One hour remains in the 2020 Petit Le Mans and it’s the #31 Whelen Engineering Cadillac DPi-V.R. that is out front with Pipo Derani at the wheel. Derani has Ricky Taylor in the #7 Acura Team Penske ARX-05c less than one second behind him.

All of the DPi runners need to make one more pitstop before the end of the race.

Derani and Taylor are 30-seconds ahead of Rengar Van Der Zande in the #10 Wayne Taylor Racing Cadillac DPi-V.R. 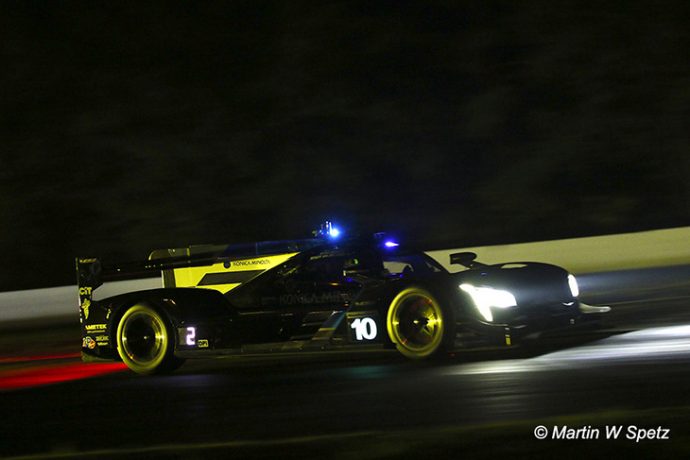 In GTLM, the #24 BMW M8 of Augusto Farfus is in the lead of the race. All of the GTLM cars are on the same pit cycle and they all need to make a final stop. 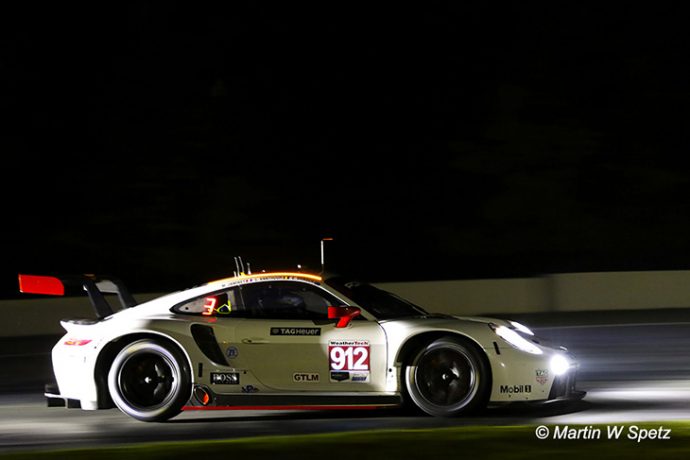 The #912 Porsche sits in second with the sister #911 Porsche 911 RSR in third, 4.601 seconds off the leader. A further 12.401 seconds behind the Porsche is the #3 Corvette C8.R. It has been stable in GTLM and Corvette’s plan to pounce in the night seems to have fallen flat.

GTD presents the only intriguing strategy with the #14 AIM Vasser Sullivan Lexus rolling the dice on an economic fuel run to try. The team has stretched their penultimate stint to make one fewer pit stop than the rest of the field. 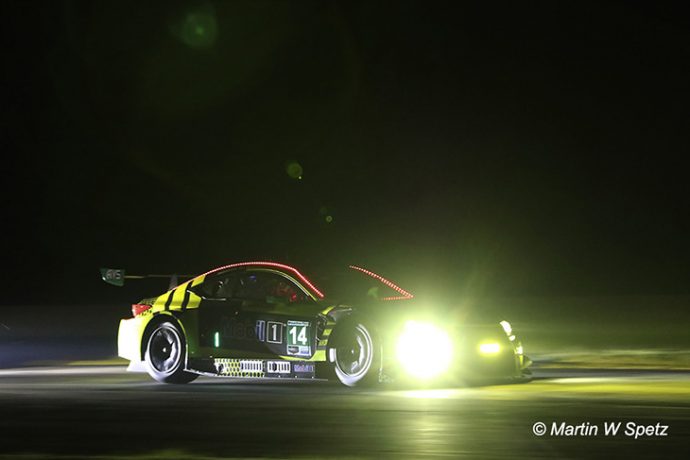 The call seems to have, but the strategy calls can only make up so much of the deficit caused by the fact that the car has lacked pace this race. The #14 Lexus is in second behind the #63 WeatherTech Racing Scuderia Corsa Ferrari 488 GT3 but may not be able to match the pass of the Ferrari.

The #12 AIM Vasser Sullivan Lexus RC-F GT3 is in third, twenty-seconds behind the leader.

In the Championship stakes, there was a disaster for the #86 Meyer Shank Acura after contact saw rear suspension damage and a lengthy trip behind the wall. The car has re-emerged but is running now for as many points as can be salvaged. The #16 Wright Motorsports Porsche is still on the lead lap, running 6th – a grandstand finish awaits! 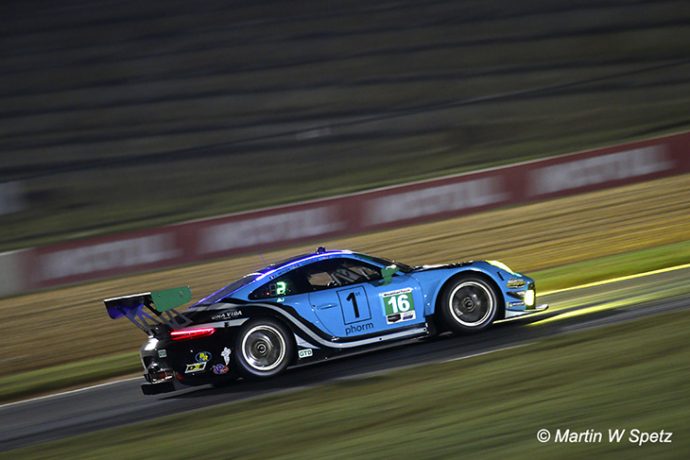 LMP2 has seen a change. The #8 Tower Motorsports by Starworks ORECA 07, involved in an incident earlier in the race, has caught and passed the #52 PR1/Mathiasen Motorsports ORECA 07 for the lead of the race, Mikkel Jensen at the wheel. 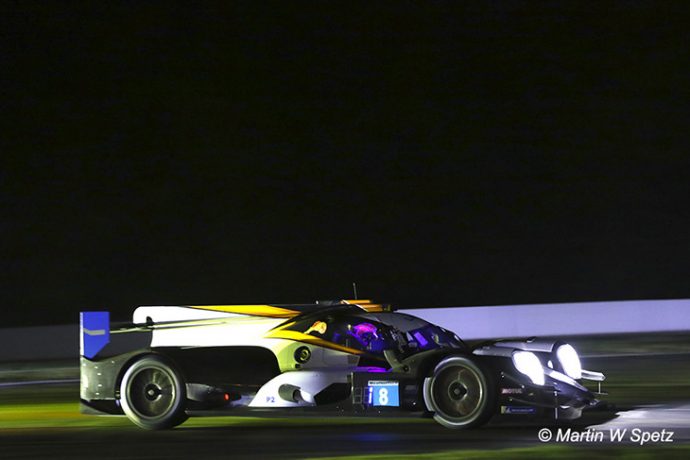 It’s a two-horse race in LMP2, both cars need to make a final pit stop but the #8 ORECA’s stop will likely be shorter as it will need less fuel.