A win for Henrik Skoog and Nick Yelloly in race one for the ADAC GT Masters at the Red Bull Ring saw BMW claim their first victory of the season and added an eighth different winner in the nine races so far inthe 2020 Championship.  The Schubert Motorsport finished well clear of Precote Herberth Porsche crew Robert Renauer and Sven Müller with third place going to another BMW, Erik Johansson and Jens Klingmann scoring a podium for their MRS GT-Racing M6 GT3.

“After our somewhat faltering start to the season, this success is an important one for the whole team,” said winner Henric Skoog at the finish. “The guys were incredibly happy. We’re now looking to excel again tomorrow.”

Henric Skoog dominated the action from the very first lap, while GRT Lamborghini pole-sitter Steijn Schothorst enjoyed his lead for only a brief moment. On the approach to Turn 3, Dutchman Schothorst was overtaken by Skoog, Robert Renauer and Erik Johansson, dropping down into fourth place. 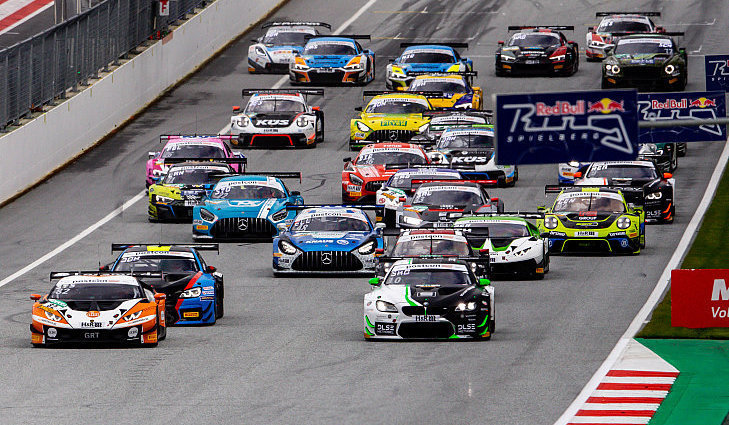 Sweden’s Skoog then controlled the race from the front as he steadily pulled away from his opponents and, after ten laps, had built up a 4.6-second lead.

His time cushion on Renauer in P2 was more than seven seconds when the pit stop window opened at the halfway point of the race. Team-mate Nick Yelloly then increased the gap to more than nine seconds to comfortably achieve BMW’s first major success of the season.

This was a maiden win in the ADAC GT Masters for both Englishman Yelloly and partner Skoog. For Schubert Motorsport, it was their eleventh victory and first since Zandvoort 2015. Skoog triumphed in the Pirelli Junior classification for the first time.

Runners-up Robert Renauer and Porsche works driver Sven Müller made their fourth podium appearance of the season and improved their position in the standings to third overall.

With a deficit of five seconds, Erik Johansson and last year’s winner Jens Klingmann came third in another BMW to register their first Top Three result of the season. After a close fight, they won through to the podium with a lead of 0.3 seconds on GRT’s Franck Perera and Albert Costa Balboa.

Currently, in second place in the overall standings, SSR Performance Porsche crew Christian Engelhart and Michael Ammermüller scored more vital points in the fight for the title, taking P6 after starting tenth on the grid in their Porsche 911 GT3 R.

Pole-sitter Schothorst and partner Tim Zimmermann had to settle for seventh place in the end.

After a difficult qualifying that brought them a lowly P24 on the grid, Rutronik Racing Audi drivers Patric Niederhauser and Kelvin van der Linde fought their way up into eighth place.

Now on 121 points, the defending champions continue to head the standings but only have a seven-point lead on their closest pursuers, Engelhart and Ammermüller.

Completing the Top Ten were the third GRT Lamborghini of Niels Lagrange and Clemens Schmid and Luca Stolz and Marko Engel in their Toksport WRT Mercedes -AMG GT3 Evo. 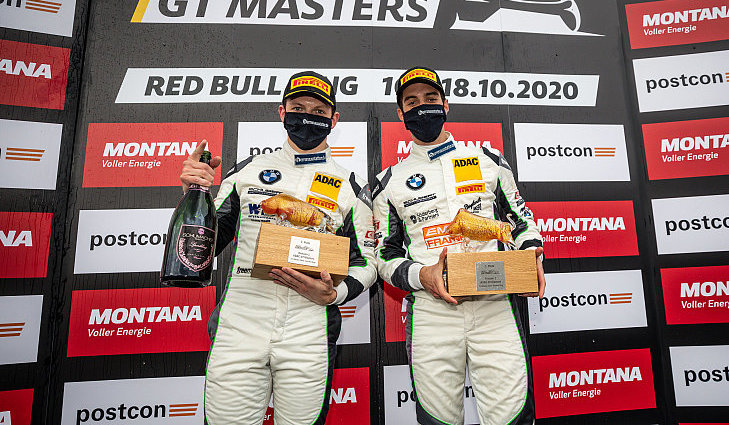 Henric Skoog: “At the start, I went through the first corner side by side with Steijn (Schothorst). Despite a minor contact, I was able to keep up with him, and I then took the lead on the following straight. From that point on, we were able to drive our own race and, most importantly, to look after our tyres. Leading the field always makes the race so much easier, which meant that we were able to post consistently clean laps. As a team, we are absolutely delighted with the victory, and we will do our best to finish in a good position in tomorrow’s race as well.”

Nick Yelloly: “Track conditions like we had today and our BMW M6 GT3 are certainly good in combination, especially as the car can exploit to the full its aerodynamic superiority here in the fast and medium-fast sections. But in any case, our team Schubert Motorsport has also done a great job and we intend to build on this going forward. We were already flying in today’s qualifying, and in the second half of the race, I was able to control our pace well. This victory has made me very happy, after all, it is the first win in the ADAC GT Masters for Henric (Skoog) and myself.”