Rene Rast, Nico Müller and Robin Frijns, currently the top three points scorers in the DTM have all been stood down from their initially planned participation in this weekend’s Total Spa 24 Hours as Audi Sport moved to a more risk-averse stance in response to the recent surge in COVID-19 infection rates.

The trio will now focus on securing the DTM title for Audi at Hockenheim on 7/8 November. 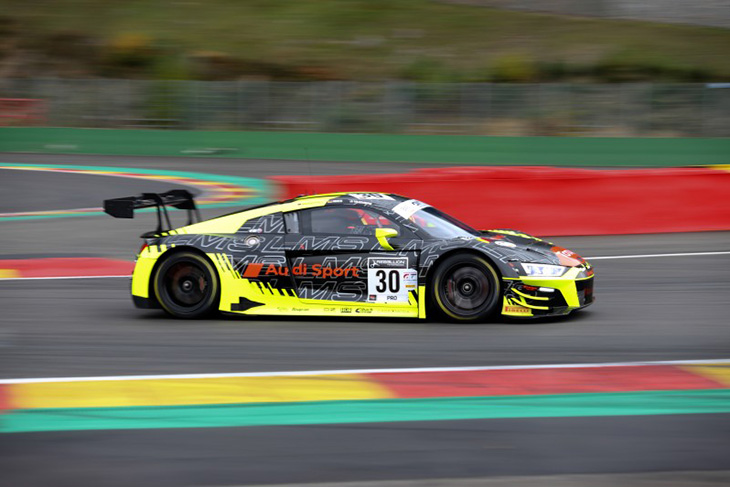 Dries Vanthoor will move across from the #30 Audi Sport Team WRT car to replace Rast in the #31 crew alongside Mirko Bortolotti and Kelvin van der Linde, while the #30 line-up will see Chris Mies joined by Matthieu Vaxivière and debutant Dennis Marschall. 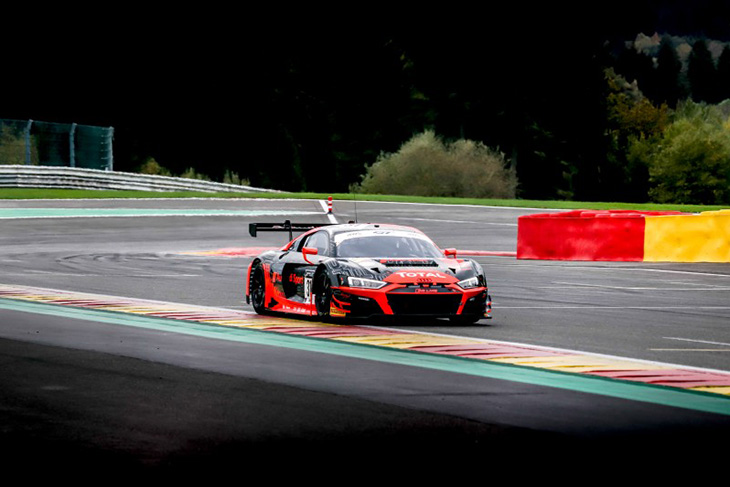 Müller’s place at Audi Sport Team Sainteloc has been taken by another Spa first-timer, Dorian Boccolacci. The Frenchman slots in alongside Markus Winkelhock and Christopher Haase, reprising the line-up that raced at Imola and the Nürburgring.

A further change announced prior to the start of track activity, sees Simon Gachet join the #55 Attempto Racing Audi crew. The Frenchman takes the place of Kim-Luis Schramm in the Silver Cup contender.

Tuesday saw a busy day of running at Spa Francorchamps with GT3 action including a pair of practice, followed in the afternoon by a three-hour Bronze Test.

The practice sessions allowed the Intercontinental GT Challenge Powered by Pirelli crews that missed the official test days to compete in the Indianapolis 8 Hour to get valuable track time.

A number of one-off Spa entrants were also on-track, and it was one of these, the #98 ROWE Racing Porsche, that ended the opening session on top. Nick Tandy posted a best lap of 2m20.809s, which would prove to be the quickest time of the day. 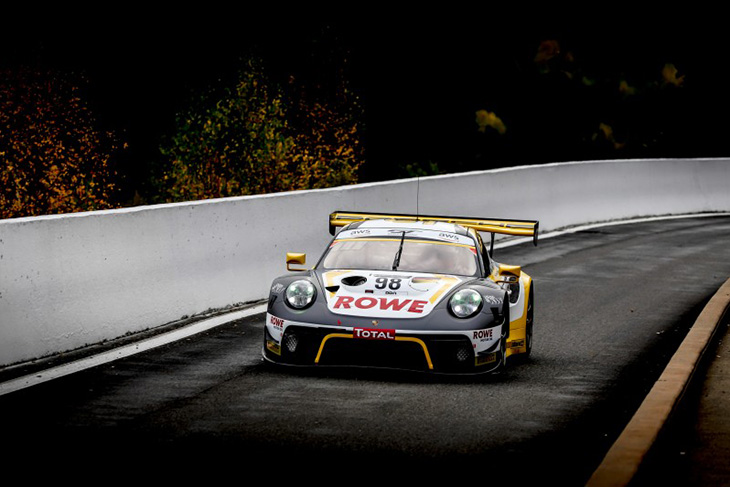 In the second session, Jules Gounon led the way in the #3 K-PAX Racing Bentley. With the weather worsening, the French ace was almost 12 seconds shy of the earlier pace.

Track conditions were even more treacherous for the Bronze Test, which followed at 15.00. The three-hour run saw all of this year’s bronze-graded drivers involved, adding up to a total of 16 cars across the Pro-Am and Am Cup classes.

The #74 RAM Racing Mercedes-AMG (pictured top)led the way on this occasion, just as it did in 2018 and 2019, posting a best time of 2m37.883s during the opening hour. The session was punctuated by three red flags, the first lasting longest after the #108 CMR Bentley hit the barriers at turn 8. The final stoppage occurred with just a few minutes left on the clock, ending the Bronze Test early.

Wednesday will see technical scrutineering take place at Spa-Francorchamps, followed by a very busy Thursday that begins with free practice at 11.10 CEST. Pre-qualifying comes next at 15.15 and will signal the start of free-to-view live streaming, which continues until Sunday’s chequered flag.

Qualifying gets underway at 18.55 on Thursday evening and will establish the 20 Super Pole contenders while also setting grid positions 21 through 56. Then, at 20.35, competitors will undertake 90 minutes of night practice in preparation for the race.

Friday’s focus is Super Pole, with live coverage beginning at 18.20. That just leaves the race, which gets underway at 15.30 on Saturday afternoon. It will conclude the following day at 14.30 CET, with the end of Central European Summer Time meaning that clocks will move back by one hour at 03.00 on Sunday morning.