The Audi Sport Team Attempto call for wet weather tyres in marginal conditions at the 20-hour mark proved to be a decisive move as most of the other major contenders opted to stay out on slicks, a move that seemed for a lap or to be the correct one until the rain turned it up from drizzle to something on the more insistent side of things, that saw Frederic Vervisch make his way by Markus Winkelhock and pulling away.

Behind the Audi pair, there was a chase underway by the #51 AF Corse (that has led this morning) and #72 SMP Racing Ferraris before the second-placed Audi and both 488s finally pitted for wets. That left the #66 with a big lead, c.100 seconds and the trio behind squabbling for position, the #72 eventually going by for third, Rigon on Pier Guidi with a gutsy pass around the outside.

All but the #98 Porsche of the chasing pack have fallen off the lead lap for now and there be a penalty looming for the ROWE car.

The remaining positions in the top ten are in the hands of the #4 HRT AMG, #12 GPX Porsche, #54 Dynamic Porsche, #29 Honda Racing NSX and #22 Frikadelli Porsche. 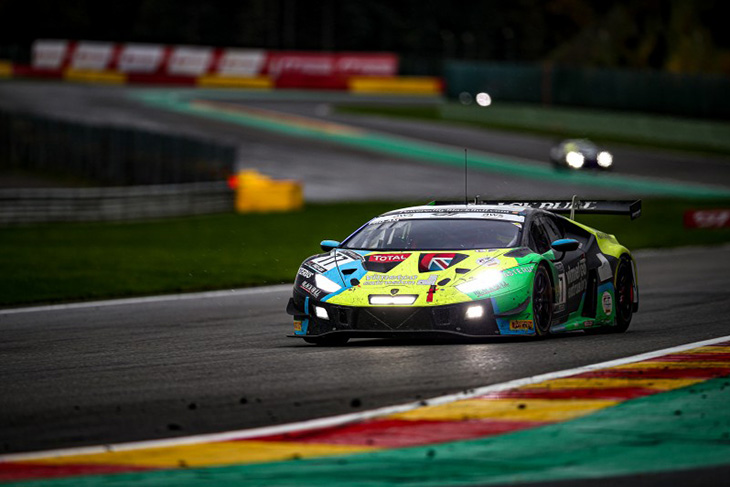 The class battles remain as they were at dawn, the #77 Barwell Lamborghini and #23 SKY Tempesta Ferrari duking it out in Pro-Am, the #5 HRT AMG still with an advantage to the #84 HTP Mercedes in Silver Cup. 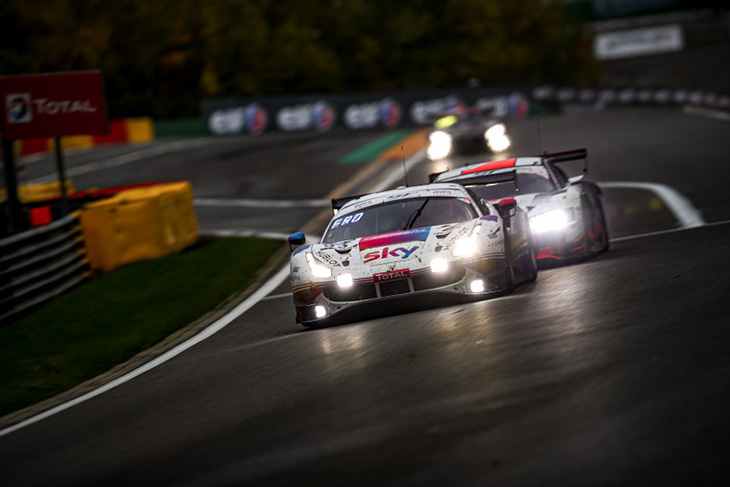 The race went back to Full Course Yellow at the 21-hour mark, the #33 WRT Audi the latest casualty, out of the race at Raidillon with Benji Goethe having gone off and into the tyre barrier hard, the driver reported to be OK but the caution period set to shake up the order once again as teams opt to pit its eight cars on the lead lap.