A press call at Silverstone yesterday saw the wraps taken off the McLaren 720S GT3 that will be campaigned by Jenson Button and Chris Buncombe for Jenson Team Rocket RJN in the 2020 Intelligent Money British GT Championship’s season finale, the Silverstone 500 on 7/8 November. 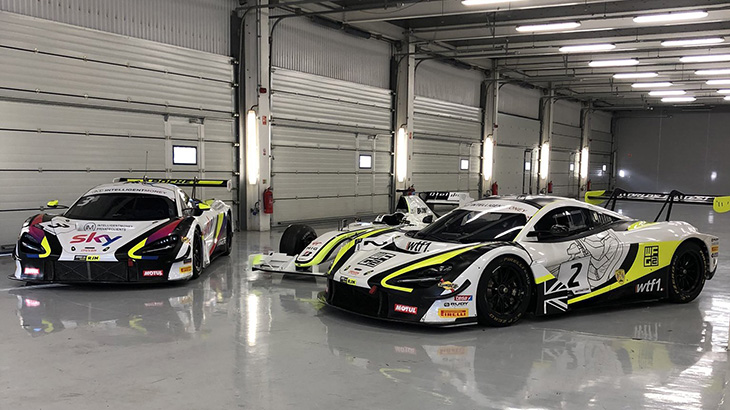 The McLaren, and its full season team stablemate, campaigned by Michael O’Brien and Worlds fastest Gamer graduate James Baldwin were in good company as the title-winning 2009 Brawn GP BGP001 was wheeled out for the occasion too! 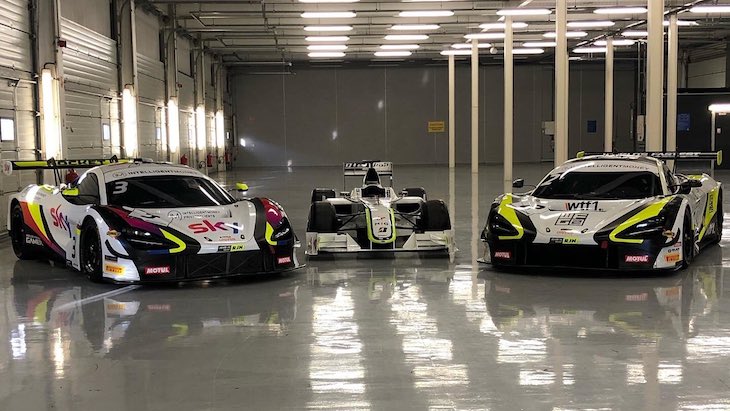 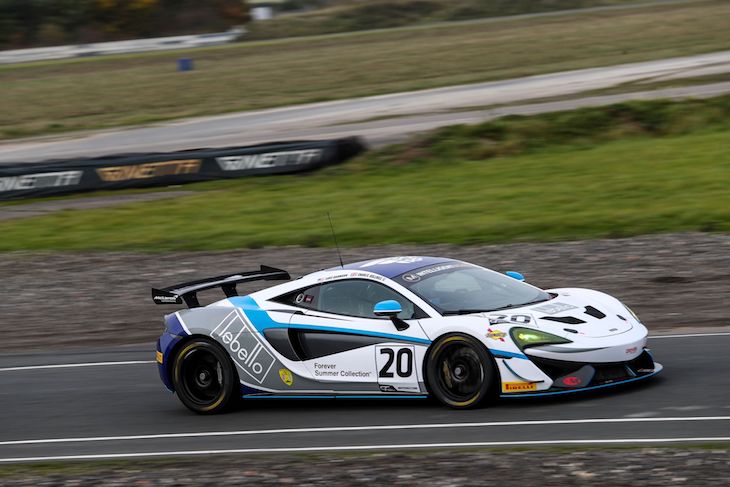 The duo are joined by two more Pro/Am crews: full-season entrants Mia Flewitt and Euan Hankey, and race-by-race returnees Jan Klingelnberg and Warren Hughes who made a one-off appearance at Donington earlier this year.

Dahmann, like Flewitt, joins the British GT fold after contesting the one-make Pure McLaren GT Series. He will drive alongside experienced sportscar driver Charlie Hollings, who recently competed in the 2019-20 FIA World Endurance Championship and whose last British GT appearance came in 2017 aboard In2Racing’s 570S. He has also previously contested the GT3 and GT4 classes.

“After a couple of years on track doing some classes and coaching, I wanted to get more competitive, one thing led to another, and I did Pure McLaren and really liked it,” said Dahmann. “It is a fantastic programme to get you ready to race professionally. I wanted to apply the skills I have learned to the international field and I think the UK is the best place to do that, racing with a very competitive group of people.

“Charlie is not only a very skilled driver but also a skilled coach, so I have learned a lot of things from him. I am a very competitive person so if I see someone coming past me, I will push as much as I can! You build these plans, work hard to get fit, and when you see the car and it looks great it kind of completes the entire package.”

Hollings added: “It’s great to be back in the British GT Championship and this known environment. The appeal for Lars is the ability to measure himself against the competition. Now we’ll have competitors in the same class and so it helps to work a bit harder and to dig a bit deeper for the competitive edge.”

John Dhillon and Phil Quaife will both make their first Intelligent Money British GT Championship appearances for more than six years at the Silverstone 500 on November 7/8 as part of Scott Sport’s Ferrari GTC entry, this the second ‘Cup’ class Ferrari entry to have been confirmed for the season finale. 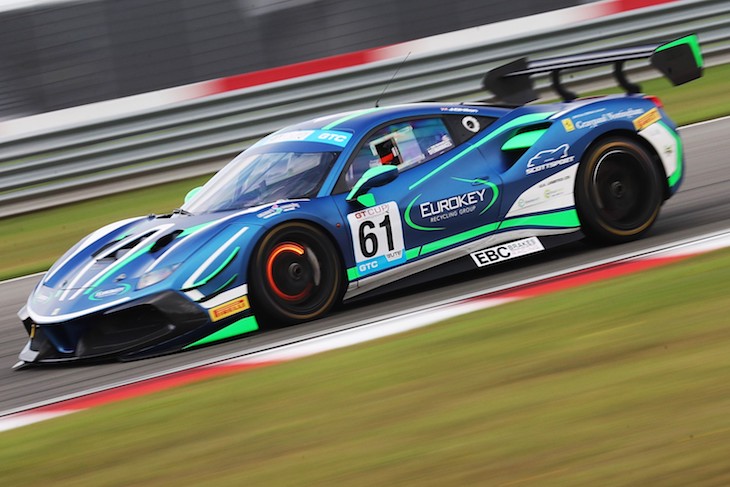 The pair have campaigned the same 488 Challenge Evo in GT Cup this season, while Dhillon has also raced in the Scuderia’s one-make European series since 2018. His affinity for the manufacturer extends to British GT where he last competed in 2014 with AF Corse and the previous-generation 458 GT3.

Quaife, meanwhile, will make his first British GT start since 2009’s season finale at Brands Hatch where he raced Barwell’s invitational Zytek-powered Ginetta. He also scored a class victory with Motorbase as far back as 2005.

“After 12 years it’s great to be making a British GT comeback in the 488 Challenge with Scott Sport and John Dhillon,” he said. “GTC will open up a new class for BGT and we hope to see many cars line up on the grid at the start of the Silverstone 500. John and I have already enjoyed some success together with the Ferrari this year and I hope we can continue that going into our last race of 2020.”

Further race-by-race entries – including GTC – will be announced in the coming days with organisers expecting at least 30 cars to contest the season finale next month.

The team is headed up by Dhillon’s former British GT co-driver Aaron Scott whom also runs the Ferrari in GT Cup.