The Circuit de Barcelona-Catalunya plays host to the International GT Open season finale this weekend, the grid once again a combination of the main series and the reduced grid of the GT Open Cup.

The grid is bolstered by a number of guesting entries, and the Championship title races are almost all still open with the exception of the Am class, Florian Scholze and Jens Liebhauser, at the wheel of the Mercedes-AMG of GetSpeed Performance were crowned as class Champions last time out.

For the overall title three crews are still very much in the running:

Miguel Ramos and Henrique Chaves will arrive in Spain as the championship leaders and the Portuguese pair of Teo Martín Motorsport will do its utmost to keep the position and clinch the title, which would be the second for Ramos, after the one conquered in 2015, again driving a McLaren for TMM.

Ramos and Chaves have an 8-point advantage on Louis Prette-Vincent Abril, at the wheel of the AF Corse APM Monaco Ferrari 488.

The Monegasque pair is no less motivated and despite having a points disadvantage, they have two interesting cards still to play.

They can discard a ‘zero-point’ result (in the very first race of the season) and won’t have any useful result to discount (contrarily to Ramos-Chaves, who have scored in all races and if they do so also in Barcelona, will have to drop their worst score – at the moment 8 points).

The Ferrari pair also currently have 2 race wins more than the leaders (4 vs. 2), which may be decisive in case of a final tie in points.

What shouldn’t elude Teo Martín Motorsport is the Teams’ title that the Spanish squad will probably conquer for the second time after also winning in 2016.

Behind the two leading pairs, there is another challenger, which shouldn’t be overlooked. Salih Yoluç and Charlie Eastwood, with the TF Sport Aston Martin Vantage, have won 2 races and are 20 points behind. 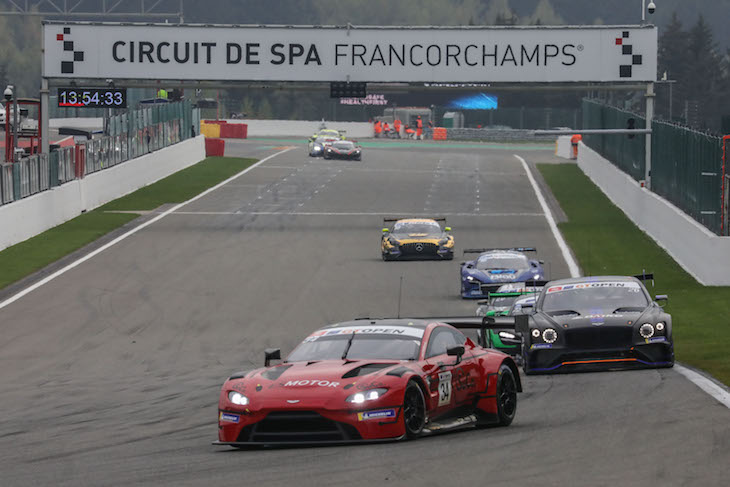 With a maximum of 30 points still to be awarded, they are still in the race for the crown.

Although cut off from the title battle, the Bentley Continental is the other Pro car expected to be at the forefront in Barcelona. Yannick Mettler and Fabrizio Crestani have already proved (at Monza) that they can win races and will want Team Lazarus, whose second car isn’t repaired after Spa’s accident, to finish the season on a high.

The final battle is no less exciting in the Pro-Am class, where only one point separates Marcelo Hahn (Teo Martín Motorsport McLaren 720S) and Patryk Krupiński-Christian Klien (JP Motorsport Mercedes-AMG). 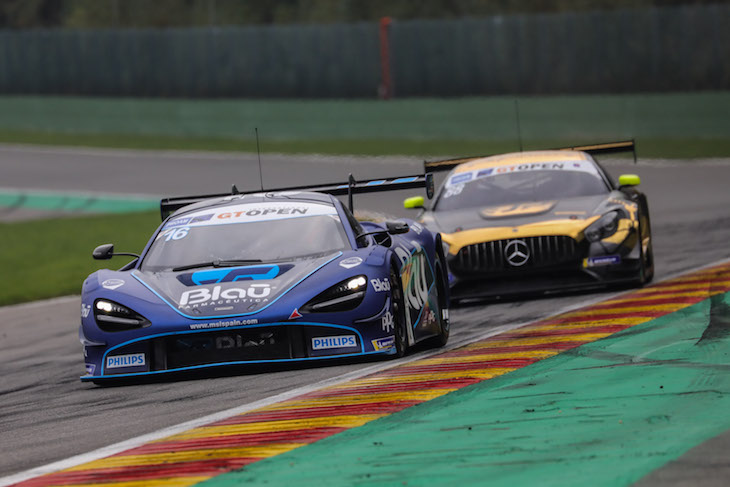 The Brazilian has scored in all events (worst result: 1 point) and has two wins to his credit; at Barcelona, he will be joined by his preferred teammate, Allam Khodair.

In Pro-Am as well, there is a potential third player still in contention, although Nick Moss will have a difficult task being 19 points behind, with 20 still to be awarded.

Like his rivals, the Briton has won two races, together with Joe Osborne, and leads the charge of the Optimum Motorsport McLarens, with Brendan Iribe-Ollie Millroy being a close fourth in the class standings.

Aside from the season regulars, there is a gaggle of guesting GT3 cars added to the entry for the finale:

We’ve written too about the return of 2017 Pro-Am Champions Balfe Motorsport with Shaun Balfe-Rob Bell, and its McLaren 720S GT3.

There are though a couple more additions to the grid as AKKA ASP enters one of its Mercedes-AMG GT3 Evos in the AM class for Mauro Ricci and Jérôme Policand, the Team Principal back in the driving seat for this one! 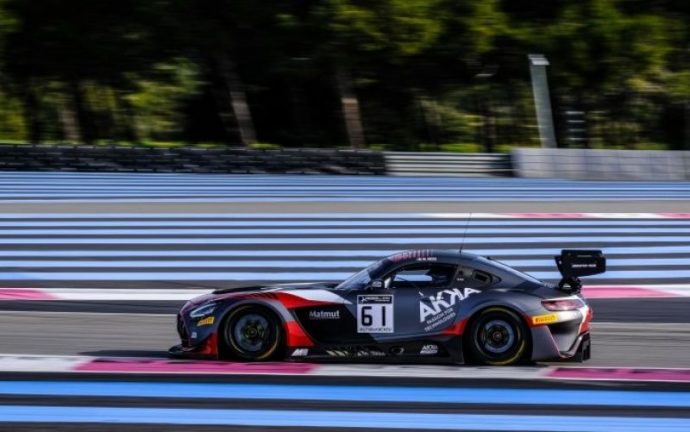