The numerically diminished GT3 class took to the track first with the sole Iron Lynx Ferrari taking on a pair of Kessel Ferraris and the Pzoberer Zurichsee by TFT Porsche for honors.

And it was Nikki Leutwiler in the Porsche that set the first benchmark time, clocking a 1.41.822 before newly crowned champion Rino Mastronardi in the Iron Lynx in the 488 GT3 stringed together a pair of incredibly fast laps, peaking at a session best 1.40.635. That time is almost three seconds faster than pole-position last year, Mastronardi making good use of the recently repaved surface at the Algarve track. Leutwiler trailed the Ferrari for the remainder of the 15-minute session but closed the gap considerably on the final lap by posting a 1.40.878 and was the only other driver to dip below the 1.41 mark.

Third and fourth went to the Kessel pair of Michal Broniszewski and John Hartshorne with the former finishing just over a second slower than pole-position man Mastronardi.

Following his session, Mastronardi was full of praise for the Portuguese track. “It is a beautiful but difficult track to learn and in testing, I struggled a bit to keep to the track limits but in qualifying it all came good and I am very pleased with this lap”

17 LMP3 machines immediately followed the GT3 session and the Graff Racing Ligier JSP320 of Rory Penttinen made the early running, clocking a 1.36.598 before being bettered by Nicolas Maulini in the Cool Racing Ligier. The #37 Ligier setting a blistering 1.35.919, taking the fourth pole position of the season and third in a row. 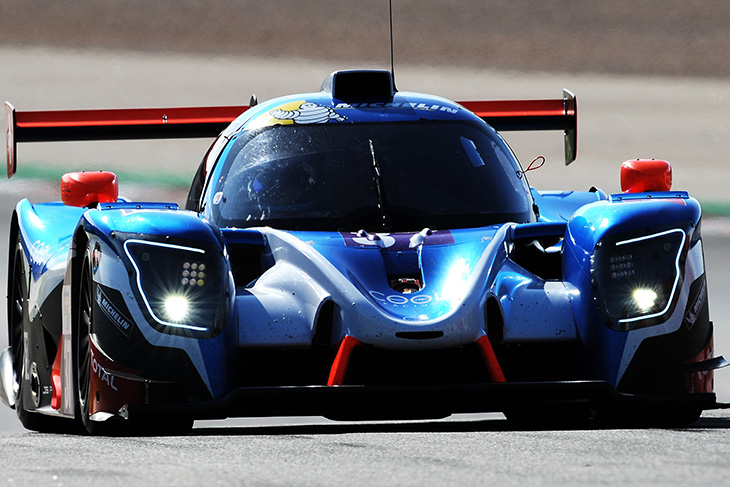 The additional point earned means that Maulini and teammate Edouard Cauhaupe remain in the title fight by taking the extra point on offer for pole-position and bringing the points deficit to the championship-leading DKR Duqueine back to 24. The DKR car driven by Wolfgang Triller, a last-minute replacement for Jean Glorieux, who misses the finale due to COVID in his immediate family, could only manage 10th, setting up an enticing fight for the LMP3 class championship

Penttinen held on to second, finishing almost seven-tenths behind Maulini and ahead of Moritz Kranz in the Mulhner Motorsport Duqeine, by far the fastest of the Duqueine entrants. Fourth went to the second Cool Racing Ligier, Maurice Smith ending up just over a second behind teammate Maulini and just ahead of compatriot John Schauerman in the leading United Autosport Ligier.

Maulini was in a philosophical mood after qualifying and ahead of what could be an incredible title decider: “This is a great comeback for me at Portimao. The last time I was here, two years ago, I left the circuit in an ambulance so this was a much better day.” For the final two-hour race of the season, the Swiss driver is clear what the Cool Racing team has to do. “We have to win. Nothing less will do.”

The Michelin Le Mans Cup race is due to start today at 14:50 local time.