Matsushita, 27, is a graduate of the Honda Formula Dream Project (HFDP), having previously won the 2012 Formula Challenge Japan series and the 2014 All-Japan Formula Three Championship. He stepped up to what is now the Formula 2 Championship in 2015, and has gone on to collect seven victories and fifteen podiums in 102 starts from 2015-17 and 2019-20. Matsushita’s last victory was a stunning upset from 18th on the grid to win the Feature Race in Barcelona this August, but with three race meetings left in the 2020 season, Matsushita parted ways with the MP Motorsport team.

Before electing to stay in F2 for a fifth season as an independent driver, Matsushita was originally projected to join Honda’s GT500 and Super Formula programmes this off-season. 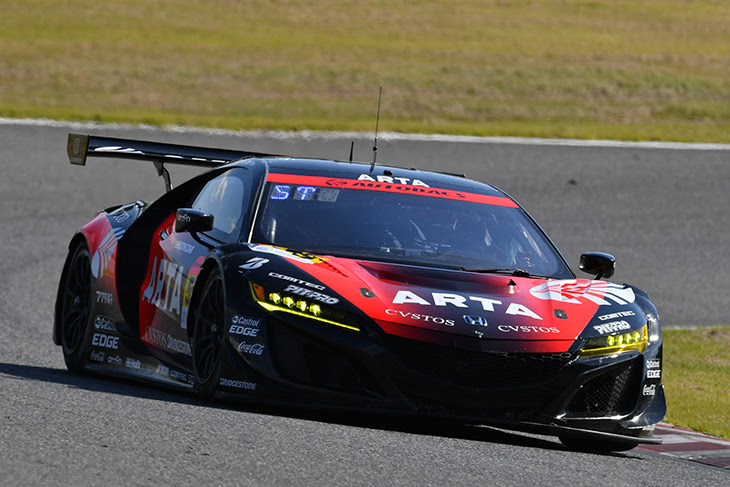 Takagi, who will be undergoing surgery on Thursday for broken vertebrae and right wrist that he sustained in a crash during the Super Taikyu 3 Hours of Okayama, was third in the GT300 Drivers’ Championship alongside current Honda young driver Toshiki Oyu. Matsushita will now partner Oyu for the remaining two races, including the season finale at Fuji Speedway on 29 November, as Oyu looks to win the GT300 Championship as a rookie – just as his forerunner Nirei Fukuzumi did last season.

Matsushita’s appointment is the latest change to the entry list for this weekend’s race at Twin Ring Motegi, which will also see Kenta Yamashita replace Nick Cassidy at TGR Team KeePer TOM’s in the GT500 class, and Ryuichiro Tomita returns to the series with GT300 minnows NILZZ Racing.

Images courtesy of Honda and the GT Association (GTA)