It was the race and Championship win for the #78 Barwell Motorsport/ Black Bull Lamborghini Huracan GT3 Evo pairing of Rob Collard and Sandy Mitchell after a rough and tumble three hours of action at the Silverstone 500.

They would finish ahead of the #6 RAM Racing Mercedes AMG GT3 Evo of Ian Loggie and Yelmer Buurman after a hard-charging effort that saw Buurman grab second on the penultimate lap from the #2 Jenson Team Rocket RJN McLaren 720S GT3 of Michael O’Brien and ‘World’s Fastest Racer’ winner James Baldwin.

GT4 saw the Championship change hands in the final 15 minutes as Jamie Caroline managed to get by the #58 HHC McLaren 570S GT4 of Patric Mathiesen, thus robbing the record books a father and son Championships in both major classes, the #58 shared by the son of the overall Champion, Jordan Collard. 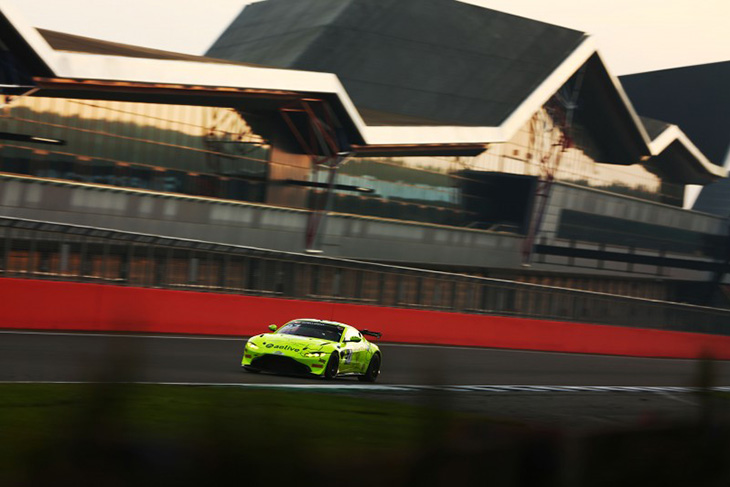 Instead, the laurels go to the #97 TF Sport Aston Martin Vantage GT4 of Jamie Caroline and Daniel Vaughan, second in class today behind the #42 Century Motorsport BMW M4 GT4 of Andrew Gordon Colbrooke and Rob Wheldon.

Completing the podium and coming home as runners up in the points chase would be the second TF Sport Aston, Patrick Kibble and Connor O’Brien.

The GTC class was won by the #16 Team Parker Racing Porsche 911 GT3 Cup of Ryan Ratcliffe and Justin Armstrong.