The fastest lap of the session went to Conway, a 1:40.114 setting up a three quarter second, two-lap average gap between the two Hybrids in the last ever LMP1 Hybrid qualifying session, the stage now set, with a 6 point gap between the two, for a battle for the race win, and the drivers World Championship for the victors. 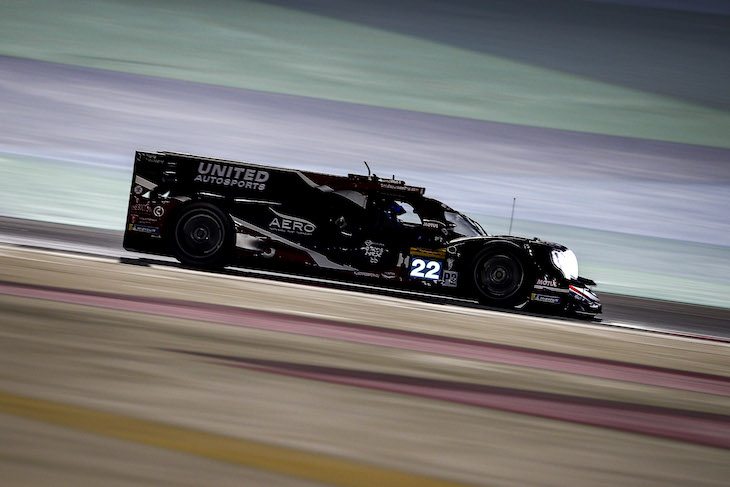 LMP2 saw a fourth pole position of the WEC season for the #22 United Autosports Oreca, Paul di Resta on qualifying duty alongside Phil Hanson, the Scot setting up the pole with the only class effort under 1:47 (1:46.768) and Hanson, after a nervy start to his effort, putting in the second fastest effort of the second drivers to secure the class pole with an average across both drivers some eight tenths of a second clear of the second fastest challenger.

That slot fell to the #37 Jackie Chan DC Racing car, Will Stevens and Gabriel Aubry putting the Goodyear-shod car on the second row of the overall grid and overhauling the #29 Racing Team Nederland car in the second part of the session.

GTE Pro saw the #92 Porsche running at the front after Michael Christensen’s first effort of the session, Nicki Thiim a quarter second down to the Porsche after his effort. 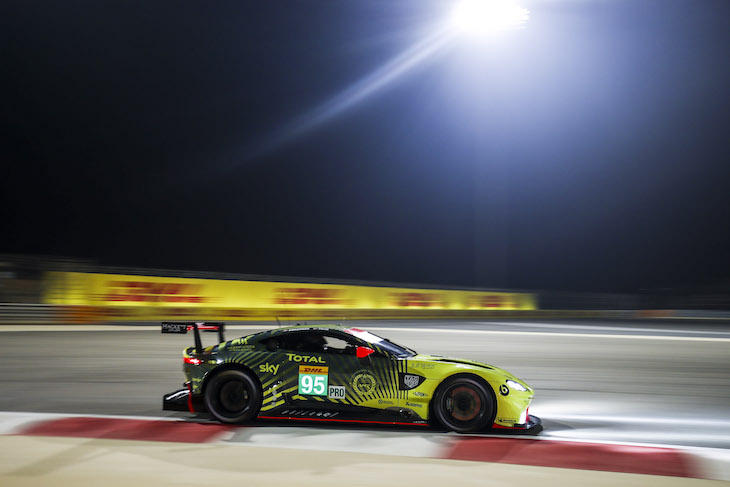 Second driver in the #92, Kevin Estre seemed initially to have done enough to secure pole but a pair of mighty efforts from Marco Sorensen, first to reduce the average gap to half a tenth, and then on the next lap to edge out an advantage to 0.068 on average, their mean time 1:56.521, secured pole for the Danish pairing in the Championship leading #95 Aston Martin, their second pole position of this longest of seasons, and stretching their points gap out to 16 ahead of the race tomorrow.

The #92 Porsche will start alongside on the grid with the #51 AF Corse Ferrari pair of James Calado and Daniel Serra a tenth back in third.

(Update: The #95 will now start second on the grid. The #92 Porsche handed back a lap that had previously been deleted for track limits – #92 Porsche starts from pole) 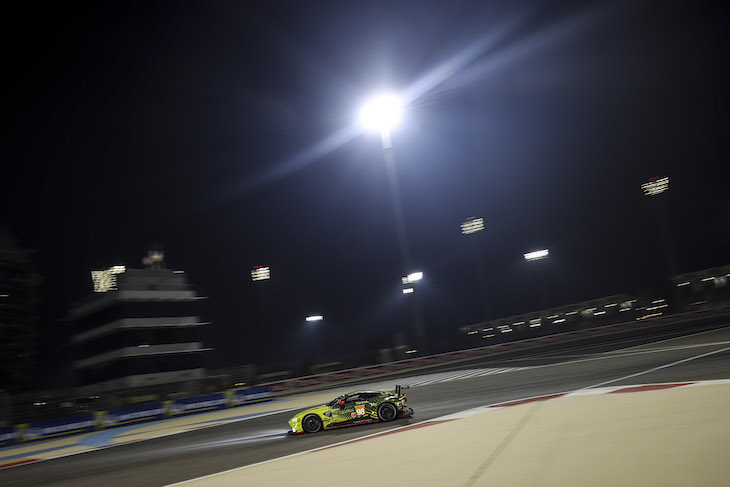 GTE-Am saw Aston Martin and Aston Martin Racing secure their first double class pole of the season (not any more, see above!) as the #98 Vantage GTE scored its first pole position for just over a year (Shanghai 2019), Ross Gunn and Paul Dalla Lana producing the goods ahead of the #90 TF Sport Aston Martin of Salih Yoluc and Jonny Adam.

Third on the class grid fell to a season’s best performance from the #62 Red River Sport Ferrari, Kei Cozzolino and Bonamy Grimes putting in fine performances on the night.