Daisuke Yamawaki, Shaun Thong, and Yuki Nemoto took the win after nearly four and a half hours of battling the #81 Daishin Nissan GT-R NISMO GT3 of Noboyuki Oyagi, Kazuki Hoshino, Ryuichiro Oyagi, and Kiyoto Fujinami for the overall lead.

The stage was set for the #888 Mercedes and the #81 Nissan to battle for the overall victory after misfortunes plagued the other three ST-X cars in the field. Just three laps into the race, the pole-sitting #777 D’station Aston Martin AMR Vantage GT3 (Satoshi Hoshino/Tomonobu Fujii/Tsubasa Kondo) went to the garage, after a collision with a backmarker broke the right-front suspension arm. The #9 MP Racing GT-R (Joe Shindo/Yusaku Shibata/Masami Kageyama/Keiichi Inoue) was given a drive-through penalty for a separate incident, when Shibata made contact with Thong and sent the #888 Mercedes off-track.

Then the #31 Denso Lexus RC F GT3 (Hideki Nagai/Koki Saga/Kazuto Kotaka/Yuta Kamimura) looked strong for at least a podium at the end of the first hour, before a series of issues with the electrical system and the engine forced them into the garage for several laps. To make matters worse, they had a last-lap collision that impacted the ST-Z class outcome.

After Noboyuki Oyagi was relieved by Super GT title contender Fujinami for the second stint in the Daishin GT-R, Fujinami ran down Hirix Racing’s gentleman driver Yamawaki to take the lead. In the third stint, Kazuki Hoshino took the overall lead back from the Hirix AMG, now being driven by Yuki Nemoto – who’d just returned from Italy to replace the injured Takagi, and put in a spirited drive to chase down the veteran Hoshino. On Lap 105, the Daishin GT-R made its third pit stop and Fujinami boarded for his second stint. Nine laps later, the Hirix AMG pitted, and Thong would start his second stint.

But with 32 minutes left in the race, the Daishin GT-R dove back into the pit lane from the lead, and conceded the top spot to the Hirix AMG. The orange Daishin GT-R didn’t have enough fuel to make it to the finish on just three stops, so the GTNET Motor Sports crew topped off the tank and sent Ryuichiro Oyagi, son of Noboyuki, out for his one and only stint to close out the race. 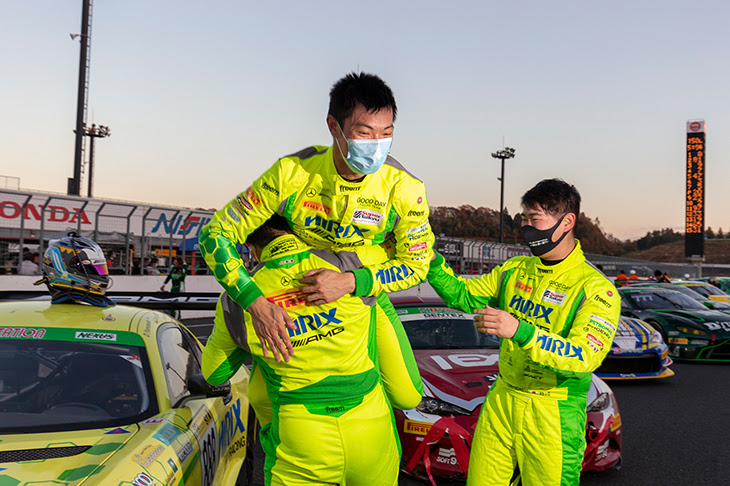 The trio of Yamawaki, Thong, and Nemoto completed 150 laps in five hours to take their second win of the season – having already taken their first win in the Fuji Super TEC 24 Hours, coming back from a spectacular pit lane fire to outlast the competition and take the victory.

It was a close call for Mercedes-AMG Team Hirix Racing just to make this race: Their car was totalled after Okayama, and they just managed to secure a backup from an acquaintance in Japan in time for the race. Thong and Nemoto weren’t formally confirmed as drivers until the start of the weekend, as there was a chance that they may have had to withdraw before running. Instead, they once again showed incredible resolve to take the victory and extend their lead in the ST-X Championship standings.

“Since I am also the manager of the team, I had to decide whether or not to arrange for another car and race, so I am really happy with the results,” said Yamawaki. “The two youngsters [Thong and Nemoto] worked very hard. We were very concerned about fuel consumption, but I’m glad that the race ended as planned and according to our strategy. I think the Mercedes is good for long-distance races because it doesn’t lose much time in the pits. It looks like everyone will be able to get home safely today, so I’m really happy about that.”

“Not only are we happy to get our second win of the season, I was also happy to win the Fuji 24 Hours, but it must have been difficult for the team to get a new car after what happened in Okayama, and it must have been difficult for Mr. Yamawaki, who has been working as the team manager as well. So I’m really glad I won today. Fuel was fine at the end, the team managed that part of the race very well.”

“To tell you the truth, this is my first time racing a GT car at Motegi, and there were some things I had to think about, such as how to handle traffic, so I think this was a race where I learned how to become even faster in the future,” said Nemoto. “Overall, my average lap times weren’t too bad, I was able to run a stable race without breaking anything, which is a good thing because I think I’ve grown from the past.”

The #81 Daishin GT-R finished 1 minute, 8 seconds behind in second overall, and the #9 MP Racing GT-R finished a lap down in third overall. The #777 D’station Vantage GT3 drove hard til the end, but still ended the day four laps down in fourth. As for the #31 Denso RC F, they finished 11 laps down, in 14th overall and fifth in class. 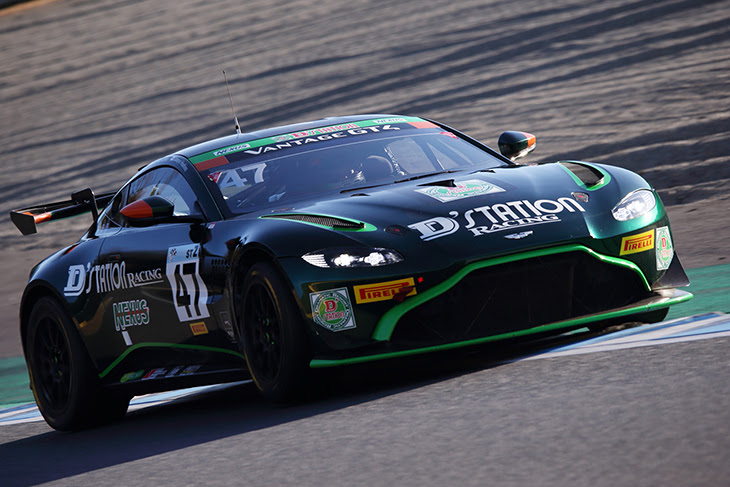 While D’station Racing’s GT3 entry had a tough day, their #47 Aston Martin AMR Vantage GT4 prevailed in a fantastic battle for the ST-Z class victory, with drivers Tatsuya Hoshino, Manabu Orido, and Takuro Shinohara taking the victory and fifth place in the overall results – taking the Vantage GT4’s first-ever victory in the Super Taikyu Series as well!

The ageless veteran Orido was locked in a showdown with the championship-leading #3 Endless Mercedes-AMG GT4 (Yuudai Uchida/Hideki Yamauchi/Tsubasa Takahashi/Togo Suganami) in the last hour. Suganami, who has already won at Motegi in Super GT this year, got in the car for the final stint and emerged with a narrow lead, but Orido had closed to within a second in the final twenty-five minutes, and just five minutes later, the gap had been completely erased. On Lap 134, the two were door-to-door through the corners, but it was Orido who finally made the move for the lead and the victory, as Suganami couldn’t keep pace with the Endless AMG’s 60 kilogramme Success Ballast handicap.

The final margin of victory was 5.240 seconds between the D’station Vantage GT4 and the Endless AMG, who each completed 142 laps. And as the final lap began, the #23 TKRI Matsunaga AMG GT4 (Daisuke Matsunaga/Yuya Motojima/Tetsuya Moriyama), which had been in that lead battle for most of the race, was expected to consolidate third place.

But on the final lap, Moriyama was hit from behind by the ST-X class #31 Denso RC F, and ended up beached in the gravel at Turns 1 & 2. Without taking the chequered flag, the TKRI AMG was not even classified in the end, and Motojima had to show restraint in commenting on social media after the race.

The last spot on the ST-Z podium went to the #500 5Zigen AMG GT4 (Ryuichiro Otsuka/Takayuki Aoki/Yuya Sakamoto), who finished 45 seconds behind the Endless AMG. Fourth in class was the #20 SS/YZ Studie BMW M4 GT4 (Hirokazu Suzuki/Takayuki Kinoshita/Jukuchou Sunako), another 55 seconds back. 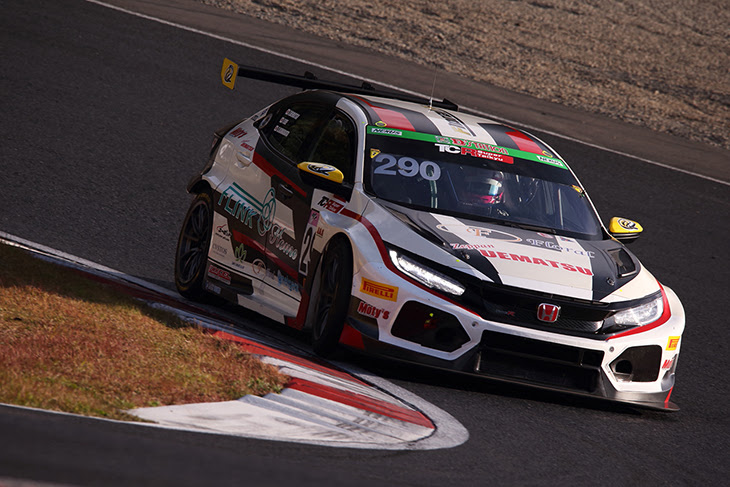 Honda took a 1-2 finish in the ST-TCR class, as the #290 F-Link Home Civic TCR of Tadao Uematsu, Yuji Ide, and Shintaro Kawabata took its second victory of the season (10th overall), seven seconds ahead of the #97 Racer Honda Cars Okegawa Civic TCR (Mitsuhiro Endo/Hiroki Otsu/Syun Koide). Kawabata was able to maintain a steady margin over Honda-backed F4 prospect Koide after the final round of pit stops, and unlike at Sugo, there was no worries about fuel. 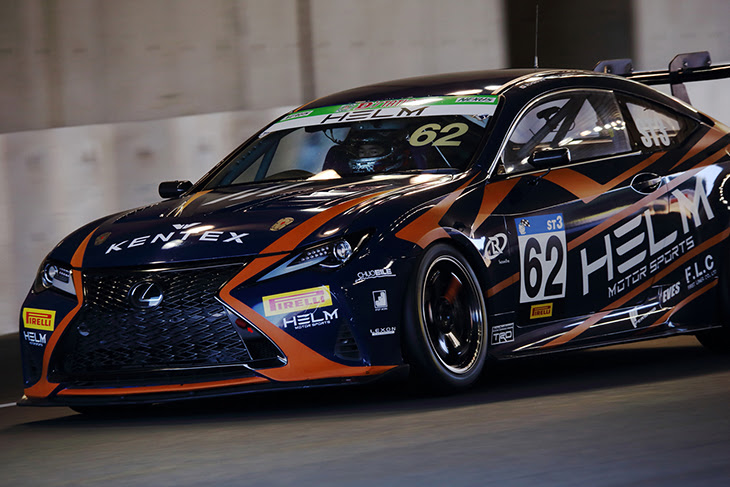 In the production classes, ST-3 class victory (17th overall) went to the #62 HELM Motor Sports Lexus RC 350 of Reiji Hiraki, Yuya Hiraki, and Tomoki Takahashi. Just the second race for the Hiraki brothers’ upstart team, born from the now-defunct Le Beausset Motorsports – and a victory from pole position, this despite a broken shifter lever suffered early in the race. Takahashi, a top performer in the Formula Regional Japanese Championship, was a late replacement for Ai Miura, but it was Yuya Hiraki’s two stints that really powered their maiden victory. 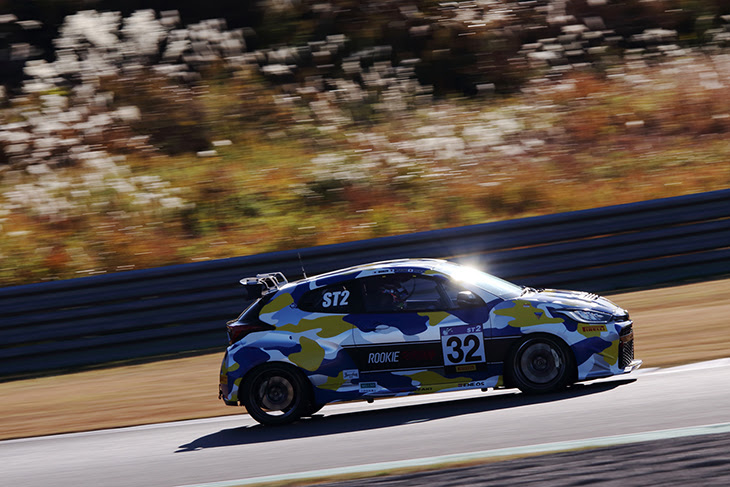 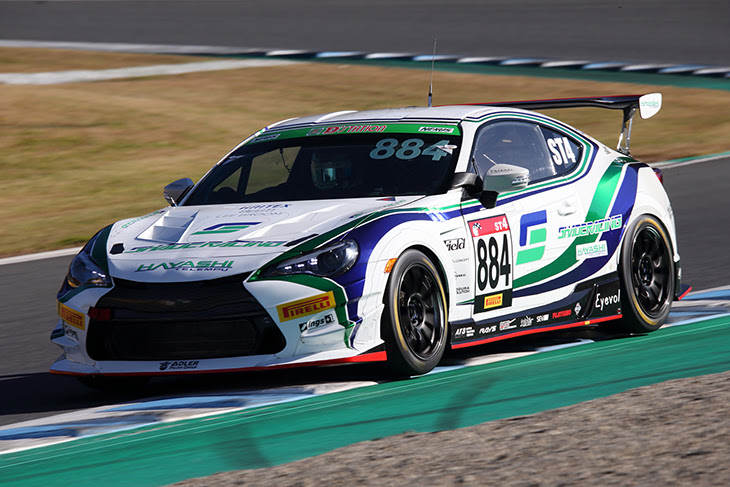 The #13 Endless 86 (Ryo Ogawa/Ritomo Miyata/Takamitsu Matsui) was running 2nd with half an hour remaining, but lost drive on the backstretch and finished 3 laps down. 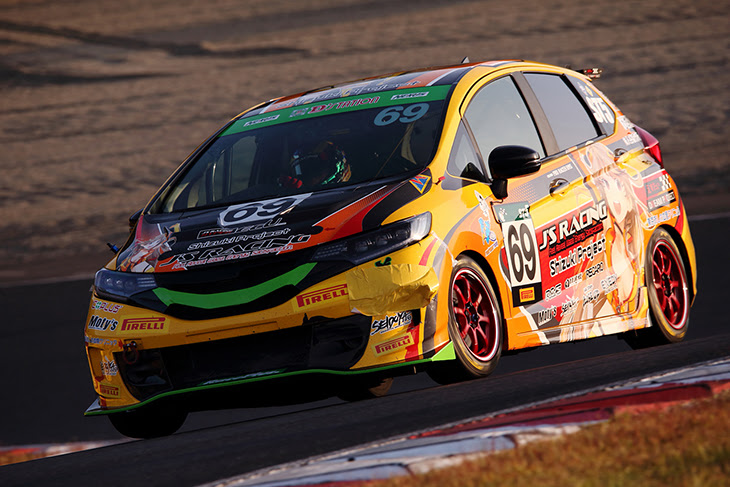 The penultimate round of the 2020 Pirelli Super Taikyu Series takes place on 13 December, for another five-hour race at Autopolis International Racing Course.