GT World Challenge Asia class winner Ye Hongli took the win in the Macau GP GT Cup on Sunday, his #33 Toro Racing Mercedes-AMG continuing a run of success for the marque that now numbers five event wins around the Guia street circuit in the past seven years.

Ye was initially set to start alongside Qualifying race winner Darryl O’ Young on the front row for the main race but the Hong Kong Racer and Craft Bamboo co-owner was dealt a time penalty from the Saturday qualifier that dropped him out of a top ten start slot after being adjudged a start process infraction.

That promoted the Toro Racing man to pole position and he would convert the advantage into a win with the race, once again, interrupted by a Safety Car and brought to an early finish by a red flag. 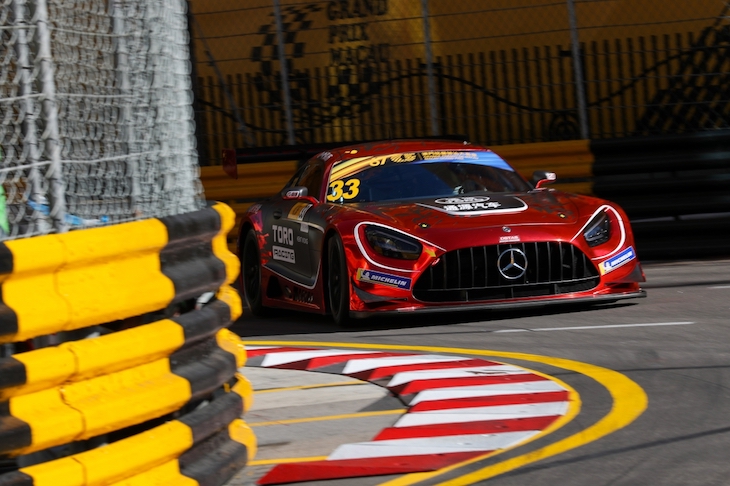 That early finish saw Darryl O’Young robbed of a deserved podium finish, the Hong Kong man having powered through the field from his 11th place grid slot, taking third from the TSRT Audi of Weian Chen on Lap 9 and closing in fast on the second-placed car, Chen’s R8 hampered by a deflating tyre.

O’Young though, would be out of luck, losing the chance to progress further and even the podium place as the Red Flag brought the race to an end on the same lap, the results called per the positions at the end of the previous lap, Chen would take the final podium slot, O’Young fourth! 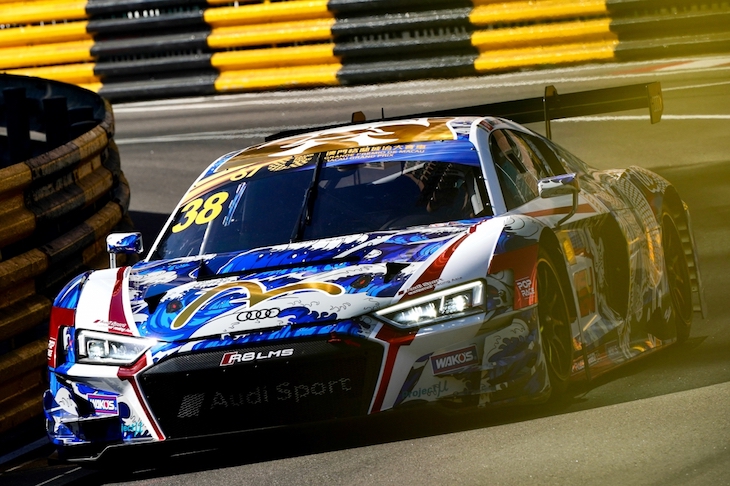 Upfront, Ye was initially fighting off the attentions of Marchy Lee in the #38 X Works Audi but managed to break the tow before the red flag and was almost 5 seconds clear on the adjusted result.