Audi Sport has confirmed that they will enter the Intercontinental GT Challenge next season, its sixth year in the global GT3 series with factory-backed efforts at all four planned rounds (Spa, Indianapolis, Suzuka and Kyalami). 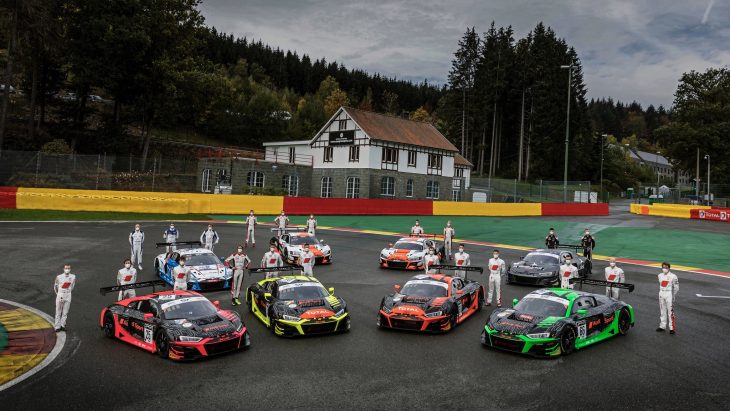 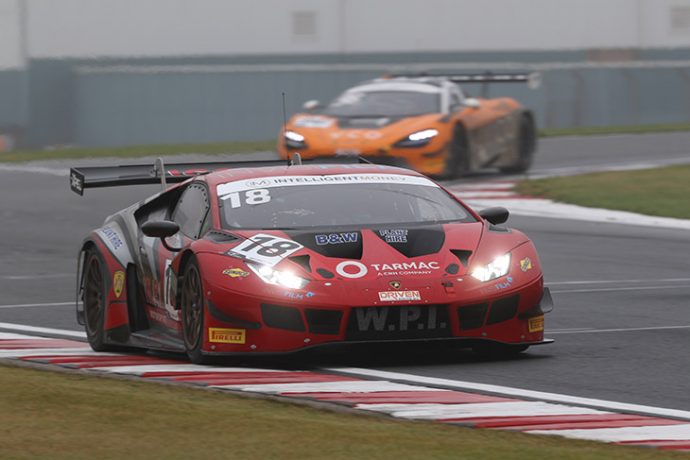 Keen was third in this year’s standings alongside Adam Balon after previously finishing runner-up three times with Jon Minshaw.

Igoe, meanwhile, returns for a third domestic campaign after claiming his and WPI’s first GT3 victory earlier this year at Donington Park with Andrea Caldarelli.

NovaRace have opted to race one of their pair of newly acquired Honda NSX GT3s in this weekend’s Italian GT Championship finale at Vallenunga. Team and car owner Luca Magnoni will race together with JAS Motorsport test and development driver Marco Bonanomi. 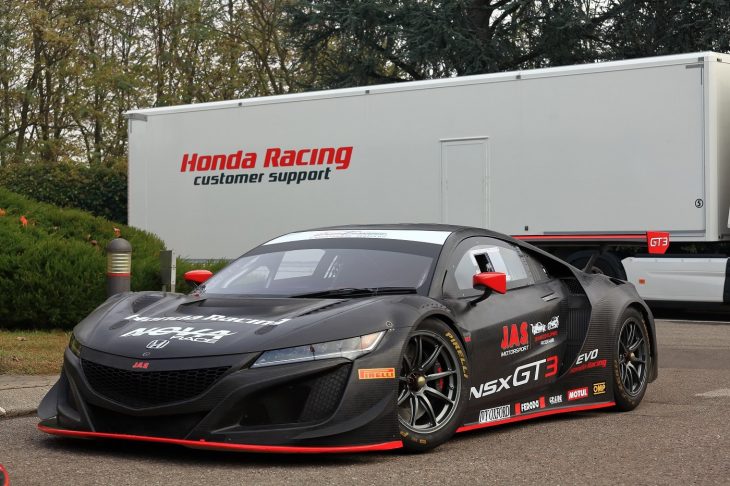 Bleekemolen Confirms No Drive With Ben Keating in 2021

After 7 full seasons together Jeroen Bleekemolen will not race with Ben Keating next season in IMSA or the FIA WEC. 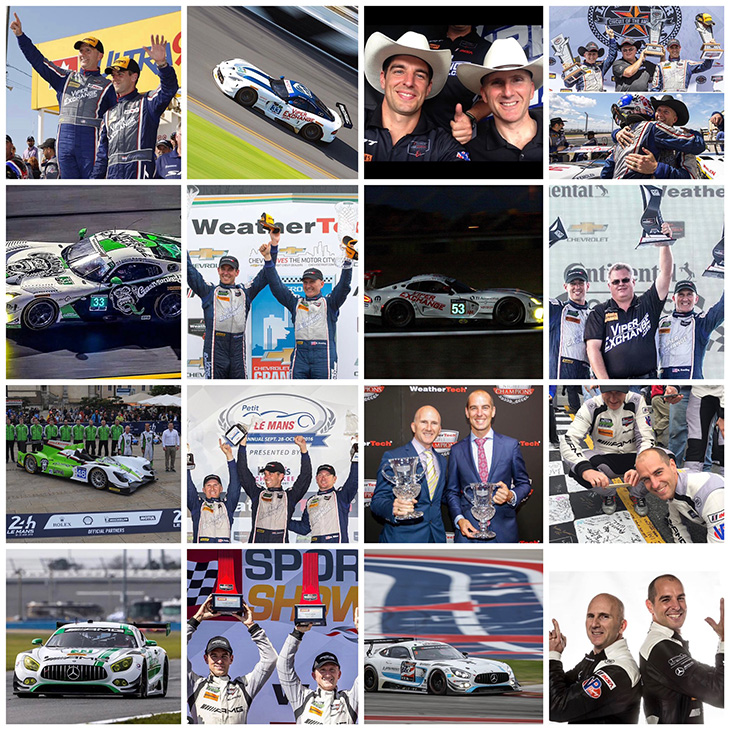 The pair have shared drives in a vast array of machinery including Oreca LMP2, GTE class Ford GT, Porsche 911 RSR and Ferrari 488 GTE and SRT Viper and Mercedes AMG GTD. 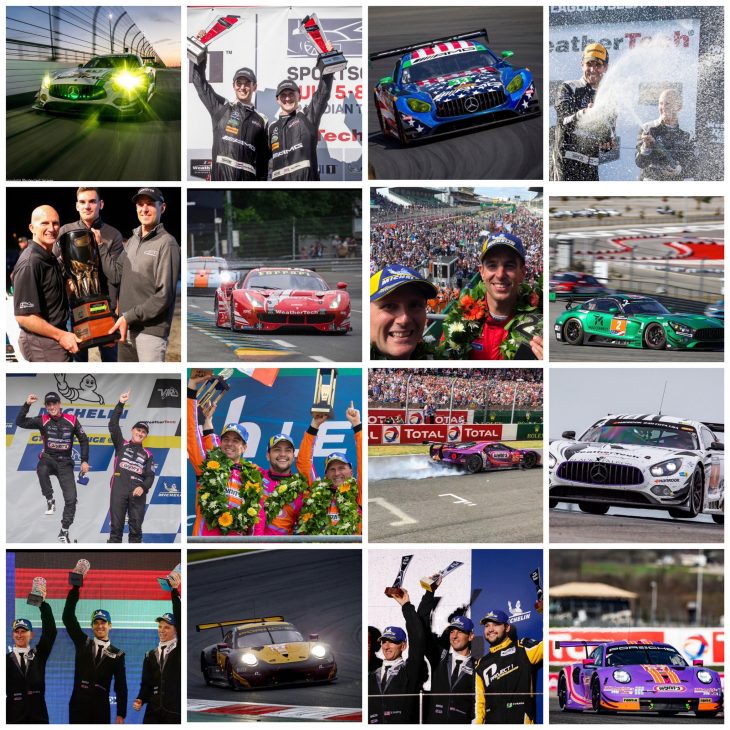 “It has been an incredible ride on and off track. 76 races, 14 wins, 26 podiums, 3 North American Endurance Championships,” said Bleekemolen in a social media post. “Thanks for all the great times. Looking forward to new challenges ahead.” 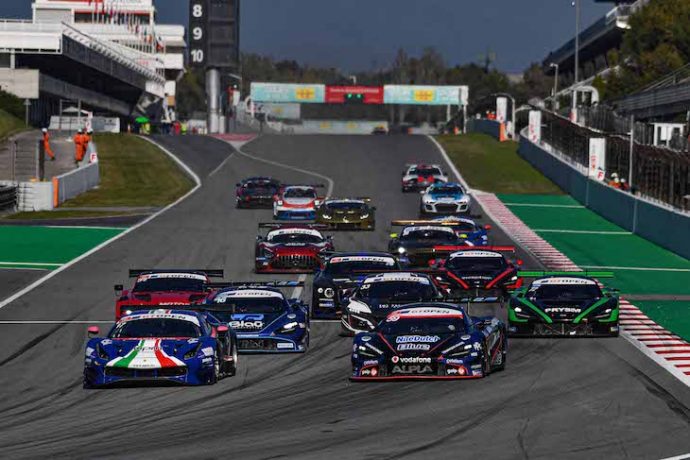 In order to reduce logistics and costs, GT Sport has opted for holding only one Winter Test ahead of the 2021 season, but on an extended format (3 days). Allocation of track time between the three series will be announced shortly, together with the timetable.

Stéphane Ratel took delivery of a new Audi R8 LMS GT2 last month, the latest addition to a personal fleet that has repeatedly shown faith with the plans he has laid out for the future of GT racing.   The Audi joins a Venturi 400 Trophy, an Aston Martin DBRS9 and a first-generation Bentley Continental GT3 in Stéphane’s collection (all of which he has raced). 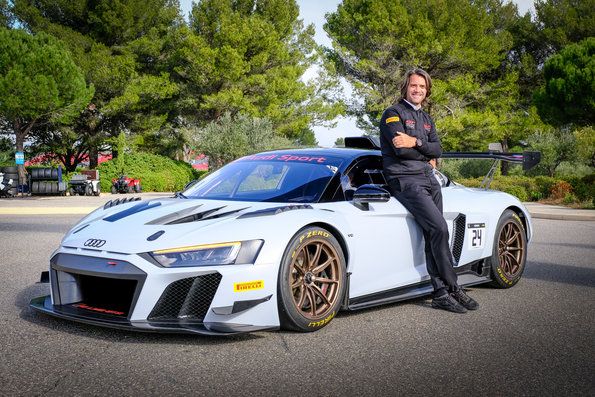 “I was very happy to see Audi become one of the first manufacturers to launch a GT2 model and, after taking the opportunity to test drive the car, I was convinced to purchase one myself.

“This will help launch the new GT2 European Series, which will race next season as part of our enhanced GT Sports Club program. Just like its GT3 equivalent, I expect the Audi R8 LMS GT2 to be very popular with customers as the series develops.”

Porsche Carrera Cup Deutschland will race alongside ADAC GT Masters six times in 2021 and will continue as a key part of the package into 2022. 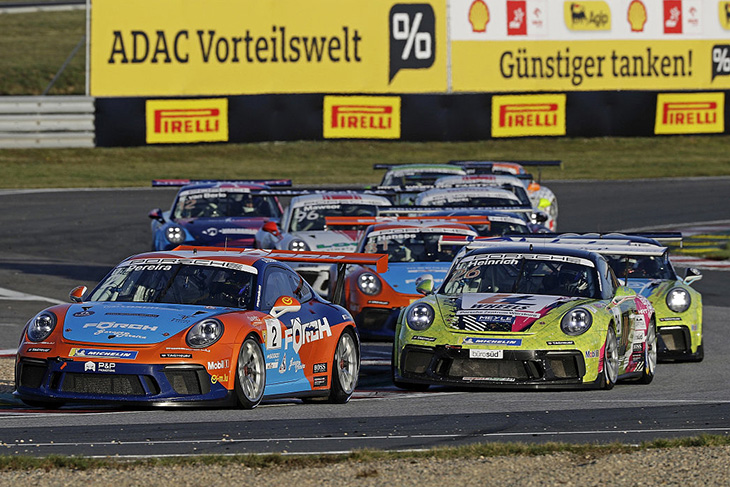 ADAC has announced a new racing package for 2021.

The ADAC Racing Weekend includes a total of five events in Germany and the Netherlands. 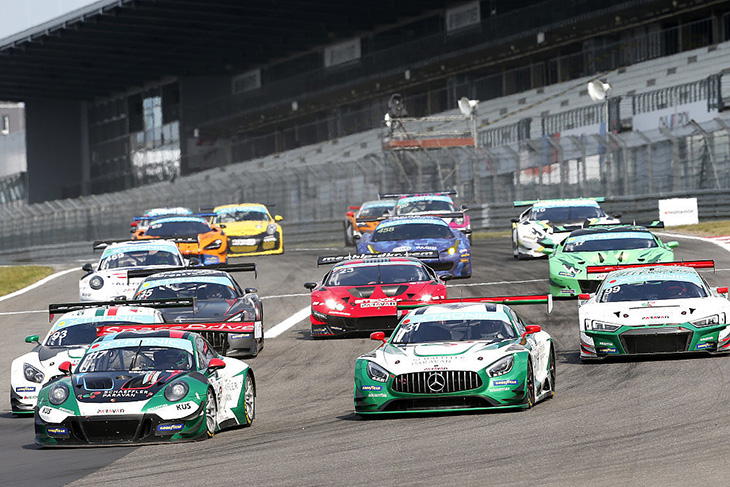 The GTC Race (Gran Turismo Cup) is the main series and competes at all race weekends. The platform will host two events that have existed for decades, and three new events will find their semi-professional and amateur motorsport home under the umbrella of the ADAC Racing Weekend. There will be a live stream for all events, which will be broadcast on various online channels.

A fixture in the German motorsport landscape since 1990, in addition to GT3 and GT4 vehicles, various one-make cup cars from Porsche and Lamborghini are eligible to compete in the GT series. The format of the GTC Race provides for two sprint races over 30 minutes each, as the third race of the weekend the “Goodyear 60” completes the program of the series with a race duration of 60 minutes and a mandatory pit stop.

“We are committed to popular sport at the ADAC Racing Weekend, on the one hand, to give traditional events a future, but on the other hand to give new series in the semi-professional sector a good basis. The racing weekends are mostly organized on a voluntary basis by experienced ADAC local clubs. We want to do this with our support contribute to ensuring that this type of event continues to exist and at the same time gives popular motorsport its own permanent and sustainable platform. We are pleased that with the GTC Race, a strong traditional series is involved as the main series at the ADAC Racing Weekend. The GTC has now been around for 30 years Race to the top popular sport series in Germany “, says ADAC sports president Hermann Tomczyk.

The five ADAC Racing Weekend events planned for the coming year will be organized by ADAC regional and local clubs. The dates are coordinated with the events of the ADAC GT Masters and the ADAC GT4 Germany. This enables teams from both series to expand their activities to the new ADAC platform 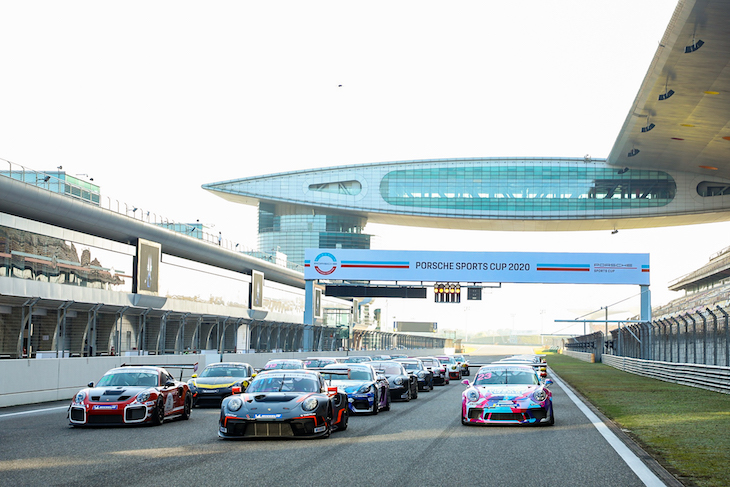 With Porsche celebrating 20 years in China next season, the series will be amongst the first of the region’s international championships to return to the race track and will also be one of five Porsche Carrera Cup series worldwide, in addition to the Porsche Mobil 1 Supercup, to debut the new Porsche 911 GT3 Cup (Type 992), which will be unveiled on 12 December.

The new season will support the Chinese Grand Prix on 9/11 April, with a second F1 support in Singapore on 1/3 October as well as the Suzuka 10 Hours on 20/21 August. The other four events in Zhuhai, Zhuzhou, Ningbo and a second Shanghai weekend will coincide with an expanded Porsche Sports Cup China calendar.

Due to travel restrictions in the region which will likely still be in place at the start of next year, the first eight rounds of the season will make up the PCCA Porsche China 20 Years Trophy, with the overall 2021 Carrera Cup Asia comprised of the final seven rounds.

Since its inception in 2003, Porsche Carrera Cup Asia has helped to bring both Pro and Am drivers through the ranks, such as double series champion Earl Bamber who is now a Porsche factory driver, and 2018/19 FIA World Endurance Championship LMGTE Am Drivers’ champion Egidio Perfetti. To further accommodate every skill level, the Am class will debut in 2021 alongside the existing Pro and Pro-Am categories.

Daniel Schmollinger, Vice President Marketing, Porsche China: “2021 will be 20 years since Porsche first established itself in China and the upcoming Porsche Carrera Cup Asia season is set to honour that with a brand-new Porsche 911 GT3 Cup, a great calendar and, of course, some fantastic racing. Motorsport is in Porsche’s DNA so we are very happy to not only be the first single-make championship to return but also that we can accommodate those unable to complete the full season and still offer a strong package as a series.”

Alexandre Gibot, Head of Porsche Motorsport Asia Pacific: “We are very pleased to announce that we are back. Porsche is fully committed to returning to the race track with our customers and although we have been able to host two Porsche Sports Cup China events this year, this is a true marker towards going racing again. 2021 is an important year for us, as we celebrate 20 years of Porsche China and welcome a new generation of the Porsche 911 GT3 Cup which we are very excited to debut in Porsche Carrera Cup Asia as it reaffirms that the region is a key market for Porsche. We will also be bringing Porsche Sports Cup China to two new venues in Zhuzhou and Ningbo to now cover more of the south and east of China.”