Ian Smith has been appointed as Technical Director at the increasingly busy Optimum Motorsport!

Ian brings over two-decades of motorsports engineering experience to the team, having started in historic racing for JSWL in 1988. Stints at Parabolica Motorsports 1994 were followed by Lister Cars and then on to RN Motorsports in 2002. 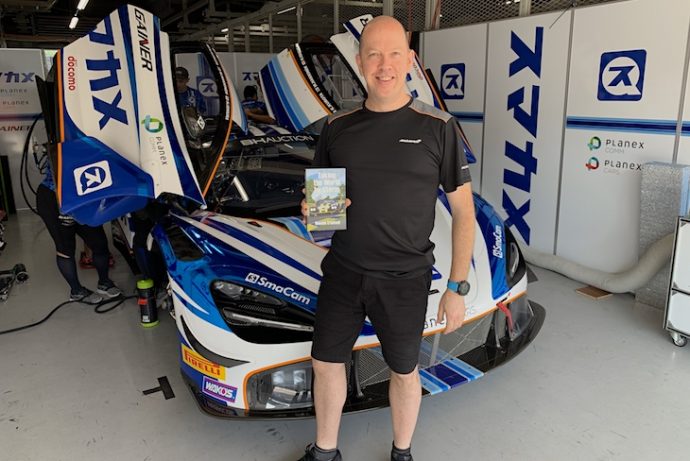 Ian moved to Creation Autosportif in 2004 as Technical Director and was heavily involved in the design of the CA06/H and CA07 LMP1 cars, before leaving for Rebellion Racing. After a season of freelance work with the team, he returned in 2011, again as Technical Director, and remained in the position until 2018 when he switched to McLaren as Senior Development Engineer of the 720S GT3.

Ian Smith, Technical Director: “I’ve joined Optimum Motorsport at a great time, they have grown a great deal over the last few years, and I’ve come in and immediately become immersed in the winter test and race programmes. We have great engineers already in Rob [Courtneidge], Alex [Fleming] and Tom [Sander] and it’s my job here to help support them and look at maximising the performance potential of the McLarens in the various championships in 2021.

“There are many links in the chain to success, so many small details that must be correct to win. It’s already a great team and I am confident that we will achieve further success together in the near future.”

Shaun Goff, Team Principal: “It’s great to be bringing in someone with Ian’s talent to the team with a clear remit of extracting performance from the McLaren package. This is something we all do as a team, but to have someone with his experience dedicated to this week in and week out, we expect to make gains and build our technical base in the process.” 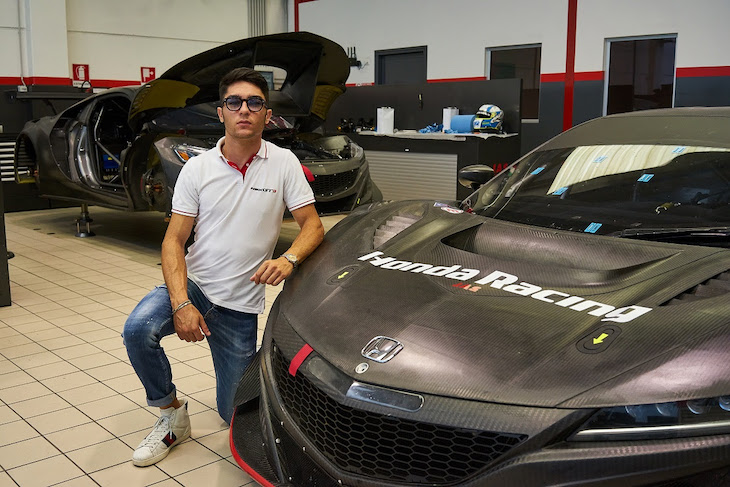 The 18-year-old competed in TCR Italy this year, ending the season with a pole position and a podium finish at the Imola finale, and now joins Nova Race to drive one of the team’s two Honda NSX GT3 Evos next season.

The 2019 Coppa Italia Turismo champion will share one of the JAS-built NSX GT3 Evos with an as-yet-unnamed co-driver.

The second car’s 2021 crew will also be announced at a later date.

Guidetti is the first announced driver for the campaign, while Nova Race has also strengthened their ties with JAS Motorsport Driver Development Programme and will provide opportunities with further ‘young guns’ across 2021.

Jacopo Guidetti: “Ever since I joined the JAS Motorsport Driver Development Programme earlier this year, my target has been to move into GT3 racing with the NSX GT3 Evo and the skills I’ve developed through my involvement have definitely improved me as a driver and made me ready for this opportunity. I’m thrilled to have the chance to compete with Nova Race in 2021. They are a strong and experienced team who have been winning in Italy and Europe for 10 years, so I’m sure they will give me everything I need to make a successful transition from TCR racing into GT3 competition.”

Nicola Sinigaglia, Nova Race Team Manager: “Nova Race already proved an ideal team for gentlemen drivers. Now we deem that we can be as successful in supporting promising youngsters to make their way to the top of GT3. It won’t hurt that one of our team pillars is coaching performed by Christian Pescatori. The former sportscar driver has helped boosting our GT4 young guns 2020 title bid hopes, hopefully, the same will happen next year.”

Alessandro Mariani, JAS Motorsport CEO: “The primary goal of the JAS Motorsport Driver Development Programme is to provide a stepping stone for young racers who want to reach the top level of sportscar competition; giving the drivers a complete education to enhance their on-track and off-track skills. A critical part of this is ‘on the job’ training within a strong customer team, and we could not have wished for a more suitable partner for Jacopo’s graduation to GT3 racing than Nova Race. They have been a successful team in both GT3 and GT4 competition and, with the links between JAS Motorsport and Nova Race now strengthened through the Driver Development Programme, everything is now in place to help this extremely talented young driver progress to the next level.”

2020 TCR entrants FASTMD Racing will move up to the GS class in IMSA’s Michelin Pilot Challenge next year with an Audi R8 LMS GT4 platform.

James Vance and Alexandre Papadopulos will take the helm for FASTMD Racing for the next two seasons Competition.

Dr. Siddiqi stated: “We are excited to continue growing with our motorsports family. We continue to bring FASTMD Healthcare Solutions to the many corporate partners in the paddock helping them provide cost-effective medical care to their employees and their families. We look forward to an exciting new season of Audi R8 GT4 LMS racing chasing down the front runners in our first Grand Sport season.

“We welcome our new driver, Alex Papadopulos, to our FASTMD family as well as a seasoned lead engineer with Audi GT3 / Open wheel experience, Remi Lanteigne. Our strong core group including our lead driver, James Vance and our dedicated crew are ready to bring a new season of excitement to our racing fans and customers.”