On Friday morning, Goodsmile Racing & Team UKYO were the first team in the Autobacs Super GT Series to officially confirm their plans for the upcoming 2021 season.

The popular, fan-supported GT300 team will retain its partnership with Mercedes-AMG Customer Racing, as well as every core member of their crew in 2021, headlined by the return of three-time GT300 Drivers’ Champions Nobuteru Taniguchi and Tatsuya Kataoka.

Taniguchi and Kataoka will take part in their tenth consecutive season as teammates in the #4 Goodsmile Hatsune Miku Mercedes-AMG GT3 Evo. Together, the two drivers have won six races, recorded 20 podiums, and 49 top-ten finishes over the last nine seasons, and won the 2014 and 2017 GT300 Drivers’ Championships, and the 2017 GT300 Teams’ Championship.

Representing the “Team UKYO” side of the operation, Japanese Formula 1 hero and longtime Team Director Ukyo Katayama will continue in his current role, as will Chief Engineer Takao Kohno, CEO of Saitama-based garage RS Fine – both of whom have been involved with the team since 2011. Yokohama will continue as the team’s tyre supplier. 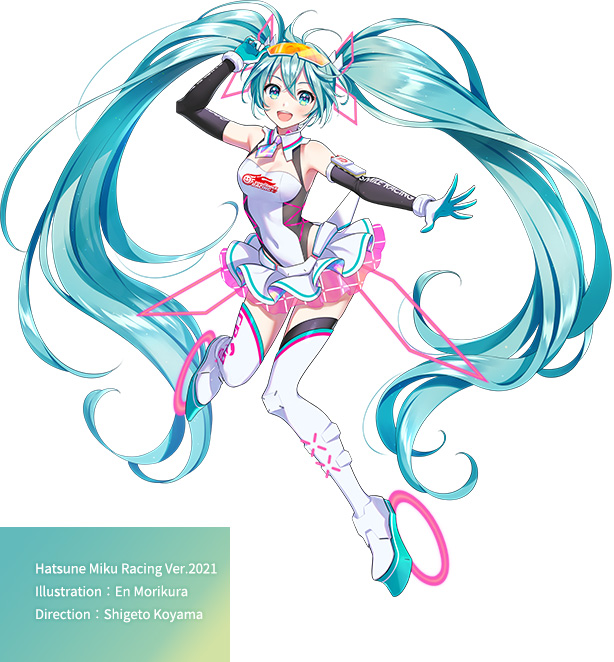 And, of course, the popular Vocaloid character Hatsune Miku will once again adorn Goodsmile Racing’s entry. Every year, the design of the “Racing Miku” character is entrusted to a new artist – this year, it is illustrator En Morikura, who designed the character for Japanese virtual YouTuber (VTuber) Kizuna AI.

Goodsmile Racing & Team Ukyo will also continue its Personal Sponsor crowdfunding system, which will allow fans to directly support the team in exchange for unique merchandise and invitations to member-exclusive events.