2020 Ginetta GT4 SuperCup championship runner-up Gus Burton will step up to British GT behind the wheel of Century’s BMW M4 GT4 complete with a new `Evo’ upgrade for the 2021 season. 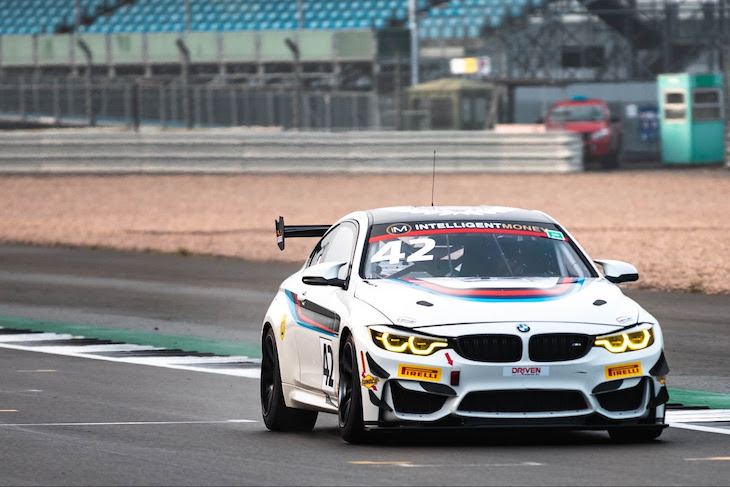 Burton finished the 2020 season with 16 podiums out of 17 completed races, five of which were wins. 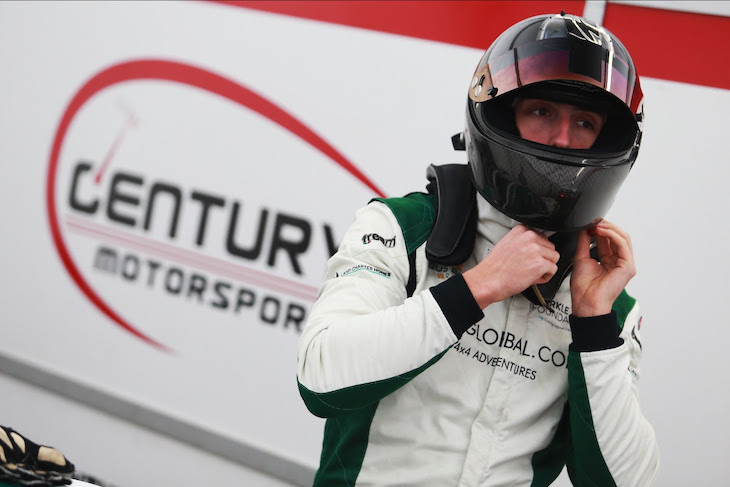 Burton’s co-driver is yet to be confirmed. Team Owner, Nathan Freke, is currently in discussion with several drivers and the seat is still open

Nathan Freke: “I’m delighted to be continuing into British GT with Gus. He has been a joy to work within the Ginetta Supercup and was unlucky to miss out on the title. His raw talent is amongst the best I’ve seen and we are relishing the opportunity to put a championship-contending package beneath him. The car is getting an EVO upgrade for 2021 with some very exciting additions and will be a force to be reckoned with.

“We are working closely now with BMW than ever before and our vision is to be able to offer a pathway for our drivers to further their career into the factory driver domain. I firmly believe that there is no better time than right now to seize these opportunities.”

Gus Burton: “I’m very excited to be continuing my journey with Century Motorsport for 2021 and the next chapter in my career. I’m very grateful to continue with a team that has provided me with the foundations to succeed and has helped me to pursue my personal goals in 2020. I’m eager to find out where my future leads with Century Motorsport and BMW. I’d love to get involved with BMW’s Junior Programme for 2022.”

As they embark on their third year in the series, T3 Motorsport have switched from their dual Audi/ Bentley programme in 2020 and are instead planning to deploy three Huracán GT3 Evos in the ADAC GT Masters. 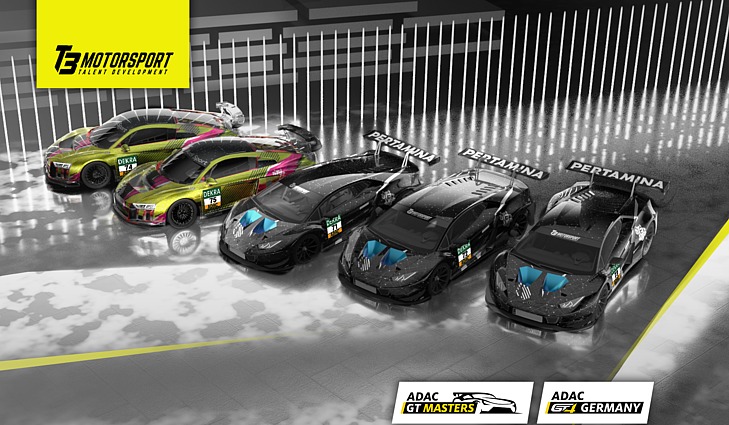 “We’re really looking forward to working with Lamborghini,” said Team Principal Jens Feucht. “The Huracán GT3 Evo is a spectacular car which has achieved a great deal of success in many areas and not just in the ADAC GT Masters. After running two cars for the first time this year, we intend to have three cars in our line-up for the first time next season. We hope to be able to extract even more data as a result, which should help us progress on an upward trend. We will also continue to focus on nurturing young talent in 2021.”

The names of their first two drivers in the Lamborghini have already been announced, Maximilian Paul and Hugo Sasse.

This will be Paul’s third season with T3 Motorsport in the ADAC GT Masters while ADAC Sports Foundation protégé Sasse has now moved up from the ADAC GT4 Germany and will become one of the youngest drivers ever to compete in the Super Sports Car League on his debut.

“I’m delighted that T3 Motorsport have given me this chance to contest such a major race series,” said 16-year-old Sasse. “Learning as much as possible to begin with will be my main objective, so I can’t really define my goals at this stage. Much too tricky! The GT3 cars are considerably faster and have more sophisticated aerodynamics. Thanks to the ADAC GT4 Germany, though, I already know the tracks and am familiar with procedures for race weekends.” T3 Motorsport have scheduled their first round of testing with the Lamborghini for next February at Portimão.

Apart from contesting the ADAC GT Masters, T3 Motorsport will continue to compete in the ADAC GT4 Germany and field two Audi R8 LMS GT4s in 2021.

Racing in the GT3 Pro class is the #4 car, which will race under the HRT Bilstein banner. 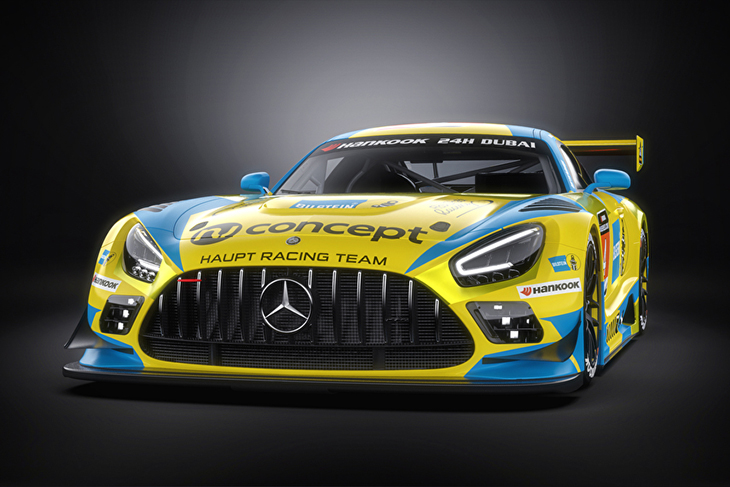 Decked out entirely in Bilstein’s blue and yellow, the car represents the continuation of the partnership between the Haupt Racing Team and Bilstein, which was also visible at this year’s Nürburgring 24 Hours. 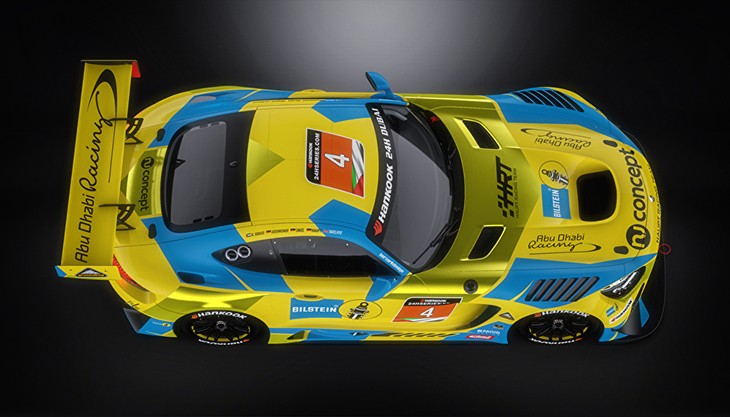 The #5 car of HRT Abu Dhabi Racing will race in the GT3-Am class.

The squad of drivers lining up for HRT sees the #4 car crewed by defending and double winners Hubert Haupt and Khaled Al Qubaisi together with Maro Engel, Patrick Assenheimer and Ryan Ratcliffe. 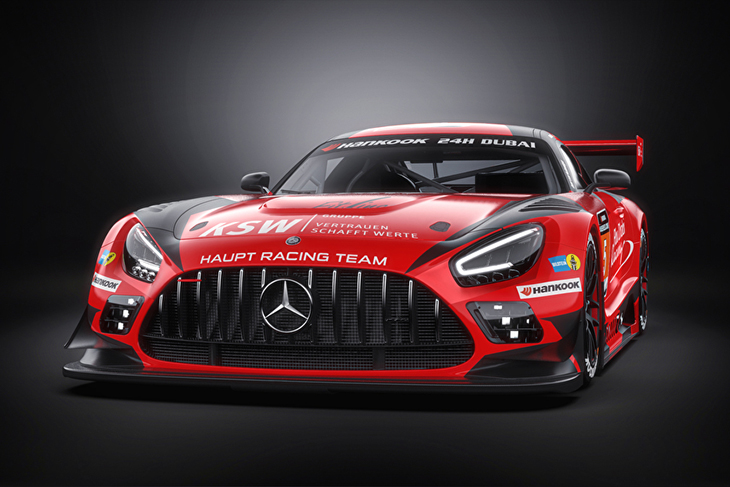 Sharing the driving duties in the #5 car will be Florian Scholze, Valentin Pierburg and Nico Bastian, as well as Assenheimer and Al Qubaisi, who are eligible to drive both cars. 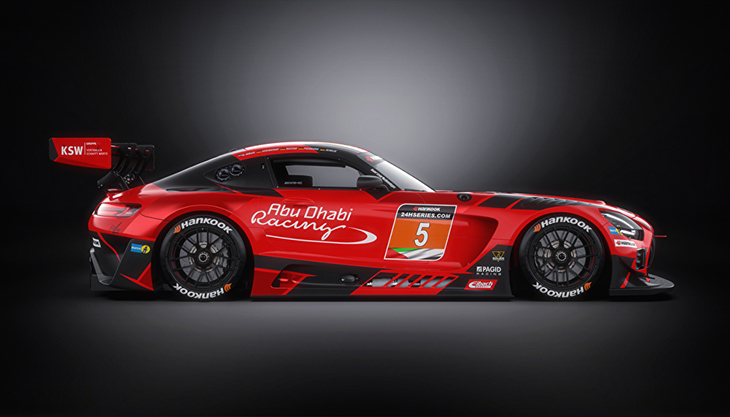 Hubert Haupt: “Returning to the Hankook 24H Dubai as last year’s winners obviously brings back some fond memories. Last season was a chaotic, rain-dominated race. However, my team-mates and I dealt really well with the situation and had the race under control when it was suspended after seven hours. It feels fantastic to be lining up with my own team one year later, but that also comes with high expectations: we want to achieve top results with both cars and to make the best possible start to our second motorsport year with our partner Bilstein. For the sake of all the teams, drivers and fans, I hope that we have stable weather conditions and 24 hours packed with racing action.”

Patrick Assenheimer: “The 24H Dubai is an absolute highlight on the motorsport calendar right at the start of the season and I am highly motivated to fight for top positions with HRT. We will be competing with two strong cars and will be very well prepared for the season opener. To start on both cars is an honour and a challenge at the same time, I’m really looking forward to it!”

Sean Paul Breslin, team principal HRT: “I am looking forward to the 24-hour race in Dubai and to have Bilstein support at this event, alongside our fantastic line up in the GT3-Am class. The race in Dubai always features a strong field, making the race an ideal indicator of your own performance. We know our strengths and, as in Spa and at the Nürburgring, we travel with an experienced line-up and well-practised crew. The race in Dubai means a lot to me, personally: I have taken part either as driver or manager at every event since 2007, I would obviously have nothing against a first 24h victory for HRT.”