There’s a saying, isn’t there? ‘The more things change, the more they stay the same’? There’s something almost eerie about looking back at DSC’s comment piece on 2010, which lest we forget was over a decade ago. There are almost too many parallels.

2010 had it all. A dramatic Le Mans, the promise of a new era for sports cars to come, factory programmes doing battle at Le Mans, Spa and the Nurburgring and a sportscar championship in the USA that provided plenty of excitement, but was clearly in a holding pattern ahead of something bigger. The detail checks out too, with a GT2 platform that quietly faded, a financial crisis that affected grids and a slew of post-race penalties and protests!

What A Year It Was…

We’re still ploughing through items to mark the year’s champions but we somehow despite the length of the races we cover and the breadth of the planet we cover them on, it’s the moments that leave an impression:

At Le Mans that first lick of flame from the side of Montagny’s stricken Peugeot, Priaulx’s clash with Kristensen, Davidson’s with Collard, the emotions on display in Peugeot land. 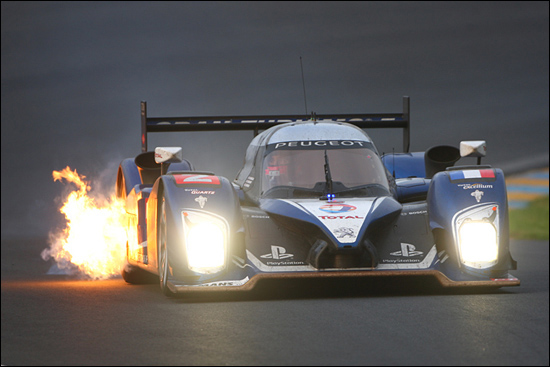 In the ALMS we had Pirro getting in amongst the Peugeots at Sebring, the last moment dramas for Cytosport that gave Drayson Racing a race win, the similar woes for Risi that cost them a race and a title. 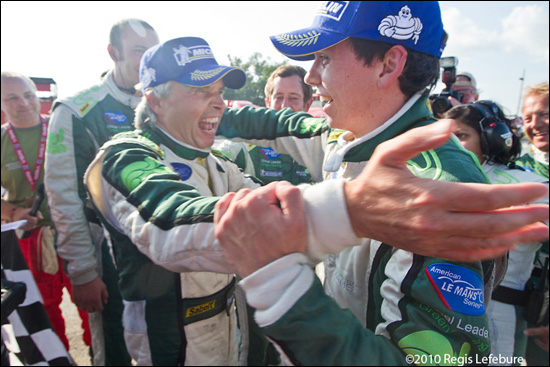 The Le Mans Series moment of the year came early, it was the point at which it dawned on the race organisers that their own regulations had dealt all points finishers a double points bonus! Beyond that, we had Danny Watts setting the overall pole at the Hungaroring before going on to anchor a Strakka Racing overall win!

There was action aplenty in the new FIA GT1 World Championship, Natascha Gachnang’s awful accident at Yas Marina was a bad way to start the year but there was plenty to admire thereafter with high-quality teams and drivers providing some great wheel to wheel racing, Jamie Campbell Walter’s overtake on the Hexis Aston and Reiter Lambo at Paul Ricard. 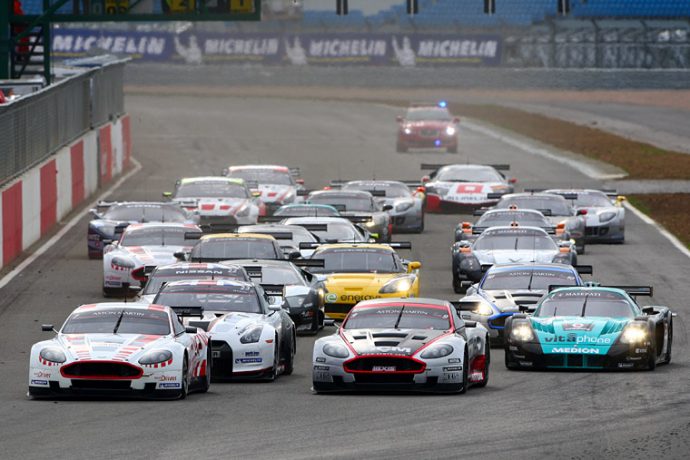 And there was high drama elsewhere too, the Porsche Hybrid stuttering to a halt when leading the ‘Ring 24, the BMW M3’s last gasp drama at the Spa 24 hours.

And then there was some sublime head to head battles, Melo and Gavin at Le Mans, Lola Aston Martin vs HPD at Long Beach, an excellent two-hour British GT duel at Silverstone, and an equally good one for the overall win at the Britcar 24 Hours. Zhuhai doled out a real surprise, the Audi coming back from what looked like a lost cause to force some last-minute gamesmanship from Peugeot.

We’ve had plenty of fun at the races this year too, of course, DSC’s adventures with ‘Big Al’ will be tough to top in 2011, and the road trip to the Spa 24 Hours aboard an R8 Spyder have set the bar high too. 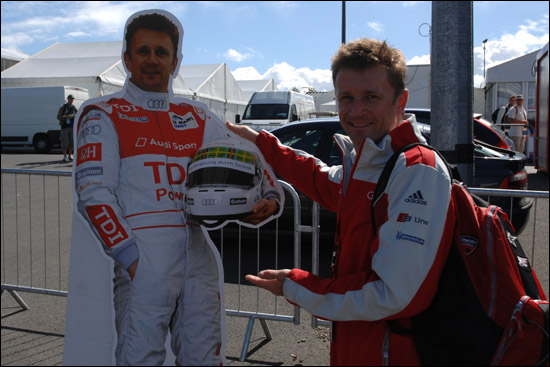 The frustrations of post-race protest and disappointments were there again of course. The RAC Tourist Trophy was awarded to one crew in May, and to the final winners in December! The Le Mans 24 Hours GT2 results stayed ‘provisional for far too long too.

Race of the Year? For this correspondent it is a tough one to call, there are contenders in most Championships we cover but for the sheer drama of the entire event for me the 2010 Nurburgring 24 Hours took the biscuit, the race it seemed that nobody wanted to win! And with battles aplenty in the classes too.

The driver of the Year? Some of the usual suspects have a claim here, Allan McNish was as quick and focussed as ever, as was his Peugeot sparring partner Stephane Sarrazin, Danny Watts is surely closing in on a factory drive after his 12-month masterclass, Jorg Bergmeister and Patrick Long continued to make it very tough indeed to take away their ALMS GT title, Le Mans 24 Hours winners Romain Dumas, and Mike Rockenfeller topped up their trophy quotient with Dumas adding the Spa 24 Hours, Mike Rockenfeller the Rolex 24 to his. And Timo Bernhard’s Le Mans win gave his career the unique record of not only the Triple Crown (Le Mans, Sebring and Daytona) but also the Nurburgring 24 Hours. 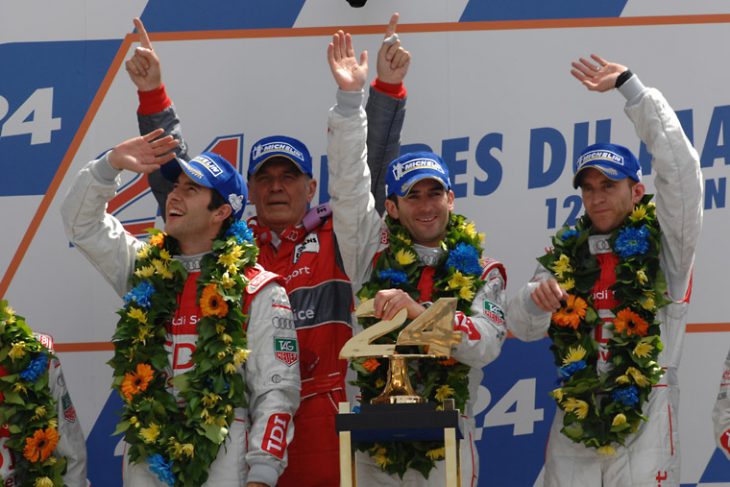 But in 2010 my vote goes not only to one man but two, Marc Lieb and Richard Lietz won almost everything they contested in 2010, Le Mans, the Le Mans Series, Zhuhai and Lieb, in particular, is surely one of the unsung heroes of sportscar racing, quick, smart and generous with his team-mates into the bargain.

Car of the Year? The Audi R15 Plus won at Le Mans, the Peugeot 908 HDI FAP almost everywhere else, the Porsche vs Ferrari battles continued in GT2 and GT3 throughout the year of course, with Porsche coming out on top on most occasions, the 997 GT3 Hybrid also surely showed us something of the future. 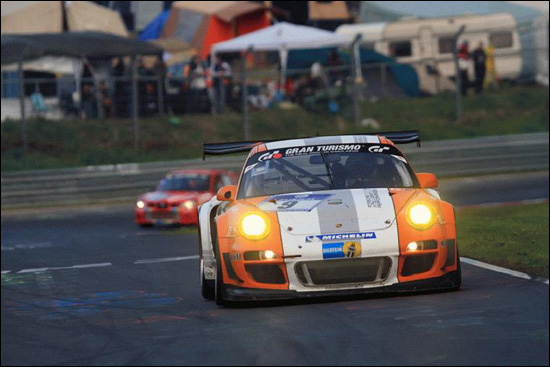 But for me, the car of the year was proof positive that intelligent development of an already great concept can bring major rewards. Wirth Research’s HPD, Acura ARX.01C won Le Mans for Strakka, dominated the Le Mans Series, losing the title to mechanical misfortune rather than a lack of pace, (including pole and an overall win in Hungary) and the ALMS title for Highcroft. Now, what will we see from that little lot in 2011? 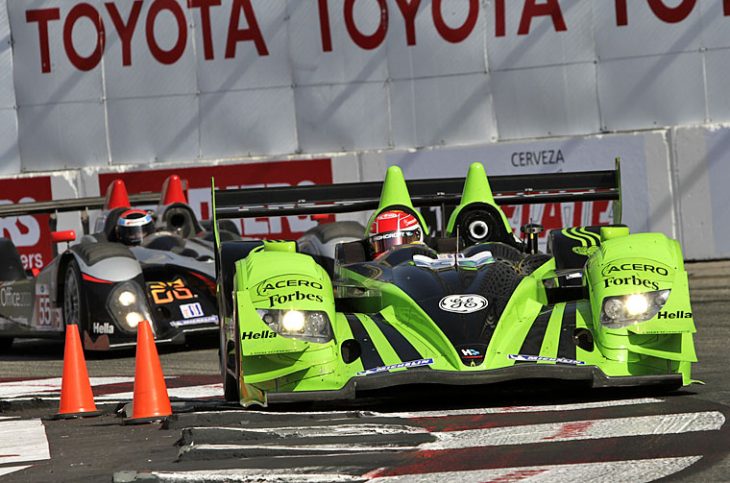 On a more negative note what were the big disappointments in the year? Jaguar at Le Mans was certainly a very low point indeed. It was not ready, not polished, not good enough. Grid sizes were always bound to be an issue post credit crunch and so it was to prove with the FIA GT3 Championship and GT4 Cup proving to be particularly shakey. The virtual non-appearance of the planned FIA GT2 European Championship takes the biscuit on that front though! What, if anything, will happen to that platform we wonder?

Incident and unreliability robbed us of a finish to match the mid-race drama in GT2 at Le Mans and whilst we’re delighted that the Level 5 Motorsports outfit are stepping up to the LMP2 class in 2010 we’re disappointed that the regulations allowed them such freedom in determining the 2010 LMPC title in ALMS but rather more disappointed that the incident that left Marcel Tiemann close to death attracted no response from the race stewards.

We had a fair few scrapes with disaster in 2010: Not only Marcel Tiemann’s huge Imola shunt but also for Stirling Moss, Jon Field, Marc Gene and Hans Stuck.

And lest we forget we have lost some of our racing family this year, Craig Dawson, Hugh Hayden, John Anderson, Robin Mortimer, Tom Walkinshaw, Loris Kessell, and Trevor Taylor amongst them. They’ll all be remembered very fondly and missed greatly.

And now we enter 2011, dailysportscar.com’s 10th anniversary year, with new cars, new Championships and new circuits on the agenda.

We’ve already seen the Audi R18 TDI and Peugeot 90X and some details too of the new for 2011 Aston Martin LMP1 and LMP2s from Lola, Riley and ORECA. The AMG Mercedes and Lotus Evora have already made their racing debuts but we have the new Ferrari 458, Mclaren MP4-12 C and 2011 spec Porsche 997 to look forward to – and who knows what else too? 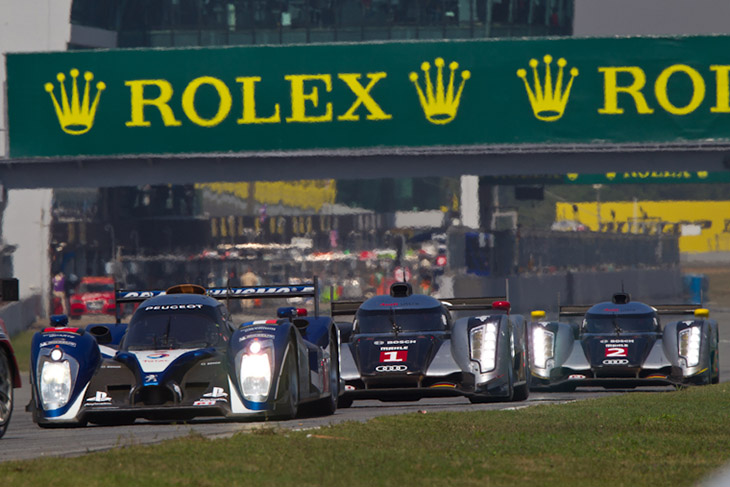 It’s a brand new year, a brand new season, a brand new era for ACO rules racing and a very important one too for the FIA GT brand and we’ll be there, everywhere, to bring it to life for you our loyal readers.