Joining Thomas in the Oreca 07 Gibson LMP2 entry for the full season will be Tristan Nunez, who has spent the past seven seasons as one of Mazda’s Prototype and Daytona Prototype international (DPi) drivers.

Thomas Merrill, who teamed with Thomas for two Prototype Challenge races in 2020, will join WIN Autosport’s WeatherTech Championship effort for the endurance races. Matt Bell, the reigning Prototype Challenge champion along with Naveen Rao, was named the fourth driver for WIN’s LMP2 entry in the Rolex 24 At Daytona that opens the season.

“When Tristan believed we had built a good team and wanted to race with us, that was a big boost,” Thomas said. “Tristan is young but already brings so much top-level experience. He helps the team in every way. And, of course, he’s quick. Bell is a champion and has great experience, and watch out for Thomas Merrill. He will be as quick as anyone.”

Nunez is looking forward to the challenge. “I believe I can bring WeatherTech racing experience and hopefully make everyone better,” he said.

Alegra Motorsports has confirmed that factory Mercedes-AMG driver Maxi Buhk will join Daniel Morad, Billy Johnson and Michael De Quesada for the Rolex 24 at Daytona in the team’s Mercedes AMG GT3 Evo. The team took the GTD win at Daytona in 2017 running a Porsche 911 GT3 R.  They have not yet confirmed the driver line-up for their planned full-season IMSA GTD campaign.

“I’m really happy to be back with Alegra Motorsports in the IMSA WeatherTech series. This will be the first time we’ve reunited the squad in the championship since we won the Rolex 24 in 2017. It’s a fresh look for us, as the team recently made a big switch to the AMG brand. This is something I am very much looking forward to.”

“I’m looking forward to getting back in the car with Daniel and the rest of the team. It was a surreal experience when we won the 24 Hours back in 2017, so hopefully we can do that again in 2021.”.

“It’s great to be supporting Alegra Motorsports and their new Mercedes-Benz AMG GT3. There is a good amount of endurance racing and winning in this driver line up which will play a key role in this race.”

“I’m really excited to be driving for Alegra in the 24 Hours at Daytona. They are a great group of guys who know how to win this race. We have a really strong team, driver lineup, and a car that will be a contender in a competitive GTD field.”

Raffaele Marciello and Luca Stolz  will join Kenny Habul and Mikaël Grenier in the #75 SunEnergy1 Racing Mercedes-AMG GT3 Evo for the Rolex 24 Hours.

The liveries for both the #51 RWR Eurasia Ligier JS P217 LMP2 car and the #54 Core autosport/ Crowdstrike Ligier JS P32 LMP3 car have been revealed.

The #51 is set to be presented in purple and turquoise, the car currently with three drivers listed: Cody Ware, Salih Yoluc and Austin Dillon. 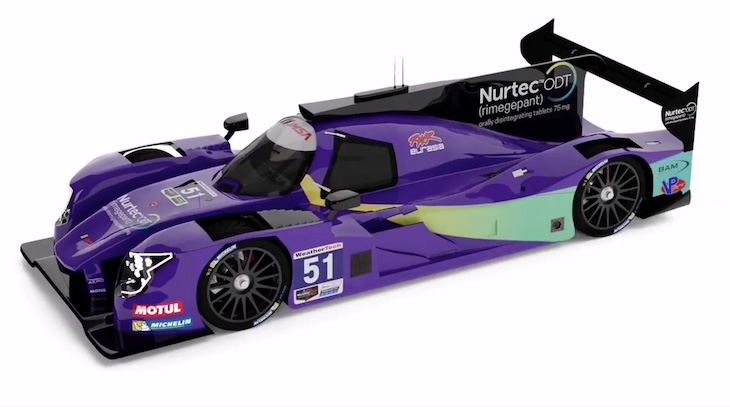 The #54 meanwhile sees a return to the familiar Core colours of orange, grey and white, the Ligier looking very neat indeed.  It will be raced at Daytona by Jon Bennett, Colin Braun, George Kurtz and Matt McMurry. 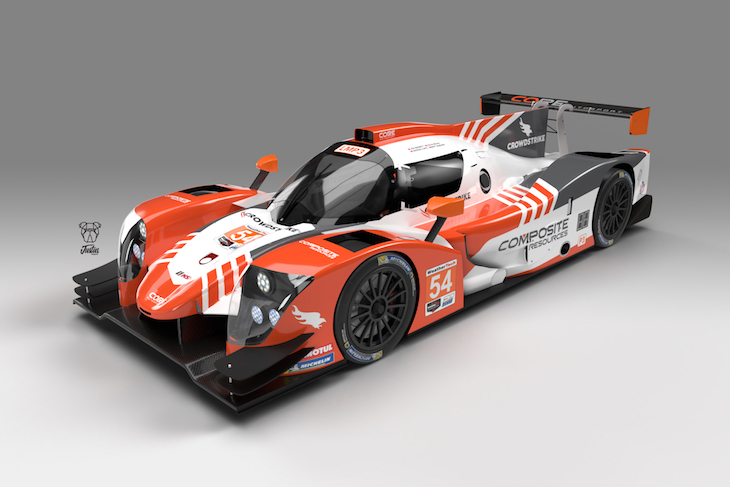 HTP Winward has confirmed that the team will enter a Mercedes-AMG GT3 Evo for the Rolex 24 at Daytona in the GTD category making a total of three AMGs for the race alongside the SunEnergy1 and full season Alegra efforts.

The team’s AMG GT4 effort in the Michelin Pilot Challenge will continue in parallel with Dontje and Ward set to do double duty at Daytona.