Good evening from Dubai as the field is gathered for the 2021 Dubai 24H after a day that saw two sessions of private testing.

The 53 car entry looks set to see some changes, one confirmed withdrawal is the second MRS GT Cup Porsche, the #988 car arrived here with no named drivers and that position has not changed!

The all Japanese-crewed #458 Comet Racing AMG GT4 is a withdrawal too after one of the principal funding drivers reportedly tested positive for COVID-19.

The pair of CWS Engineering Ginetta’s are delayed en route to Dubai with their freighter now due to dock on Thursday afternoon. 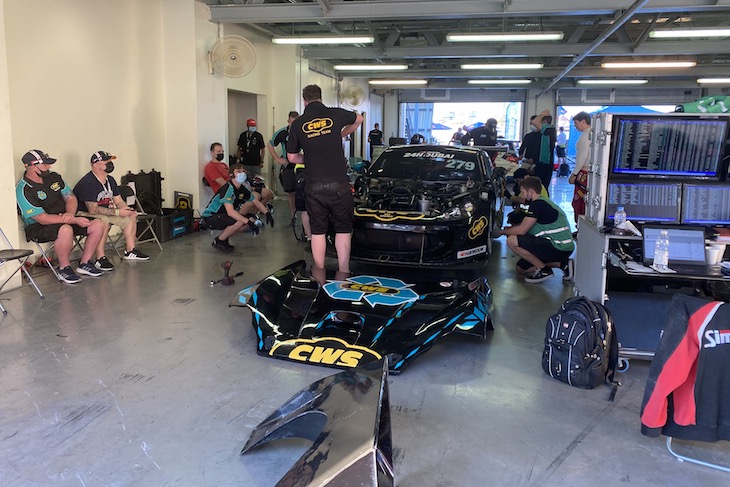 The team though have airfreighted a third Ginetta here to allow both driver crews to test ahead of the arrival of the race cars, it practised in Session one as the #278 and session 2 as #279!

One of the pair of Sorg Rennsport BMW M4 GT4s also arrived with no allotted drivers but the team’s #451 car has now been rented by 3Y Technology (who initially entered a BMW M6 GT3, that car disappeared from the entry list before Christmas). 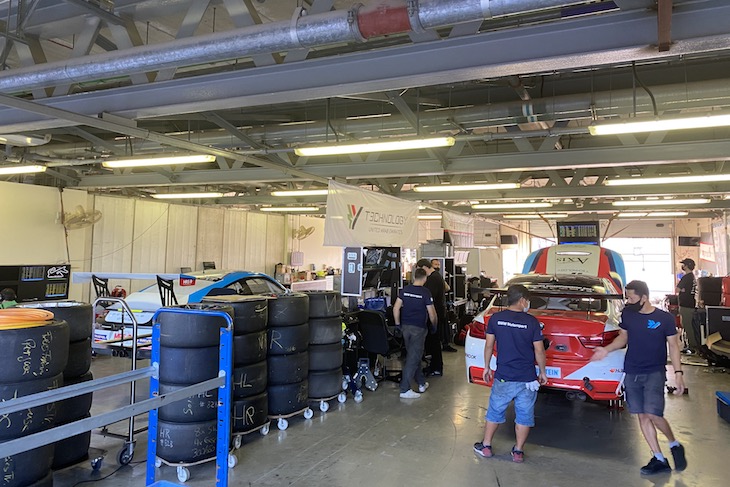 The full driver squad for the #451 is to be confirmed tomorrow – Gilles Vannelet drove today.

Aside from some minor dings and mechanical woes there was only one major casualty, the #114 Autorama by Wolf VW Golf TCR suffering a big off, Rhys Lloyd at the wheel and understood to be OK, the car suffering significant damage to the front and right-hand side, the team assessing the damage as DSC left for the evening, a withdrawal would not be a surprise. 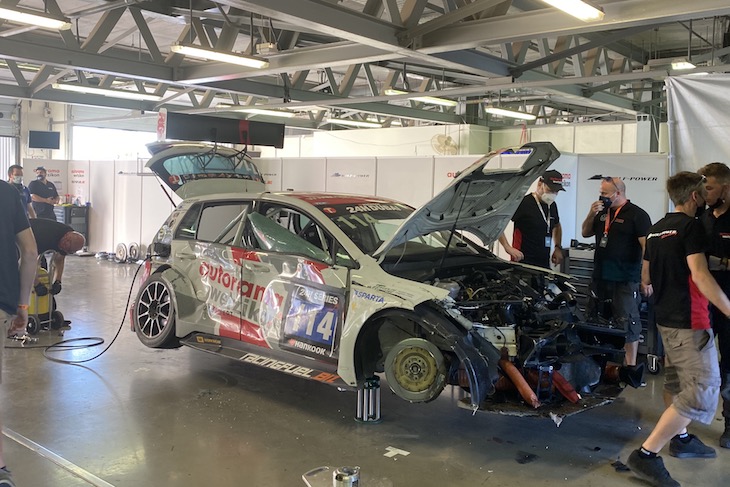 The announcement today that the Asian Le Mans Series will start their season at Dubai next month is good news for the three teams here that will serve double duty: 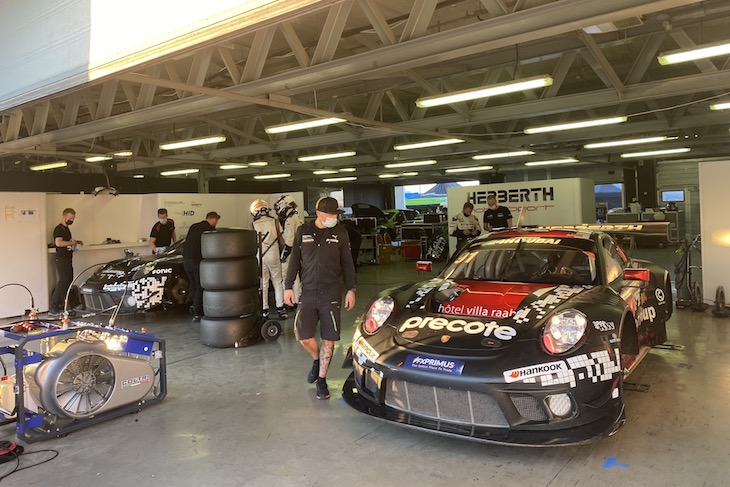 GPX Racing and Herberth Motorsport with their Porsches and the Inception Racing with Optimum McLaren will have plenty of practice, albeit on Hankook rather than Michelin Rubber.

Optimum and Herberth are also programmed to continue on to the non-Championship Abu Dhabi 6H on the weekend after the Dubai 24H too – getting a double-dip of circuit knowledge! 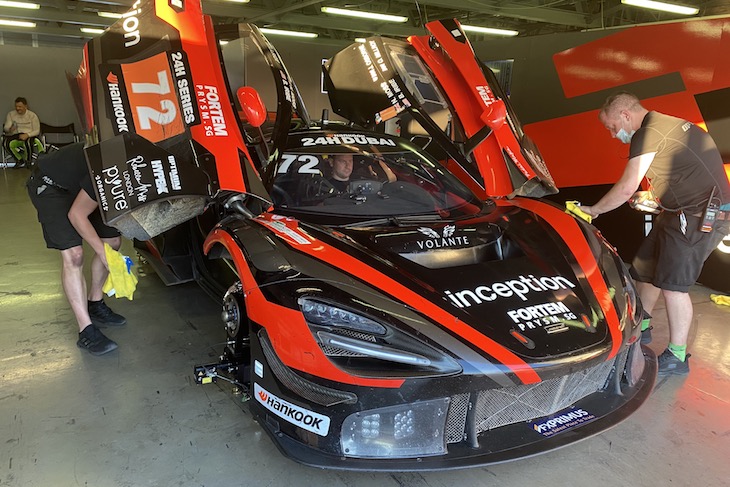