With Lockdown back in place here in the UK and pretty limited opportunity to fire my racing enthusiasm, there were some particularly welcome gestures from friends in the wider industry that arrived in recent days on the DSC HQ doormat.

First up was a package from artist Ian Cook, known to many as the man behind Popbang Colour, and a regular attendee at major motorsport and automotive events bringing his unique brand of live performance art to a very appreciative public. Ian used radio-controlled cars as his brushes and produces artworks, from the small to the absolutely massive, that any enthusiast would love to own! (It helps too that he a thoroughly lovely bloke who just loves to talk about his passion for both his work and the subject matter!)

As with many whose livelihoods depend primarily on live events, Ian’s business was looking difficult through the long lean months of 2020, but he responded magnificently with a series of online films producing #continuousdrawings – asking Zoom videoed guests to choose a favourite car and then conducting a short interview whilst he produced an original drawing of the said car!

I was asked to take part and chose the 1999 Toyota TS020 – known to all enthusiasts as the GT-One.

The effort went on through the entire lockdown and featured crowdfunded books featuring the artworks, charitable efforts through donations for the purchase of original artwork and much more besides – You can see very many of the films via Ian’s Instagram feed Here >>

The package contained the original artwork of the Toyota, and after dispatching a suitable charitable donation it will be framed alongside the original piece of bodywork from the same car that sits in my office!

If interested in looking at the services that Ian offers (and you should be!) take a look at www.popbangcolour.com

An entirely unexpected but hugely welcome arrival came from a land down under, and specifically from my mate and one of endurance racing’s very favourite Australians, Richard ‘Human Koala’ Craill.

The package contained a copy of the book that Craillsy and his mate Aaron Noonan have produced to commemorate the first decade of the now-iconic Bathurst 12 Hour with full details of each race and a picture of every single car that has ever started the race in that decade (plus a few that didn’t!). 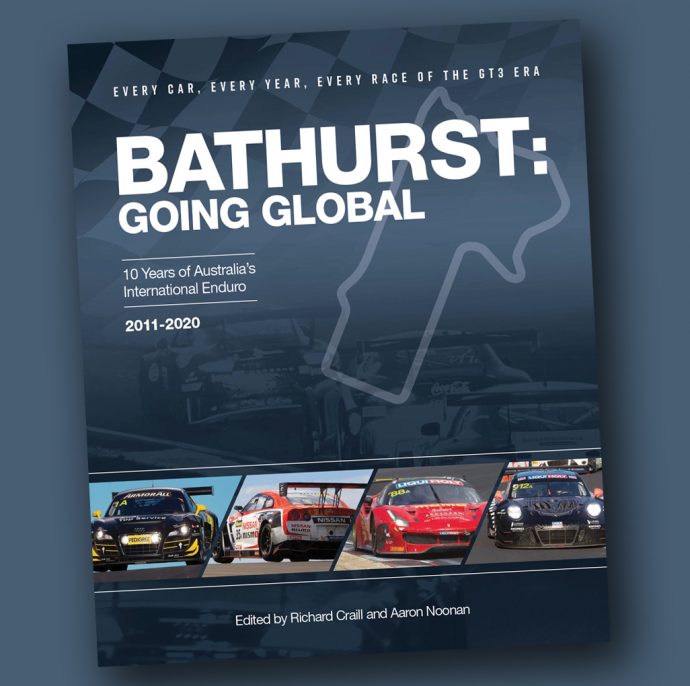 The 320 page, hard backed and full-colour book is superbly done and prompted several very happy memories of the years that I covered the race either as part of the on-air TV crew or as a DSC writer. 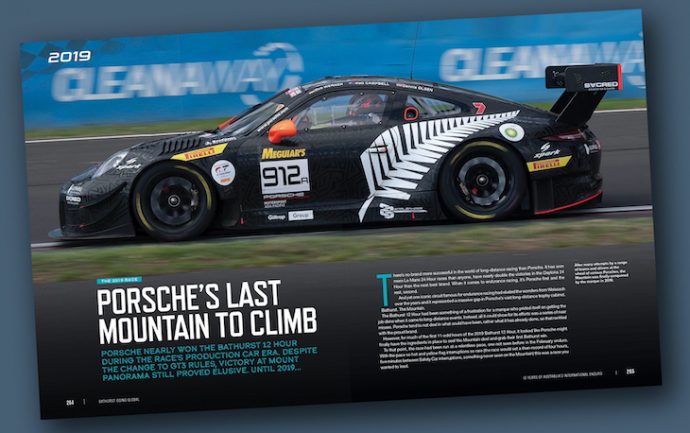 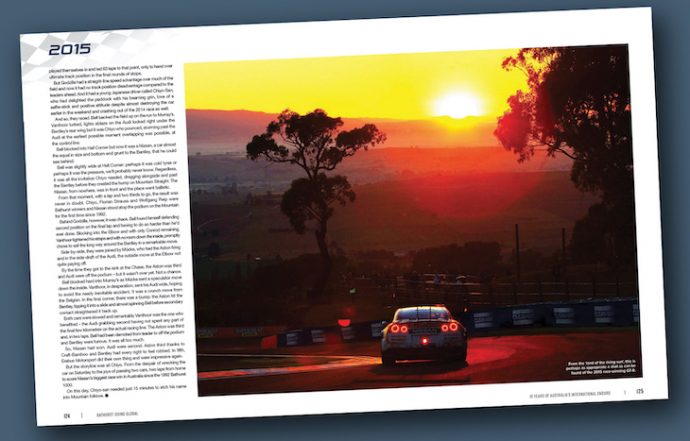 It’s also a great reminder of just how fast the event grew from an interesting but thoroughly nationally-focussed enduro, to one of THE events that drivers, teams and fans put on their stated bucket lists!

When it is back on the calendar you can be assured that we will be there! 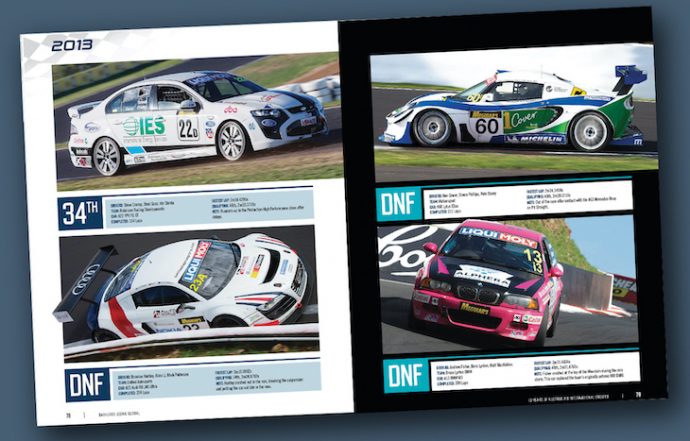 The book is available to purchase online here >> and is well worth the cost, and the wait for delivery by what was a VERY tired wallaby when it reached me!