Whilst Alessandro Pier Guidi and James Calado will campaign the #51 AF Corse Ferrari 488 GTE in their fourth world championship season in the 2021 FIA WEC, the sister car will see two significant changes:

Firstly, Davide Rigon, who has been a full-season driver in the factory-backed squad since 2016, is set to be replaced by fellow Ferrari GT factory driver Daniel Serra who will partner Miguel Molina.

Secondly, the car will not be numbered #71, the running number for the second Ferrari GTE Pro car from the start of the FIA WEC in 2012.

“I can’t wait to get started,” said James Calado, “It’s going to be six hard-fought races against the Porsche crews. We saw last year that we are capable of winning both individual races and the championship, and so we’ll try to do everything in our power to claim the drivers’ and constructors’ titles for Ferrari again”.

“Given that we’ll be competing with Porsche for the title”, echoed Alessandro Pier Guidi, “I hope that the Balance of Performance can be revised from last year, to allow us to fight on equal terms, for the benefit of the show on the track. From our side, we have the advantage of stability and harmony within the team, and good competitiveness on all tracks. Therefore, we are setting off to try to win the title. It’s not the number of cars that determines a championship’s level, quite the contrary. With fewer cars at the start, a zero in the ranking could be decisive for the final outcome”.

A third driver for selected rounds will be announced later. 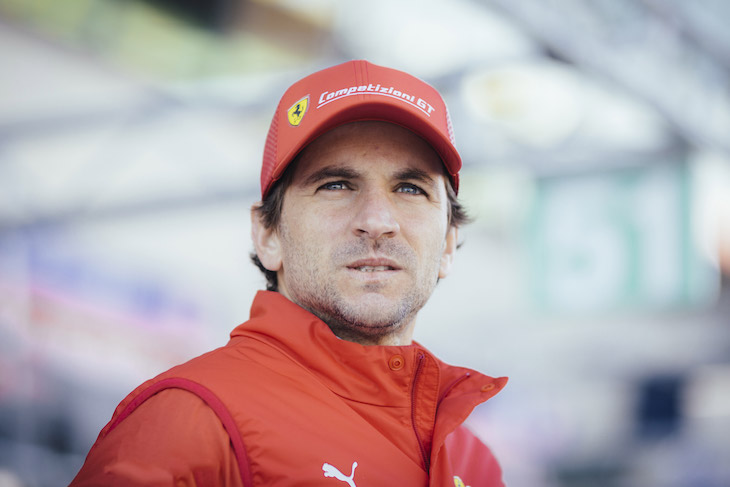 “My goal was to race in the WEC,” commented Serra, “and I am delighted to be heading into the 2021 season. I know the team and my teammate very well, and I think we can do well together. I’m preparing myself as best as I can to be ready when the season kicks off”.

“I’m delighted to be back in the WEC after my first full season, which was very useful for gaining experience”, said Miguel Molina. “The championship is very competitive, and I’m satisfied with what I achieved. I’m happy to share the 488 GTE with Daniel because he is so fast and we have a great relationship. I also want to thank Davide because in these years he has been an exemplary teammate. I have had the chance to learn a lot from him, and he has pushed me to improve”.

Davide Rigon, who has been involved in the world championship since 2016, will join the pair in the long-distance races, seeking to win the GT World Challenge Europe Endurance Cup and Asian Le Mans Series titles.

In addition to his on-track duties in the GT world, he is confirmed in his role as a simulator driver for Scuderia Ferrari, which he has held since 2014.