In our second round-up of news around the forthcoming FIA WEC ‘Hypercar’ class we take a look at potential developments beyond 2021.

Our friends at Auto Hebdo revealed some weeks ago the full list of who they believe will be the Peugeot Hypercar driver roster for 2022 when the factory team makes their FIA WEC debut with their hybrid LMH cars. 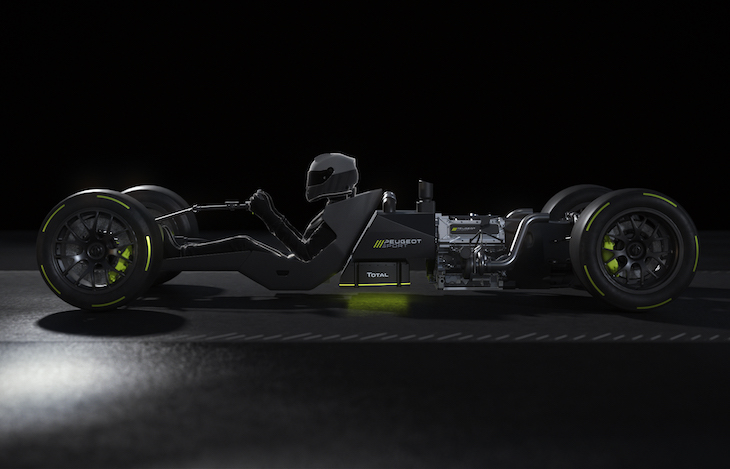 One of the major prospects for a future commitment to the Hypercar class, either with an LMH or LMDh has to be Renault, most likely with their Alpine brand. 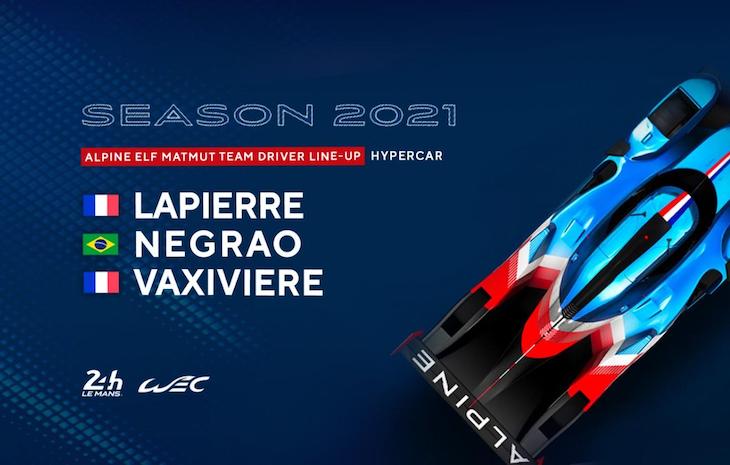 The 2021 campaign with a grandfathered Rebellion R13 Gibson LMP1 car, re-homologated as an Alpine A480 is very much a ‘proof of concept’ effort with Signatech and some close allies within the Alpine brand, looking to catch the eye of the parent company as to the appeal of the coming competition available in the FIA WEC.

There have been two very recent opportunities that point to some progress in that direction:

The first came with an announcement last week that Renault had signed a memorandum of understanding with Lotus on technical collaboration to encompass both a feasibility study on a new full ev replacement for the current Alpine A110 sports coupe and, additionally, what is described as “a collaboration to leverage Alpine’s motorsport platform covering Formula One and Endurance.”

Despite other media outlets expressly writing that the ‘endurance’ aspect of that statement applies directly to the WEC, senior sources within both parties declined an invitation to clarify that when approached by DSC. The fact is though that if ‘Endurance’ does not refer to the WEC – what does it refer to? 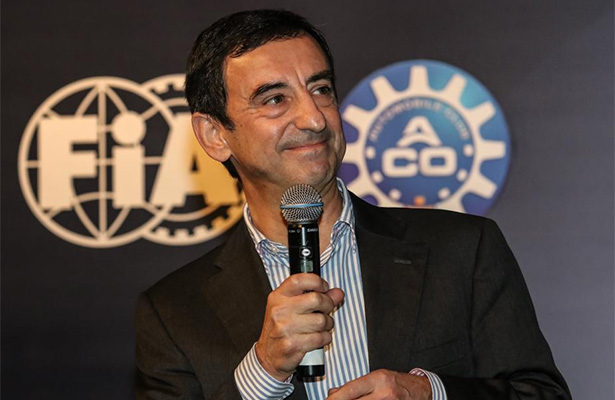 In addition, in an extensive interview on French radio earlier this week, ACO President Pierre Fillon twice insisted that Alpine are seemingly working on a hypercar programme beyond 2021. Positive affirmation it seems that Renault are moving forward!

Whilst there is no publicly declared programme as yet that sees an LMDH car racing before the 2023 season, and with IMSA having made it clear that they will accept the new cars from their 2023 season, there was some surprise that a recent ACO briefing document in the press pack on their combined (LMH and LMDH) Hypercar class (see below) made it explicitly clear that LMDH will be accepted in the FIA WEC from 2022. 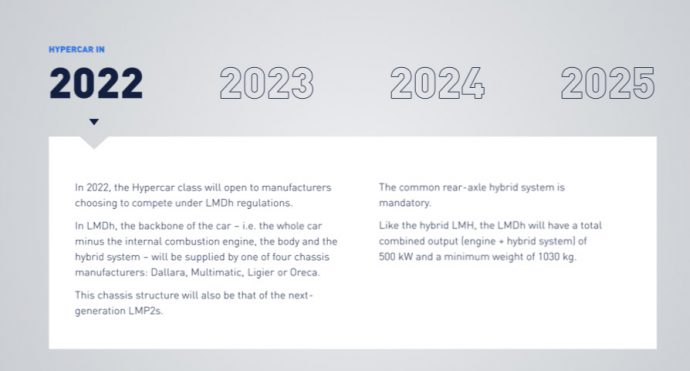 Whether that is an opportunistic ‘catch-all’ designed to take advantage of any ‘early-bird’ players in the marketplace (taking into account that both Porsche and Audi have explicitly and publicly counted out a 2022 race outing), or whether it is in response to another, as-yet under wraps project remains to be seen!