Wayne Taylor Racing move to four overall wins, one ahead now of Action Express and equalling Brumos Racing in the all-time Daytona 24 roll of honour.

Wayne Taylor himself has six wins, four as a team owner and two as a driver. The 2021 win came 25 years after his first win as a driver. 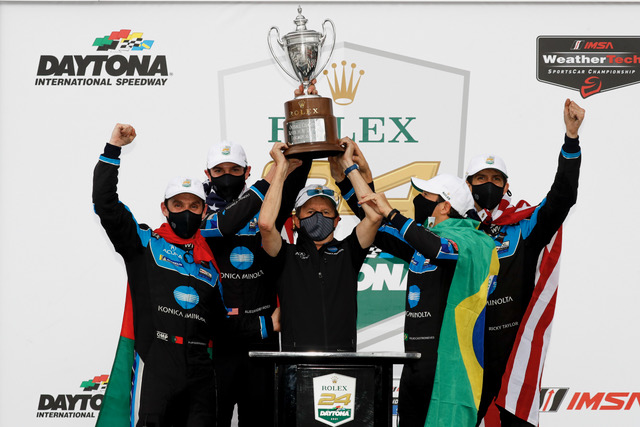 The hat-trick of wins for the team completed in 2021 equals the feat accomplished by Ganassi Racing from 2006-2008 *(Ganassi has 6 overall wins). 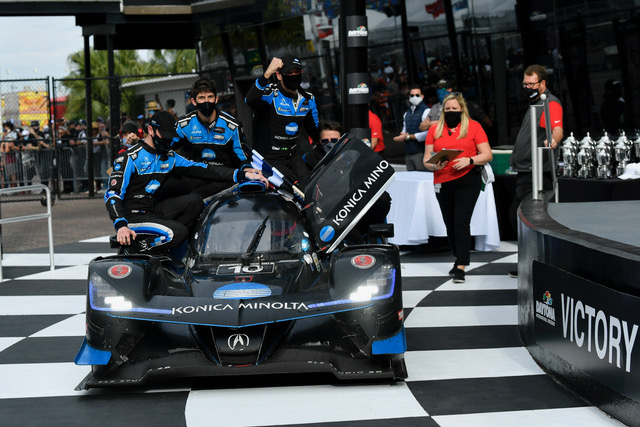 It’s the first overall win for Acura (though a Honda-powered LMP2 won overall in 2016), and the first for anything other than a Cadillac in the DPi era! 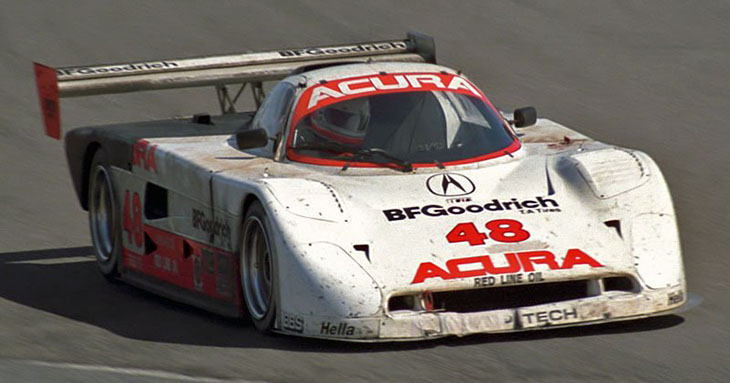 It’s the first overall win too for an Oreca Chassis.

Filipe Albuquerque scored his second overall Rolex 24 win after taking the 2018 victory with Action Express (he also took a GTD class win in 2013).

Ricky Taylor too scores a second overall win after taking a victory with the family team in 2017.  The 2021 race saw a unique family achievement, a father and son win as a driver and team owner, with Jordan Taylor also taking a class win (in GTLM!).

There were first Rolex 24 wins for both Helio Castroneves and Alexander Rossi, both add the Rolex 24 crown to CVs that include Indy 500 wins.

The LMP2 win at the Rolex 24 for Era Motorsport was the first for the team and for three of the four drivers: Dwight Merriman, Kyle Tilley and Paul-Loup Chatin.

Ryan Dalziel adds an LMP2 win to his overall win from 2010 with Action Express. 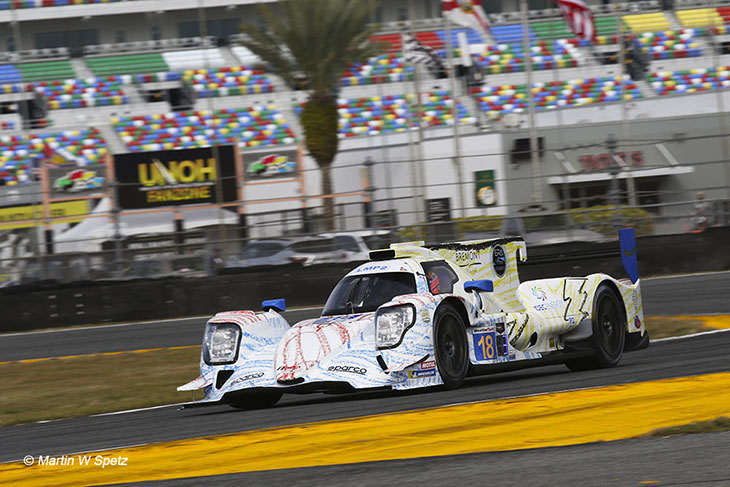 The win also means that Oreca claims the wins as chassis constructor in both DPi and LMP2 (Oreca also build the powertrains for all LMP3 cars!)

It was the first Rolex 24 win, indeed the first endurance race win for the Corvette C8.R. 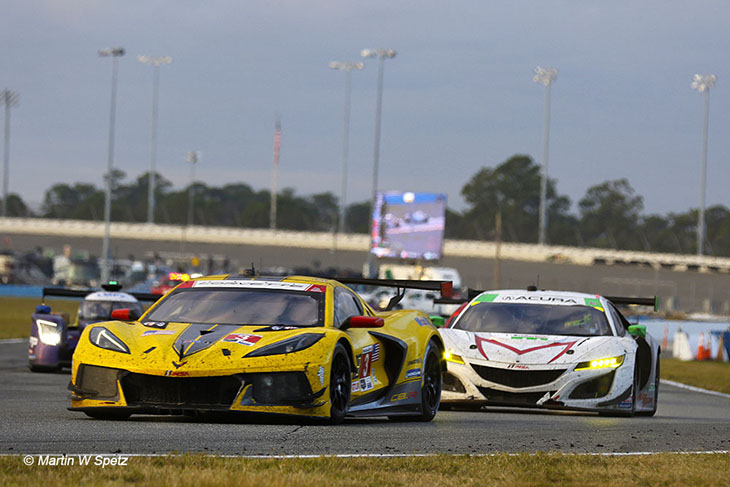 It was the fourth class win for Corvette Racing including their Overall win in 2001 – 20 years ago. 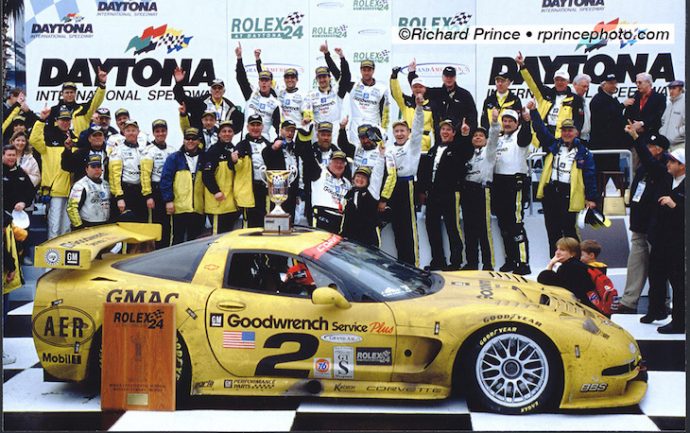 Jordan Taylor takes his first GTLM win at the Rolex 24 and adds them to his pair of overall wins in 2017 and 2019.

Garcia and Taylor score back to back race wins at Daytona having taken the class win at the Sprint format Daytona 240 in the re-worked 2020 IMSA timetable.

Nicky Catsburg takes his first class win at the race bettering his 2nd place finish in GTD for Black Swan in 2016.

It was the first-ever LMP3 class for the Rolex 24 Hours with Riley Motorsports taking the victory, the team’s second class win at the race under Bill Riley after taking the GTD win with the Viper in 2015. 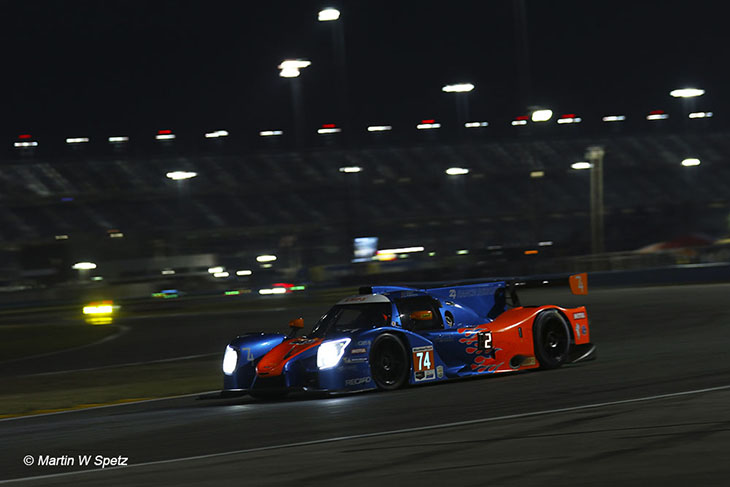 It was the first win too for all four drivers: Spencer Pigot, Gar Robinson, Scott Andrews and Oliver Askew (the latter making his endurance racing debut).

It was the second win for a Ligier chassis, after the overall win for an LMP2 spec Ligier HPD in 2016 and the first win in any class for a Nissan engined car since a win in 2003 in the SRPII class for a Lola B2K/40 (below)! 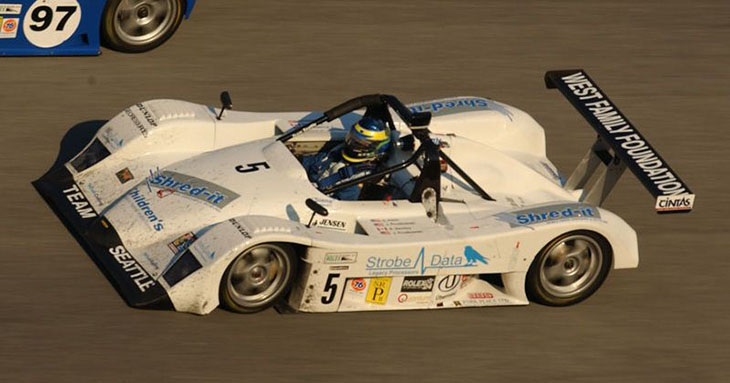 The GTD class saw, remarkably, the first win at the Daytona 24 Hours, in any class by a Mercedes Benz. 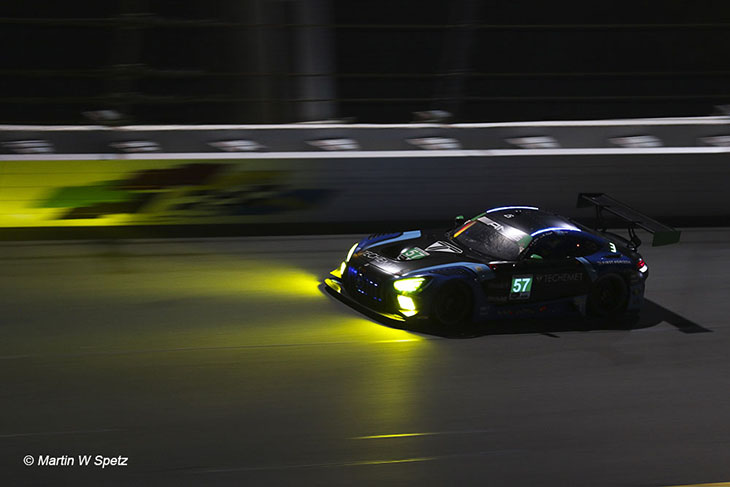 It came with the debut at the race from winning team Winward Motorsport with their #57 AMG GT3 Ivo heading home a 1-2 for the marque ahead of the #75 Sun Energy1 car.

All four drivers in the winning car score their first Rolex 24 class win, Maro Engel adding a Daytona title to his 2016 Nurburgring 24 Hours win, Indy Dontje adds to his 2019 Dubai 24H class win, Philipp Ellis to his 2018 GT4 win at Dubai and for Russell Ward a first-ever Endurance class victory.