DXDT Racing will field three Mercedes AMG GT3 Evo efforts in the 2021 Fanatec GT World Challenge America powered by AWS with the pairings of David Askew and Ryan Dalziel, and George Kurtz and Colin Braun back in GT3 competition, joined by Erin Vogel and Michael Cooper for a three-car team effort.

Kurtz’s CrowdStrike Racing will also return, back for its third year of partnership with DXDT Racing.

The 2021 Championship will again host two 90-minute two-driver races per race weekend, the season finale will again be the Indianapolis 8 Hour, running in conjunction with the Intercontinental GT Challenge.

DXDT Racing also used the off-season to relocate their operations from Salt Lake City, Utah to Statesville, North Carolina. Located centrally to more North American racetracks than previously, the team will be able to save travel time and resources. The new facility boasts 20,000 square feet where DXDT will continue to build the program and hire new staff to reinforce the team’s strong standing in the series.

FCP Euro is moving to the IMSA Michelin Pilot Challenge in their #11 Mercedes AMG-GT4, which will be driven by Michael Hurczyn and Nate Vincent. The program’s first race will be the series’ third round of the season at the Mid-Ohio Sports Car Course on May 14-16. 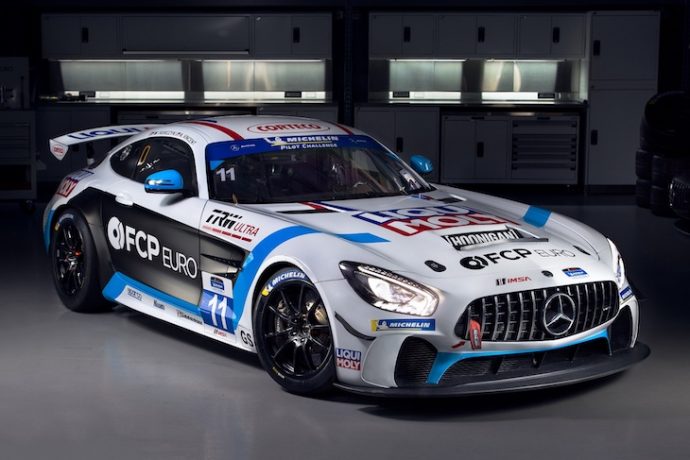 “FCP Euro has always had big aspirations as a business, on the track, and as part of the automotive community,” said Kyle Bento, Director of Marketing, FCP Euro. “Our new program with IMSA is no exception. We are excited to see the FCP Euro colors on a Mercedes AMG-GT4. It’s an incredibly capable platform for GT4, and we’re excited to continue to grow our expertise
and Mercedes-Benz product catalog.”

FCP Euro’s racing team is almost exclusively staffed by employees from the company’s Milford, Connecticut headquarters, who have roles within the company in addition to their work on the race programs. This includes the two race-winning drivers, Michael Hurczyn, FCP Euro’s Brand Director and Nate Vincent, FCP Euro’s Motorsport Director.

The FCP Euro motorsports program began in 2016 with a BMW that was raced in American Endurance Racing (AER) by Hurczyn and Vincent. FCP Euro then built a Mercedes C300 to compete in AER, which was the lone Mercedes-Benz model in the season championship. Theteam then stepped into professional racing with a pair of Volkswagen GTI TCRs competing in SRO Motorsports TC America championship, then known as Pirelli World Challenge. The effort culminated with capturing the 2019 SRO America TCR team and driver’s championships, with Hurczyn taking the title and Vincent finishing second.

CJ Moses will advance from the TC America series to join the GT America competition with a DXDT-run Mercedes AMG GT3 Evo..

The newly established GT America championship will run seven double headers in a single driver 40 minute sprint race format. The series will include GT3, GT2, and GT4 platforms aimed for Bronze drivers to have a wide variety of competition across North America. CJ Moses will join the new series riding the momentum of five podium finishes from the 2020 season.

AIM Autosport, last seen in IMSA competition last season supporting the Lexus GTD effort have re-emerged with plans to field a Toyota Supra GT4 in a planned new Canadian GT4 and TCR-based Series for 2021 and the potential for a further two Supras to be added to the effort. 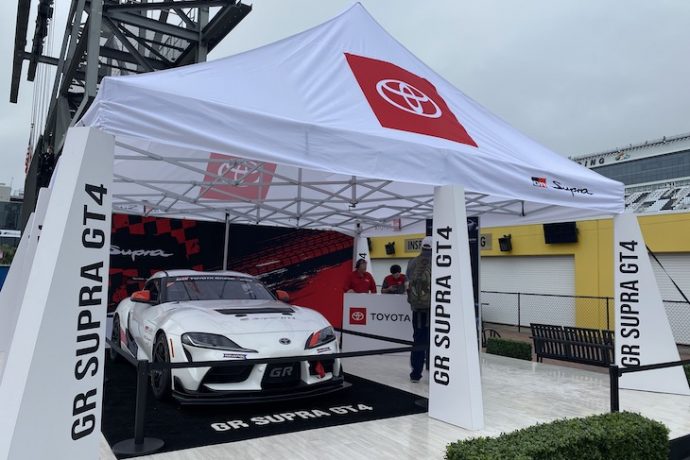 Several other notable teams have committed to the Series with Canadian-based Multimatic Motorsports also supporting the effort with at least one Mustang GT4.