Qualifying for the first two races of the Asian Le Mans Series got away on time at a very foggy Dubai Autodrome. The cool, overcast conditions saw lap times up to 2 seconds faster than times in pre-event testing, which was largely warmer and sunnier. Due to the condensed schedule, only a single qualifying session would be used to set the grid, with the fastest laps of the session being used for race 1, and the second fastest lap used to set the grid for race 2.

G-Drive locked out the front row for both races, with impressive lap times from Franco Colapinto in the #25 Aurus 01, backed up by team-mate Yifei Ye in the #26 Aurus 01. Colapinto was able to hold on to pole after eclipsing the early benchmark set by Sean Gelael in the #28 JOTA Oreca, before both Ye and Nicki Thiim in the #5 Phoenix Racing Oreca 07 also improved beyond Gelael.

Nicki Thiim in the #5 Phoenix Racing Oreca, also on debut in P2 machinery, was just outside the 43’s with a 44.072, with Gelael’s JOTA Oreca in 4th, then the Racing Team India Oreca at the hands of Narian Karthikeyan rounding out the top 5.

The battle of the LMP2-Am teams went the way of Daytona 24 winners ERA Motorsport; Kyle Tilley taking the #18 Oreca to 6th on the grid, with John Corbett in the sole Ligier of the field rounding out the P2 grid in the Eurointernational #11.

The grid for the second race is almost identical to the first, with Nicki Thiim unable to match his fastest lap in the #5 Phoenix Racing Oreca, ceding 3rd on the grid to Gelael and the JOTA #28 Oreca. Colapinto was again the quickest, with less than a tenth separating the two G-Drive Aurus 01 cars. 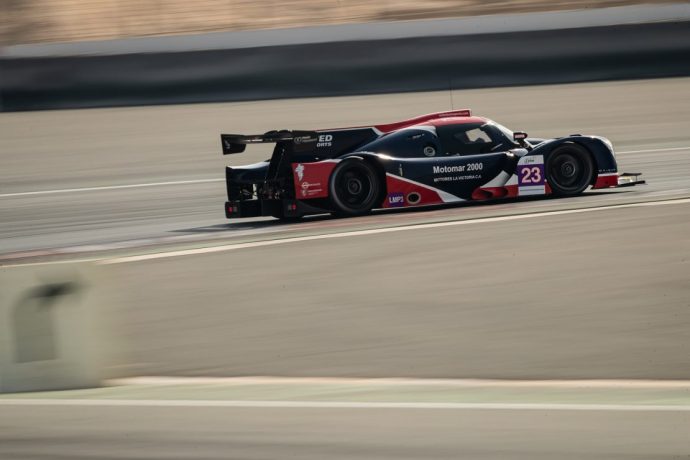 United Autosport put on an LMP3 qualifying masterclass, with Wayne Boyd and Duncan Tappy duelling for pole position in both races, ultimately falling the way of Wayne Boyd and the #23 car with a 1:51.418, eclipsing Tappy by 7 thousandths of a second.

The United Autosport cars were the only two to drop into the 1:51’s, with Adam Eteki in the CD Sport #33 Ligier the next placed car, ending on a 1:52.056. Malthe Jakobsen finished fourth on a 1:52.471 in the #15 RLR M-Sport Ligier, before the only Duqueine M30 in the field at the hands of Laurents Horr and DKR Engineering.

Colin Noble and Matt Bell in the pair of Neilsen Racing efforts encountered trouble, both being pinged multiple times for track limits violations. The pair were obviously pushing the limits, but their efforts were only capable of 6th and 8th respectively. They were split by the remaining United Autosport Ligier; Andrew Meyrick unable to match the outright pace of his team-mates.

Leo Weiss qualified the Phoenix Racing Ligier in 9th, with the field rounded out by Charlie Robertson in the #44 ARC Bratislava Ginetta. The worldwide competition debut for the Ginetta G61-LT-P3 not quite going to plan, with Robertson spending the latter half of the session in the pits, after only setting 4 timed laps. 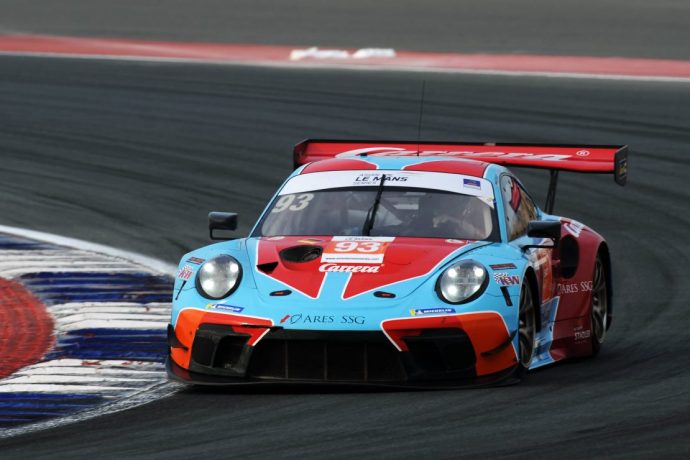 Charlie Eastwood was the top placed Aston Martin in the #95 TF Sport Aston Martin, just over half a second off the pace, and the top 5 was completed by Hub Auto Racing; Raffaele Marciello placing the #1 Mercedes AMG in 5th place.

The top placed BMW was Sami Matti Trogen in the #35 GT-Am Walkenhorst Motorsport M6, down in 16th.

Charlie Eastwood again finished the session in fourth for TF Sport and Aston Martin, with Maxime Martin completing the top 5 in the #88 Garage 59 Aston Martin. Alessandro Pier Guidi was the biggest mover between sessions, jumping up to 6th in the #51 AF Corse Ferrari, with Ben Barnicoat, Davide Rigon, Raffaele Marciello and Marvin Kirchhofer completing the 10. Interestingly, the cars making up the top 10 was identical across both races.