G-Drive Racing has taken a convincing 1-2 victory to go back-to-back for the opening weekend of the Asian Le Mans Series at Dubai. The #26 car of Yifei Ye, Rene Binder and Ferdinand Habsburg taking victory by almost a minute, despite being given a penalty for track limits violation earlier in the race.

The #25 G-Drive Aurus 01 finished second, lacking the pace in the middle part of the race to contend with the sister car. Franco Colapinto again was the star in the #25 car, setting the fastest lap of the race after great work by the Algarve pit crew delivered second place over the Phoenix Racing #5 Oreca in the pit stop. 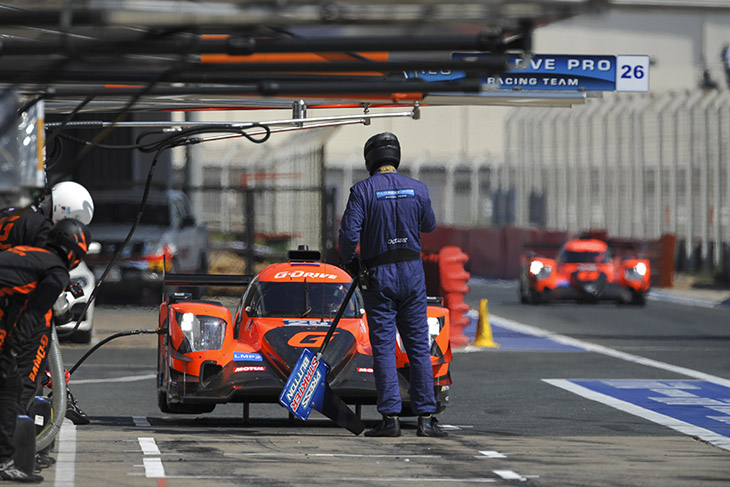 Phoenix finished in third, ahead of the early pace-setters in Racing Team India. The top 5 was rounded out by the leading LMP2-Am runner in ERA Motorsport, winning the class unchallenged after the #11 Eurointernational Ligier expired after 19 laps.

JOTA #28 Oreca 07 was the last of the running P2’s finishing in 6th, after an incident while the car was leading caused significant damage to the rear of the car, resulting in lengthy repairs.

LMP3 went the way of the #23 United Autosports crew of Manuel Maldonado, Rory Penttinen, and Wayne Boyd, taking victory from the sister car in the #2 United Autosports example. Andrew Meyrick doing a great job to hold off a charging Matt Bell in the #8 Nielsen Racing Ligier in the closing stages as they both overcame the #63 DKR Engineering Duqueine on the last lap, Jean Glorieux back in for a short stint as the Duqueine’s Michelins fell off. performance cliff.

It was a much better behaved start to the race with the field getting through the opening laps without major incident. It wouldn’t last however; a moment of contact between the #60 Formula Racing Ferrari and the #34 Walkenhorst BMW resulting in a FCY 13 minutes in, and the retirement of the #34 BMW. 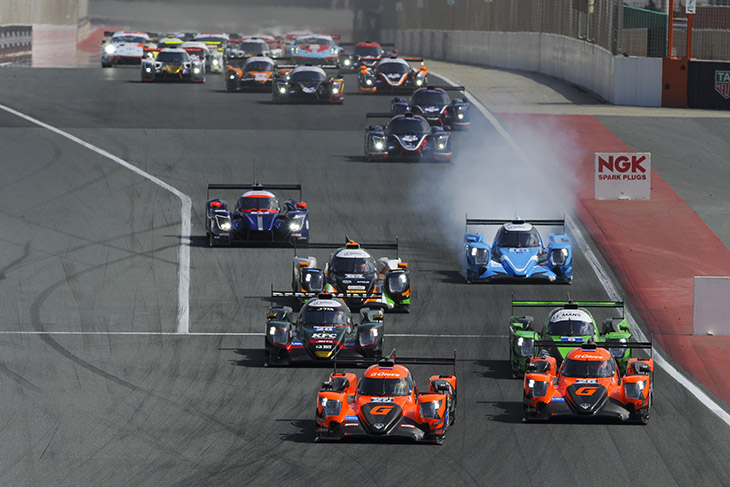 The restart saw a great battle for the overall lead, with John Falb in the #25 G-Drive Aurus 01 getting mobbed – first by Simon Trummer in the #5 Phoenix Racing Oreca at Turn 10, then by Sean Gelael in the #28 JOTA Oreca, and Arjun Maini in the #64 Oreca in consecutive corners. Gelael and Maini both made their way past Trummer, before Gelael set about chasing the leader.

The extended FCY allowed strategies to diverge in P3 and GT, with a number of crews electing to make the first of their three 110s pit stops well out of sequence. Significantly, the #63 DKR Engineering Duqueine committed to the alternate strategy, and the #1 Hub Auto car took pit stops at both FCYs, putting them well ahead of the pit stop requirement.

After the race resumption, it was Arjun Maini in the #64 Racing Team India car who had the bit between his teeth, closing a 5 second gap as he and Rene Binder in the #26 G-Drive Aurus 01 broke away from the field, setting laps over a second faster than the rest of the field. He eventually took the lead just before the next round of pit stops, but Naveen Rao was unable to hold on agains the charging Ferdinand Habsburg, who returned the #26 to the lead in short order.

Rao was eventually reeled in by both Matthias Kaiser in the #5 Phoenix Racing Oreca 07, then the impressive Rui Pinto de Andrade in the #25 G-Drive Aurus 01, while Habsburg, and then Yifei Ye, continued to stretch the lead. 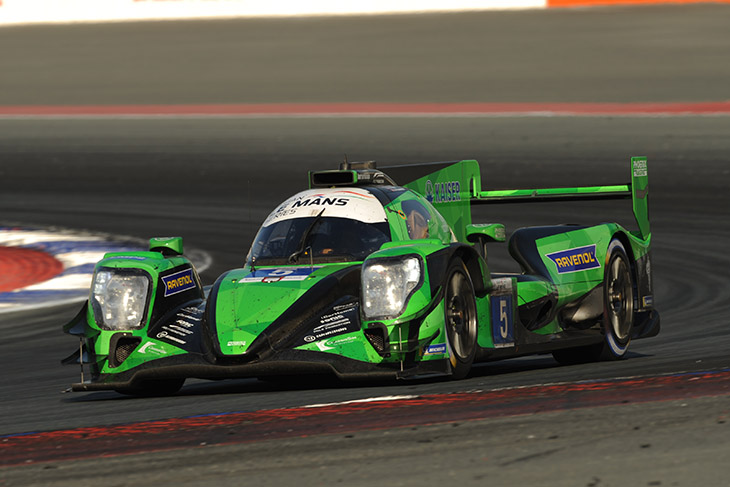 The next round of pit stops saw Phoenix and G-Drive pit their cars on the same lap, turning the 5 second gap into a head-to-head between the pit crews. Ultimately, a 17 second faster stop for the G-Drive #25 machine saw it take second place, and it wouldn’t be challenged again, with Franco Colapinto in the car able to see off the challenge from Nicki Thiim for the last part of the race.

In P3 it was the increasingly impressive Malthe Jakobsen who was the early pace setter in the #15 RLR M-Sport Ligier, jumping to the lead from 6th on the grid, but the prevailing interest was on the strategy option taken by the #63 DKR Engineering Duqueine. While the #23 United Autosport Ligier took the effective lead, the question was could the DKR Duqueine stretch out a 70 minute stint on fuel to make it to the end without a splash and dash. 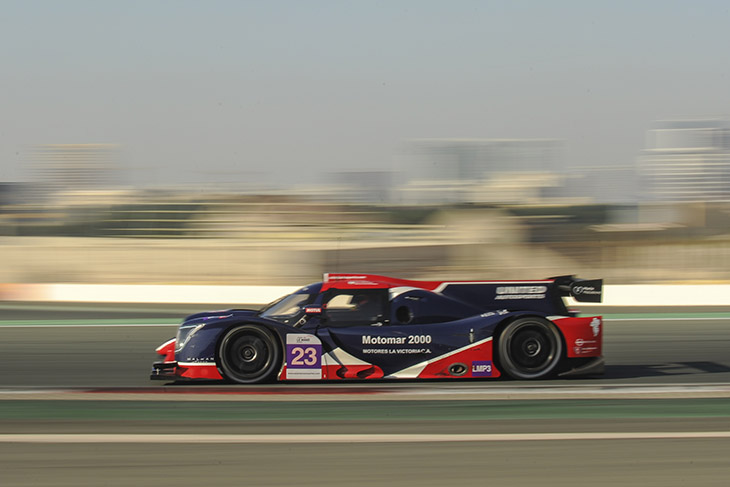 The answer came quickly, as the DKR car elected to short fill and take a short pit, meaning they still required one more 110 second pit stop heading into the last hour of the race. Ultimately the FCY they were looking for didn’t fall their way, with their final timed stop dropping them comfortably in second place. A late charge from the #2 United Autosports Ligier who was being caught by the #8 Nielsen Racing Ligier saw both pass the #63 DKR Engineering Duqueine on the last lap, a result not representative of the pace that the #63 had throughout the race. 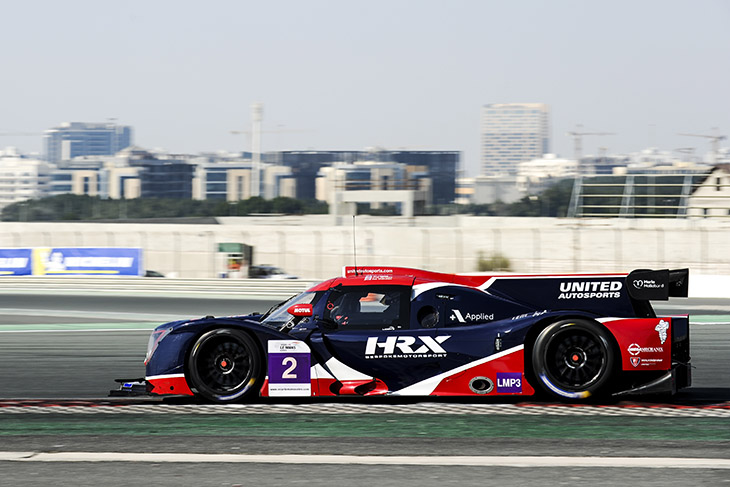 The third United Autosports Ligier rounded out the top 5, with CD Sport in the #33 Ligier and the #15 RLR M-Sport Ligiers the other untroubled runners. RLR M-Sport were the early pace setters with Malthe Jakobsen putting in an incredible display early on, but a series of problems including a pit-lane drive-through for exceeding the pit speed limit and a 1s Stop/Go penalty for exceeding the minimum pit stop time by 1 second, dropped them from contention. 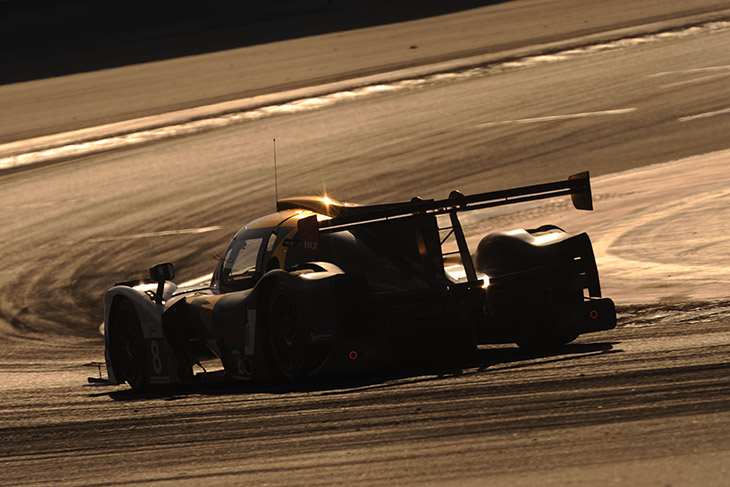 ARC Bratislava managed classification in the #44 Ginetta, but suffered through with an electronics problem losing them significant time on track. They were the last classified finisher in 32nd, while the #9 Nielsen Racing Ligier suffered a late suspension failure to retire in the last 40 minutes from 5th, and the #4 Phoenix Racing Ligier was involved in an accident early on.

GPX Racing atoned for the late race mistake that cost them a shot at victory in race 1 by taking a convincing victory in today’s race. A change in strategy, putting Alain Ferte in the middle stint, proved fruitful for the team, enabling Julien Andlauer to pull away from the field in the last stint, taking home the win. 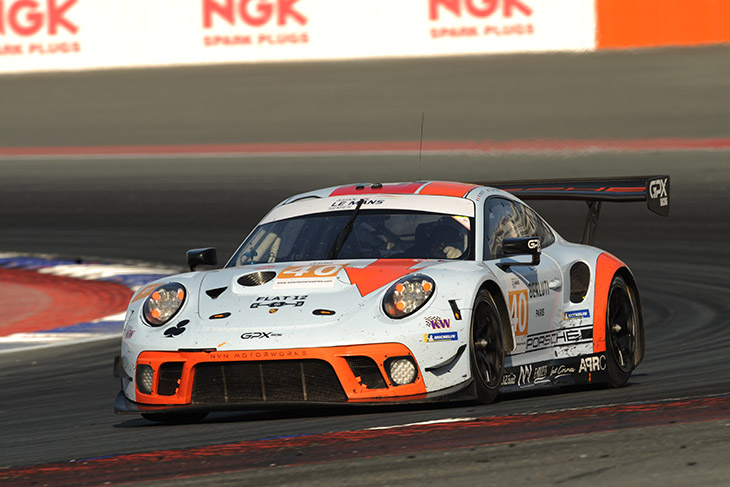 They finished ahead of the #55 Rinaldi Racing Ferrari 488, with another cracking late run by Maxime Martin in the #88 delivering a podium for the Garage 59 team. 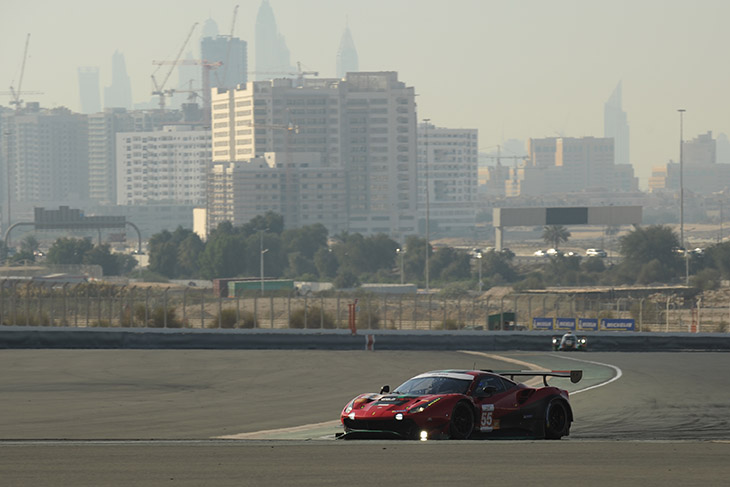 The battle for 4th, 5th and 6th went down to the wire, with Raffaele Marciello in the #1 Hub Auto Mercedes eclipsing both Ralf Bohn in the #99 Precote Herberth Porsche and Ben Barnicoat in the #7 Inception Racing McLaren on the final lap. The gap for 5th and 6th between the Porsche and Mclaren, a tiny 0.071 across the line. 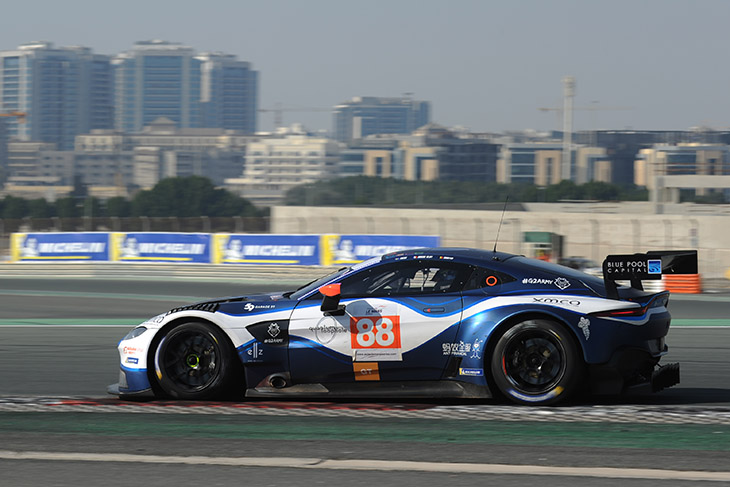 HubAuto will feel they were on track for a better result after clearing two of their 110s stops within the FCY’s in the first half-hour. However, a spin for Liam Talbot followed by a drive-through penalty for pit lane speeding saw them drop out of contention for the podium mid-race.

Oman Racing’s #97 Aston Martin, the #57 Kessel by Car Guy Ferrari, Precote Herberth Porsche’s #93, and the second #89 Garage 59 Aston Martin completed the top 10. Rinaldi Racing again took home GT-Am honours, despite a drive-through penalty for pit lane speeding. The Am battle all finished on the same lap, with Kessel Racing’s #27 Ferrari 30seconds behind, and the #35 Walkenhorst BMW a further 20 seconds back.

With the pair of wins, G-Drive’s #26 car holds the championship lead after the first weekend of action. The Asian Le Mans Series continues next weekend, with another pair of 4-hour races at Yas Marina, on Friday and Saturday.