The final Championship standings for the GT Class of the 2021 Asian Le Mans Series will not be determined until after an FIA hearing after the 5th place finish at the season finale at Yas Marina Circuit for the #99 Precote Herberth Porsche was challenged by fellow title contenders GPX Racing.

DSC understands that the initial challenge, based on the fact that the #99 team were told to repair the damaged number panel on the right side of the car, was rejected by Race Stewards, but that GPX has now lodged an appeal.

If the GPX appeal is successful then the #40 team could inherit the title but the #99 car would fall no lower than fourth in the points standings and would still qualify for one of four automatic invitations to the 2021 Le Mans 24 Hours.

The FIA appeal court hearing will take place at a date still to be determined.

Whilst there is no doubt that the #99 completed the race with the panel still damaged, paddock sources suggest that a repair was made as directed by Race Control, and indicates too that the initial repair was observed and cleared by pitlane officials.

The six confirmed recipients of an automatic invitation to take part in the 2021 Le Mans 24 Hours are:

Remarkably all four GT class recipients of an automatic invitation would be first-time entrants to Le Mans.

DSC has spoken to team sources for all four and all have confirmed that it is their intention to take up the entries, Precote Herberth and GPX likely to field Porsches, Rinaldi a Ferrari, and Inception Racing yet to determine what their choice would be.

The LMP3 win, confirmed after a remarkable clean sweep of the podium in the final race by United Autosports, secures the team’s sixth automatic invitation for Le Mans after LMP2 success in the 2020 Le Mans 24 Hours, Championship titles in the FIA WEC (LMP2), ELMS (LMP2 and LMP3) and second place in the ELMS LMP2 standings last season.

The team also have a guaranteed entry via their single LMP2 entry in the 2021 FIA WEC.

DSC believes the Yorkshire, UK-based team are most likely to seek to take up two of their automatic invitations alongside their WEC full-season effort.

G-Drive Racing’s entry is their second consecutive automatic entry via a title win in the Asian Le Mans Series, the Russian-flagged effort supported in both campaigns by Algarve Pro Racing.

Teams were putting the final touches to packing containers today at Yas Marina with Kessel Racing unloading first the Ferrari 488 GT3 that contested the Gulf 12 Hours in the hands of Valentino Rossi and his team-mates. 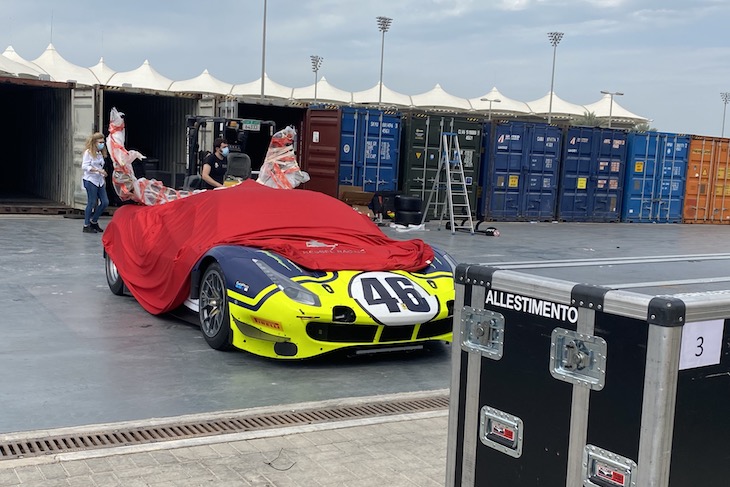 There’s no little anxiety amongst ELMS teams over tight deadlines on shipping ahead of the European season, especially in the wake of recent shipping schedule slippage.

Whilst many teams have expressed clearly to DSC their doubt that certain early season race meeting will go ahead, the response from race organisers at present is that both the FIA WEC and ELMS calendars stand firm with their opening races at Portimao (4 April) and Barcelona (18 April) respectively. 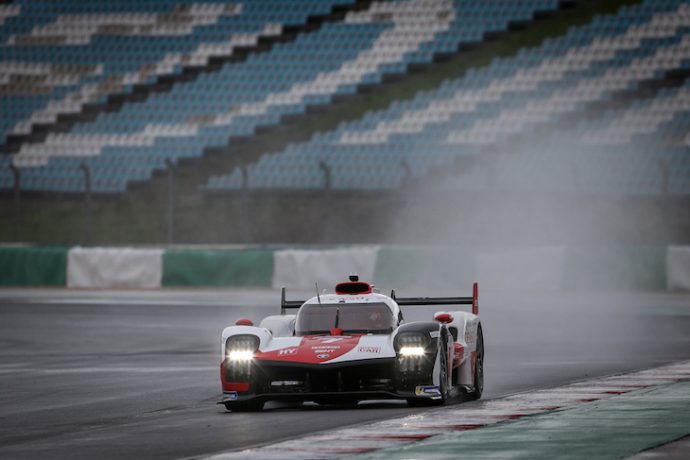 UK teams, in particular, are very concerned about the implications of the Portimao WEC season opener with Portugal currently ‘red-listed’ by the UK Government over COVID 19 concerns, the regulations at present forcing returning passengers to compulsorily hotel quarantine on arrival for 10 days at a cost of £1750 each, plus the cost of compulsory further PCR testing, a measure that was brought in after the Asian Le Mans entry had assembled in Dubai, the UAE similarly red-listed, at a cost to the UK-based teams in quarantine, additional testing, lost income and other expenses that paddock sources estimated could top one million dollars.

Seven full-season WEC cars are crewed by teams based in the UK plus a number of drivers adding a further five cars to teams that could be affected if the Portimao date is retained.