Manthey-Racing will start in the upcoming season with a Porsche 911 GT3 R (# 911) in races on the Nürburgring-Nordschleife. The green and yellow 911, also known as the “Grello”, will be driven in the 24-hour race (June 3rd/6th, 2021) by Matteo Cairoli, Michael Christensen, Kévin Estre and Lars Kern.

The team also wants to use the #911 in all rounds of the Nürburgring endurance series before the endurance classic in the Eifel, as well as in the 24h qualifying race.

Nicolas Raeder, Managing Director of Manthey-Racing GmbH: “After a mixed 2020 season, in which we couldn’t start our home race, the Nürburgring 24-hour race, we are looking forward to the upcoming season with anticipation. Last year the NLS worked out a great concept so that we could even race. We hope that the season can start as planned and that little by little fans will be able to join in again. We are well prepared and ready to fight for victories. ”

Kévin Estre, Porsche 911 GT3 R # 911: “I was very pleased to receive the news of competing for Manthey-Racing on the Nordschleife again this year. I have the feeling that I have a personal bond with the “Grello” after the years together in 2018-2019. We also have a great pair of drivers: I’ve celebrated many victories with Michael, Lars is one of the most experienced Nordschleife drivers and Matteo, as a young driver, has a lot of experience and speed. I can hardly wait to get behind the wheel of the “Grello” again. ”

Lars Kern, Porsche 911 GT3 R # 911: “I’m really looking forward to being able to contest another season with Manthey-Racing on the Nordschleife. For me, it is the dream combination: best track, the best team, best car. It would also be nice if things normalized a little this year and if we had fans and a good atmosphere on the track again – the Nordschleife and the surrounding area thrive on the enthusiasm around it. Our driver line-up doesn’t need many words: two world champions and Matteo has already driven two 24-hour races with me. I can hardly wait until it starts. ”

LifeCarRacing team will be fielding a BMW M2 CS in the one-make Cup class of the Nürburgring endurance series. But not only the vehicle is new, but also the eye-catching wrapping of the car, affectionately known as ‘Holzi’. 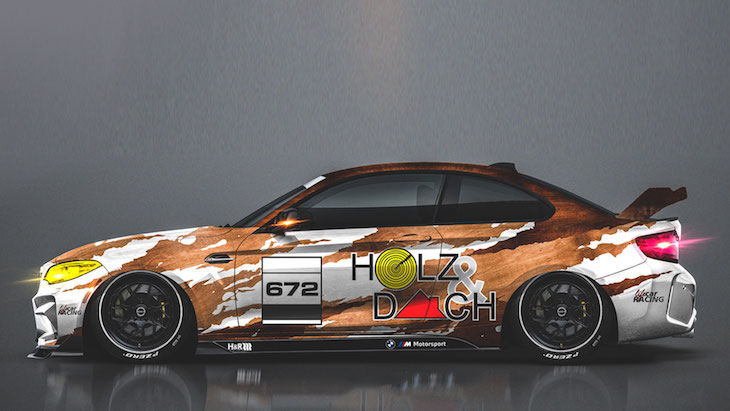 “Black Fish Graphics did a great job with the design and we are already looking forward to the fact that ‘Holzi’ is standing in front of us in all its glory and that we can race through the Green Hell with him,” says the driver and team boss Thomas Leyherr, who is looking for an additional driver for the 2021 season.

The brand new BMW M2 CS has been in the possession of LifeCarRacing since November last year and the team used the time to familiarize themselves with the new vehicle.

During the season, ‘Holzi’ is prepared by none other than long-time racer Johannes Scheid, who is a dedicated BMW specialist at LifeCarRacing.

W&S Motorsport will line up four Porsche Cayman models in two classes for the 2021 NLS/ VLN season. The team of Patrick Wagner and Daniel Schellhaas starts in Cup 3 and V5. 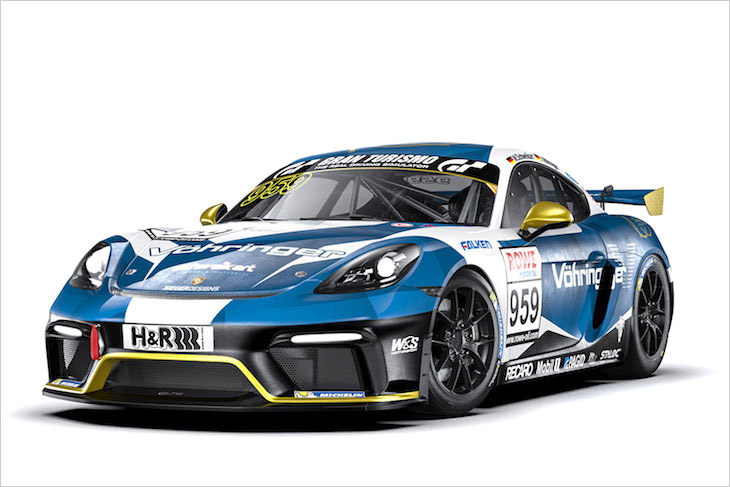 Jürgen Vöhringer, Walter Schweikart and Niklas Steinhaus will start in the Am class of the Cayman GT4 Trophy by Manthey-Racing with the #959. The second Porsche is switching from the SP10 to the Cup class this year. Here, long-time W&S Motorsport driver Daniel Blickle will take hold of the wheel with the second seat still to be finalised.

The second Cayman V5 will go into the race with different driver pairings over the course of the season in order to enable the pilots to get the ‘Ring Permits.