Car #63 will be driven by Italy’s Michele Beretta, the reigning ELMS GTE Champion together with reigning GT World Challenge Endurance Silver Cup champion Frederik Schandorff from Denmark whilst the team-mate for Belgium’s Baptiste Moulin in the sister #19 car will be announced shortly.

VSR debuted in the International GT Open in 2018, winning the Am category with Giulio Borlenghi and  Andrzej Lewandowski.  A year later this success was followed by victory in the 2019 Pro-Am category with Frederik Schandorff who returns for 2021, this time for a shot at the Pro title. In 2020 VSR kept their GT3 cars in Italy, because of the pandemic, winning the Italian GT Sprint Championship.

Vincenzo Sospiri:  “I’m really happy to bring my team back to the GT Open paddock and am looking forward to working again with all the great people in Jesus Pareja’s GT Sport group. We have a strong driver line-up and valuable support from Lamborghini Squadra Corse so I’m confident we will have another great season.”

Giorgio Sanna (Head of Motorsport, Lamborghini):  “We’re glad to be back in the GT Open this year, competing in the Pro class with VSR and some of the drivers from our GT3 Junior programme. I’m confident that our Huracán GT3 Evo cars are in the right hands to be competitive in what is always a challenging series.”

Michele Beretta:  “I’m very happy to return to racing with Lamborghini and with Vincenzo, with whom I  started in single-seaters many years ago. I would like to thank him and also Giorgio Sanna for this opportunity and for giving me the chance to aim for the title. Now we are looking forward to some testing in preparation for the start of the season!”

Frederik  Schandorff: “It’s great to be able to confirm my 2021 programme and announce that I will again be running with VSR in the International GT Open, a series where we have both tasted victory in the past. I must thank my sponsor, PR  Electronics as well as Lamborghini Squadra Corse and PPM for their support in putting this exciting programme together”.

Baptiste Moulin: “I’m really excited about driving with VSR and Lamborghini in the GT Open this year. This is a great opportunity for me and we have clear goals from this programme which we have set together. I can’t wait to get started.”

AKM by Antonelli has been a regular GT Open contender in recent years and will return in 2021 with a bolstered two-car AMG GT3 team. 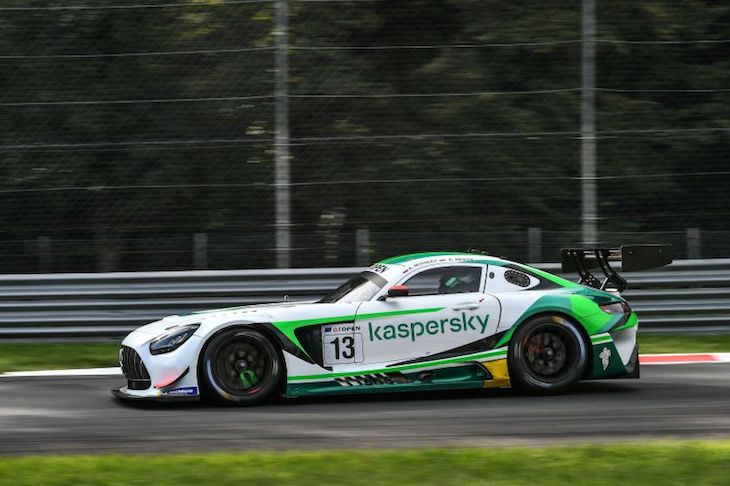 The San Marino team, which has its operational base near Bologna, took runner-up honours in the Am class with Alex Moiseev and Alexei Nesov last season will enter full-season two Mercedes AMG.

One, in the colours of Kaspersky, will compete in Pro-Am, the other should be fielded in Pro.

“We always enjoyed the GT Open, which has all the right ingredients for us”, commented team principal Marco Antonelli, “and plans for 2021 are shaping up nicely. We will make announcements soon.”

Reno Racing will enter the International GT Open on a full-time basis in 2021 after a highly-successful debut in the series at the 2020 season finale. 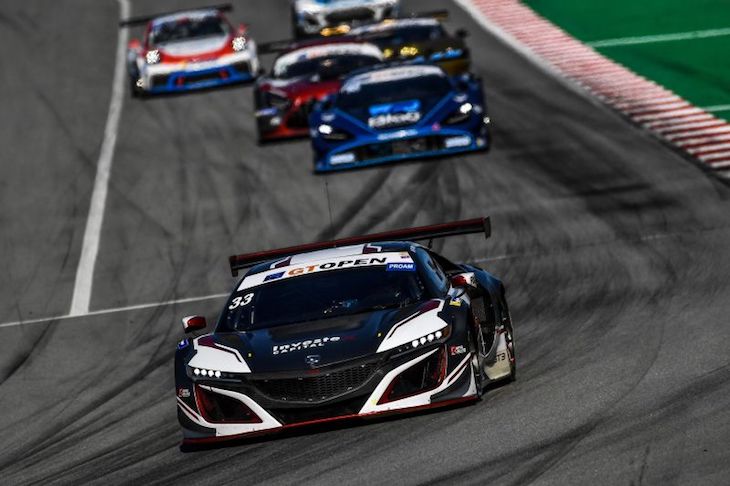 The Danish team has confirmed the entry of a Honda NSX GT3 Evo, to be raced by JAS Motorsport Development Driver Reece Barr, as part of ambitious plans to expand to a two-car line-up.

Team Principal Jens Møller, the 2019 Blancpain GT Sports Club champion, shared the Honda with Barr at the Barcelona GT Open round last November as the pair entered the event as a toe-in-the-water exercise. Two Pro-Am podium finishes and a class pole position – on the overall front row – for Barr ensured a big impression was made.

Reno has yet to confirm whether the first NSX GT3 Evo will compete in the Pro or Pro-Am category, with co-drivers from each division currently under evaluation.

Jens Møller, Team Principal: “I was so happy with the way our GT Open debut went at Barcelona last year and we all decided before we’d even left the circuit that we were going to try and come back for the full season this year with Reece, who was incredibly impressive in his first weekend racing the NSX GT3 Evo. We have several options for Reece’s co-driver and that will determine whether we enter the Pro or Pro-Am category, but certainly, we believe we should be fighting for the title in either class. Our aim is to expand to a two-car line-up if possible, and this could open up many new opportunities, both for ourselves and for our potential new drivers.”

Reece Barr: “I’m so excited about the season ahead in International GT Open. After the way we performed at Barcelona last year with the two podiums and the pole position in class, I really just wanted to do it all again straight away. Having a full season secured feels great and continuing with JAS Motorsport as part of the Driver Development Programme going into 2021 is going to be a huge help too. I got on really well with the Reno team at Barcelona and in the few tests we did before that and we definitely work well together. Whether it’s Pro or Pro-Am for us, I’ve had a taste of being right at the front and I definitely want to continue that, but I’m taking nothing for granted because I expect the level of competition to be even greater than it was last year. I’m just taking a sensible approach, preparing myself in the most relevant way I can, and looking forward to getting started.”

Team Lazarus will continue to campaign their two Bentley Continental GT3 cars in the 2021 International GT Open with a new livery set to grace the cars. 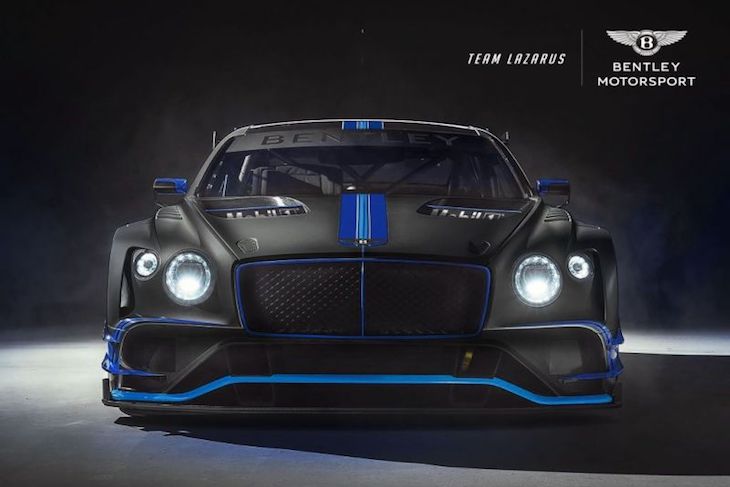 In the Italian squad’s first season with the Bentleys in 2020 they took one win, two pole positions, a further three podium finishes and two fastest laps with Fabrizio Crestani-Yannick Mettler, who finished fourth in the overall standings. 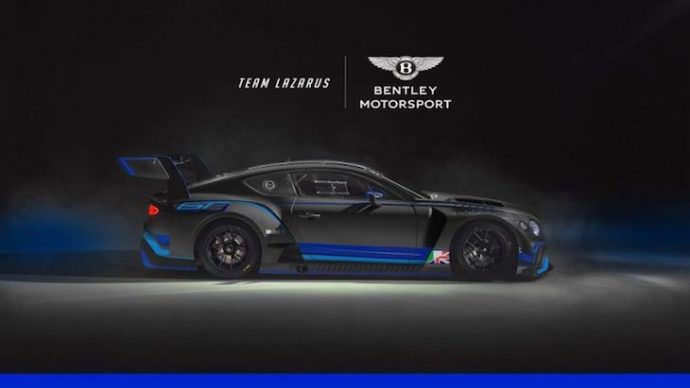 Team Principal Tancredi Pagiaro commented: “We are aiming at even higher results in 2021 and we will do our best to be among the top players in the championship.”

Optimum To Return With Two McLarens

Optimum Motorsport is set to field two McLaren 720S GT3 in the 2021 GT Open after a campaign last year that saw one overall and two Pro-Am race wins. 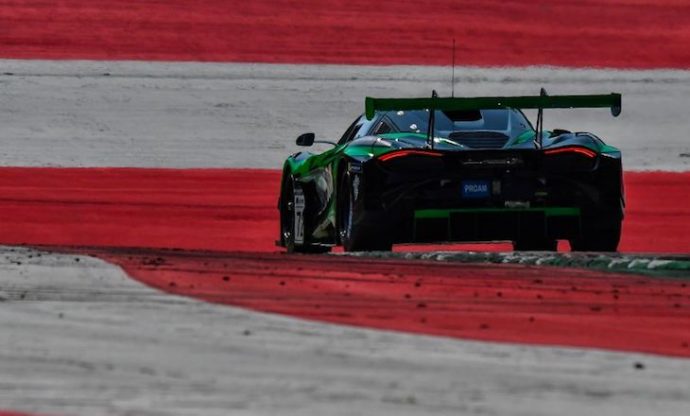 Team Principal Shaun Goff: “The team and the drivers enjoyed a lot the series in 2020 and the good results conquered in a very competitive environment. We plan to be back and be even stronger. We will announce the details of our 2021 programme in a few weeks.”