SRO Motorsports Group has extended its agreement to organise and promote the Intelligent Money British GT Championship into a 20th year and beyond after renewing its current partnership with the category’s national ASN, Motorsport UK for a further 5 years until the end of 2025 at least, 22 years after SRO Motorsports Group’s existing tenure began.

Stéphane Ratel, SRO Motorsports Group founder and CEO: “No series has been part of SRO Motorsports Group’s portfolio longer than the Intelligent Money British GT Championship, and I think that longevity speaks for itself. However, it’s also a very important element within global GT racing and wider motorsport. Many teams, drivers and staff gain experience in British GT before embarking on European and international programmes. These are often SRO-run events that use the same common regulations, but GT3 and GT4 is now so widespread that the sky really is the limit. Motorsport in general benefits from this universal platform, including the UK which remains one of the best-represented industries.

“On a personal level, we are very proud to have overseen the same championship for more than 20 years. I’d like to thank Motorsport UK for again placing their trust in SRO Motorsports Group but must also highlight the tireless work of Lauren Granville and Benjamin Franassovici who, between them, have managed British GT so successfully for the majority of the last two decades.”

Hugh Chambers, Motorsport UK CEO: “We are delighted to extend our long-standing relationship with the SRO Motorsports Group for a further five years. Stéphane Ratel and his highly professional team have developed a fantastic formula, which works incredibly well for the British GT Championship. The calibre of drivers and teams that return year after year, aligned with the professionalism of the series, produces exceptional racing – with the title fight frequently going down to the final round. We look forward to working with SRO to ensure the continued success of the championship and as a platform to engage with new audiences and promote motorsport in general.” 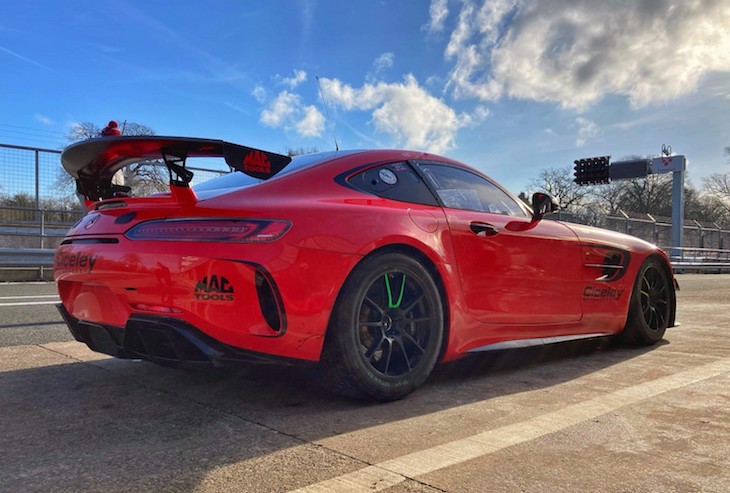 The 26-year-old now teams up with national BMW convert Whitmore who joined the championship part-time with Century’s Tegiwa-backed M4 last year. They will use Ciceley’s Mercedes-AMG, which made its only previous British GT appearance at Donington Park in 2018 but has since raced internationally with the team.

It also marks Mercedes-AMG’s full-time return to the British GT4 class after the model made just one appearance in 2020 with Team Parker Racing.

Giddings is no stranger to Ciceley having previously raced their Mercedes-AMG and Clio Cup cars during one-off outings. Now British GT’s nine-round campaign provides an opportunity to build on that partnership across a season.

“It is great to be back on the British GT grid this year and I’m really looking forward to the challenge again,” he said. “Having won the GT4 Championship back in 2014, I know the level of commitment and determination it takes to secure the title. And having raced with Ciceley Motorsport in the Dubai 24 Hour twice, I also know the team and the car really well.

“The car is not only fast but also meticulously prepared, so I am sure we will be competitive from the off. We have a comprehensive test schedule in place, and I am really looking forward to working with my new team-mate Dave Whitmore.”

“This will be my first full season competing in British GT – it’s been a dream of mine and my entire professional life has been focused on securing this seat!” he said. “The guys at Ciceley Motorsport are great, we have just finished our first test and I love the Mercedes GT4.

“I am keen to learn as much as I can from Jake who is enthusiastic and helpful both in and out of the car. I have spent a lot of time looking through data with Jake and the team’s engineers to improve wherever I can. It is a fantastic feeling to be competing at such a high level on the British GT package as only a few years ago I was watching from home.”

Ciceley’s Commercial Director, Norman Burgess, added: “We at Ciceley Motorsport cannot wait to start our first full campaign in British GT. It is something we have wanted to do for a few years and we are now finally here. We have a great driver pairing: Jake is a previous champion and Dave is like a sponge soaking up all the information he can and is already turning heads with his speed and consistency.

“The team are well prepared having competed in the Gulf 12 Hour and the 24 Hours of Dubai. The core of the team gives us a great starting point with Nick Hancox as Team Engineer, Dave Hudson No1 mechanic and Adam Morgan assisting both drivers with data and video interpretation. We have a proven track record with our pace at these events and will carry this forward into British GT.

Back in December, the Fenny Compton based team announced that another of their 2020 Ginetta GT4 SuperCup drivers was stepping up to British GT [Gus Burton]. Now the team can confirm that Salkeld, who also raced with Century in last year’s Ginetta SuperCup, will be behind the wheel of the team’s second BMW M4 GT4. 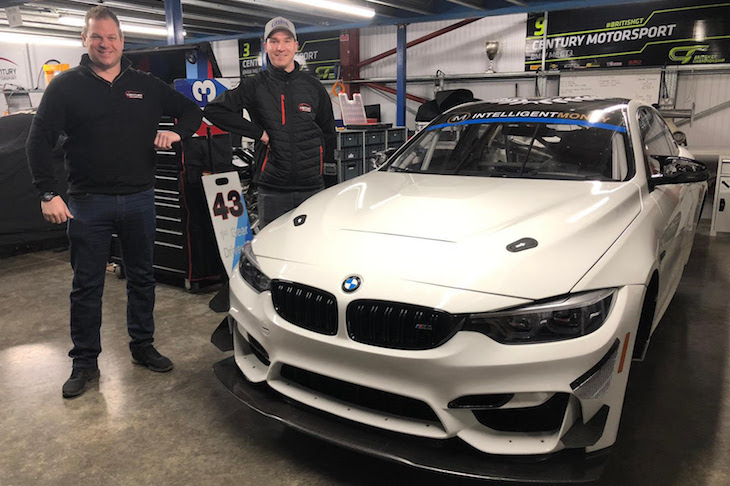 Last year, Salkeld finished as runner up in the SuperCup Pro-Am Class standings – just behind seasoned racer Colin White. He took four out of a possible five podiums across the two rounds he competed in with Century Motorsport.

Complete with a new EVO upgrade for 2021, the BMW M4 GT4 is set to be a fierce competitor in this year’s British GT Championship.

Nathan Freke: “I’m very happy that Chris has stayed within the Century family and progressed up into British GT. Whilst Chris has only been racing for 3 years, he has the right approach and has a good talent.

I’m looking forward to getting testing with cars and drivers. With the new EVO upgrade, I’m sure we are going to be a force to be reckoned with.”

Chris Salkeld: “I’m over the moon to be making my debut in BGT with Century and BMW. It was a no-brainer for us to team up again for 2021. After only 2 weekends with the team last year, I knew instantly it was the right decision and I cannot wait to get started on the upcoming season.

Having joined Century, I was instantly blown away by their professionalism, attention to detail and knowledge of the cars they run, both in British GT and elsewhere. It’s an honour to be a part of such a great team with an incredible legacy, along with working closely with one of the world’s biggest car manufacturers in BMW.

Century has an incredible history of developing drivers into top GT stars and I’m excited about what our future holds together. We have to be pragmatic with our expectations this year as we move into the highest category of GT racing UK has to offer in only 3 short years of motor racing, but after a tricky 2020, I’ve got my fire back and will be working harder than I ever have to get back on that top step.

A huge thanks to everyone at Ainsley Harriott Food Company and Cooplands Bakery for making this season possible, along with all my other sponsors. I know it’s incredibly difficult times currently for everyone and I cannot thank you enough for your continued support.