Rutronik Racing are adopting new colours for their third season in the ADAC GT Masters with the #33 Audi R8 LMS of Dennis Marschall and Kim Luis Schramm driving a silver car this year. 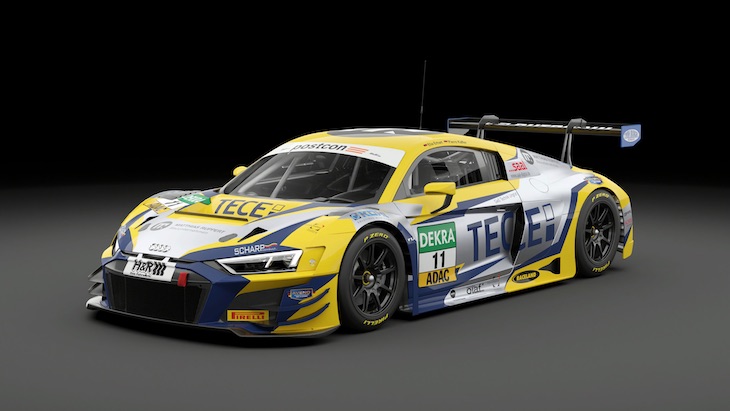 The sister #11 car for Elia Erhardt and Pierre Kaffer meanwhile also sees the car race with a silver base colour in 2021 but with yellow highlights.

Toksport WRT will return for a second season in ADAC GT Masters after challenging for the title in their debut year, eventually finishing a close third in both the drivers and teams standings. 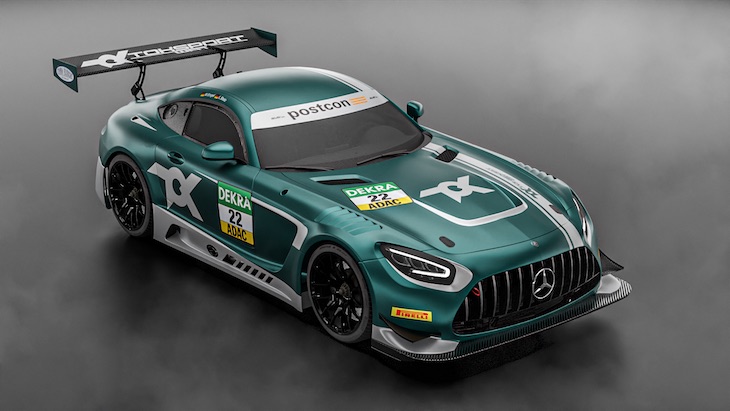 In the 2020 ADAC GT Masters, the German pairing celebrated their first victory at the opening race at the Lausitzring together and finished on the podium a total of seven times during the year.

Schubert With BMW M6 GT3 and an M4 In GT4 Germany

Schubert Motorsport will return with a BMW M6 ​​GT3 in the 2021 ADAC GT Masters and is also planning to expand into the ADAC GT4 Germany with an M4 GT4.

Last year, Schubert, one of the three most successful teams in the history of the series, clinched its eleventh race victory in the ADAC GT Masters with Henric Skoog and Nick Yelloly at the Red Bull Ring. 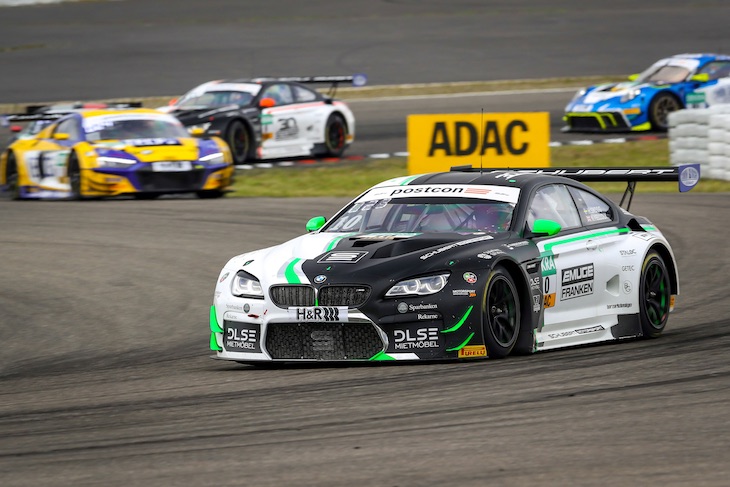 This year the team are targeting solid performances to secure a 2022 programme with the new BMW M4 GT3. 2021 GT3 drivers will be announced shortly.

For the first time, Schubert Motorsport is also planning a commitment in the ADAC GT4 Germany.

“Last year was a great challenge for Schubert Motorsport in many ways,” says team principal André Schubert. “The solidarity in our team as well as our strong partners and sponsors made our return to the ADAC GT Masters possible despite the difficult circumstances in the world. It was an important step and we are looking forward to attacking the world’s most powerful GT3 series again with the BMW M6 GT3. Exciting new and familiar paths await us. The ADAC GT4 Germany is a young racing series with a lot of potential. “

The GRT Grasser Racing Team has announced the drivers of their fourth Lamborghini Huracán GT3 Evo for the ADAC GT Masters: 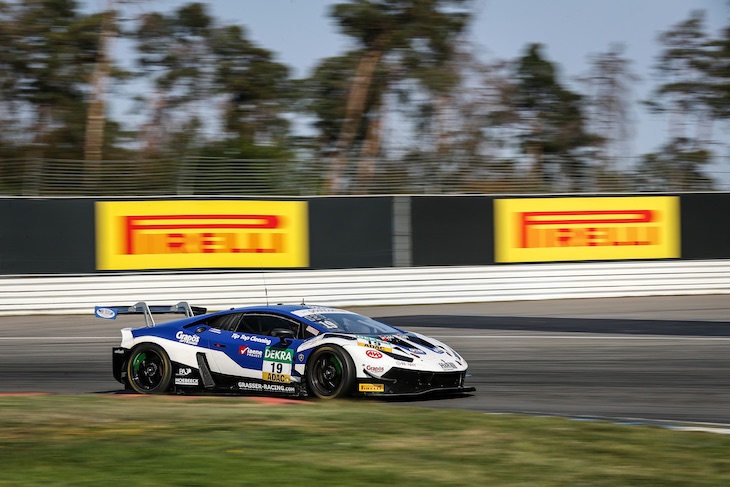 Schmid returns for a second season with the team joined by new signing Ortmann who moves to the lamborghini after several seasons in Audi machinery.

“In Clemens Schmid and Mike David Ortmann we have found an excellent silver driver pairing”, says team boss Gottfried Grasser. “I am very happy that Clemens is on board with us this year too. Last season was not always easy for him, but I am sure that he will have a good year with his new team-mate. Mike David is a fast driver who has the necessary experience in GT3 racing. I am very confident that the two will be successful together. With this last piece of the puzzle, we excellently filled our four Lamborghini Huracán GT3 EVOs. In April we will start the new season with the official pre-season test in Oschersleben. The response to the ADAC GT Masters 2021 is fantastic and we can hardly wait. ” 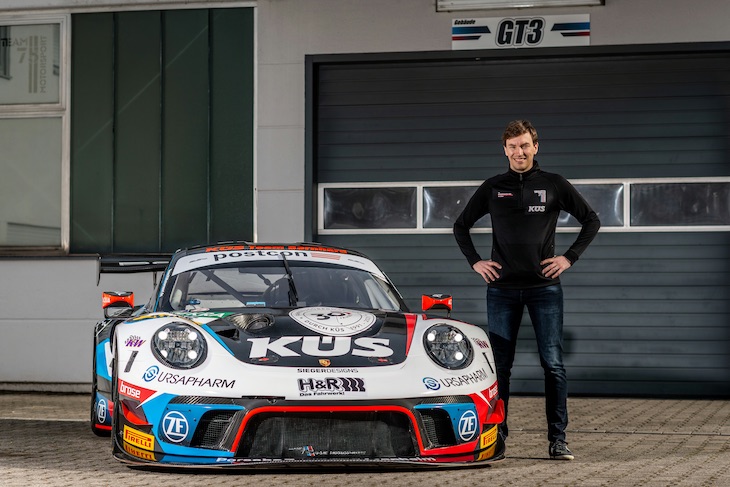 Engelhart is one of the most successful drivers in the ADAC GT Masters. Last year he won the drivers’ championship together with Michael Ammermüller in a Porsche fielded by SSR Performance. The Bavarian has already won a total of 15 championship races.

“The ADAC GT Masters is again the spearhead of our numerous motorsport programs this year, in this top league we want to show our capabilities as a team,” says team principal Timo Bernhard. “With Christian, we have been able to sign the current champion who will form a very powerful duo with Thomas, who has just been promoted to Porsche works driver. I am very confident that we will fight for top positions here. I also see the upgrading of the championship with distinction and the title of German GT Champion as extremely positive. ”

In addition to the drivers, there are other changes Küs Team Bernhard this season.

Timo Bernhard for the first time will take over the management of the team in support of his sister Jennifer Leising. 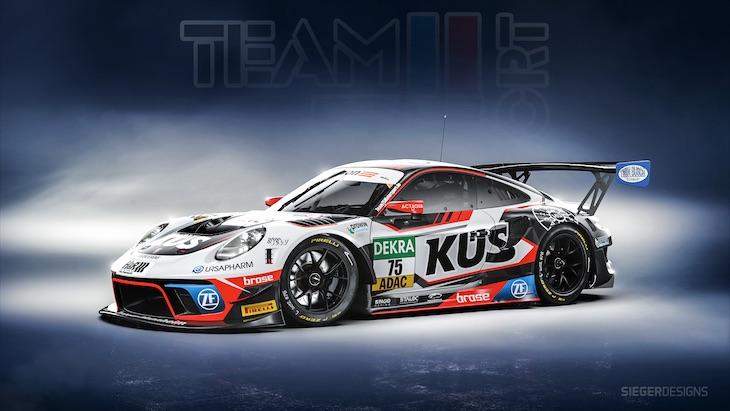 The start numbers for the two Bernhard Porsches are also new: Engelhart and Preining will the #75 this season, the sister car, the drivers of which will be announced later, will be #74. The number 75 is a reminder of the team’s roots: Rüdiger Bernhard, Timo Bernhard’s father, started his motorsport activities in 1975.

Teenage driver duo Alexander Tauscher and Levi O’Dey return for their second season with the team after finishing second in the 2020 Pirelli Junior classification last season.

“I am very happy that we are continuing with our young talents in the ADAC GT4 Germany,” said Timo Bernhard. “Both showed a lot of potential last season. Alex had his highlight with winning the start at the finals and Levi was particularly noticeable with his consistently fast laps on podium level. We would like to expand this potential as a team.”