Winward Racing has added a full campaign in the International GT Open to an expanding programme of activities in 2021. Markus Sattler and Nico Bastian will share a Mercedes-AMG GT3.

The team step up from a one-off appearance in 2020 when they contested just one race weekend (at the Hungaroring, taking a podium finish in Pro-Am).

“Free time is overrated,” laughs WWR team boss Christian Hohenadel. “We are happy and proud to be able to put together such a wide-ranging and colourful program for the upcoming season. There really is everything there, and each individual race series exudes its very own charm and appeal. We can all hardly wait for it to finally start. And of course, we’d love to do it the way we know and love it, with lots of spectators and a great atmosphere!”

After a successful first GT Open season in 2020, finishing runners up in Pro-Am, JP Motorsport plans to be back in 2021. The team will enter with its black-and-gold #88 Mercedes-AMG GT3 and drivers Christian Klien and Patryk Krupiński. Only one point shy of the title in their debut season, the duo is looking forward to having a say in the championship this year. 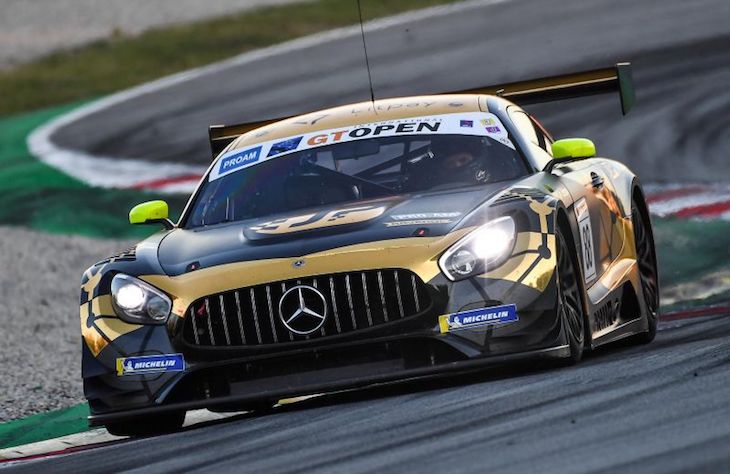 Christian Klien: “I’m excited to start into the second season with JP Motorsport, we try to pick up where we left off last season in GT OPEN. Our aim is to establish our Team by running a second season in the same Championship, this will be very useful for Patryk since he now knows all the tracks and has one year of GT3 Racing under his belts.”

Patryk Krupiński: “I’m delighted to announce we will race another year in GT Open ensuring a healthy growth of our team and to further establish in GT racing. After a sensational first season last year, I hope we can make another step forward fighting for the PRO-AM championship.”

The Belgian squad, led by Olivier Lainé and Olivia Boutsen, will enter a Lamborghini Gallardo GT3 R-EX, the last evolution of the Gallardo developed by Reiter Engineering.

At the wheel, driving alone will be Swiss gentleman driver François Grimm, who has been a race winner in the Ultimate Cup Series in 2019, and also won that same year the Pro-Am class at the Jerez 24 Hours.

Grimm, who has been testing this winter at Barcelona, Ricard and Monza, commented: “I am delighted to join the GT Open this year, which represents an important step in my career and do it with Boutsen Ginion Racing, a team that has strong credentials and expertise in GT racing. The Lambo Gallardo R-EX is a great car to drive and I am looking very much forward to enjoy the season.”