The first European round of this year’s 24H Series powered by Hankook looks set to be a competitive affair with more than two dozen teams confirming over 50 entries for the Hankook 12H Mugello on 26-27 March.

Herberth Motorsport, a two-time winner of the Hankook 12H Mugello in 2014 and 2020, has confirmed three Porsche 991 GT3 Rs for the GT division’s top class, as well as a Porsche 991-II Cup for the ‘991’ class. Ironically, despite being a Porsche customer consistently since the late 1990s, this marks the first time the former series champion will run a Porsche 911-II Cup at a 24H Series event. 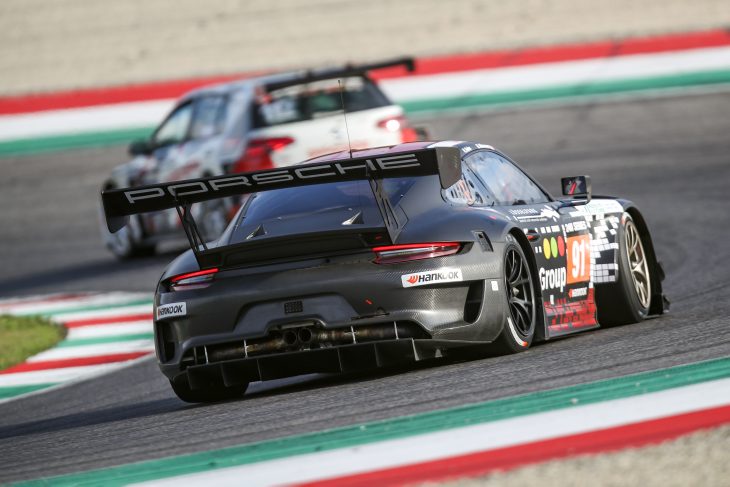 The event’s only other multi-time winner, Scuderia Praha, will also be competing in Mugello. A victor in 2017, the Czech team, now running under the ‘MiddleCap racing with Scuderia Praha’ banner, took its second event win in 2019 en-route to that year’s 24H Series Europe Overall GT Teams’. 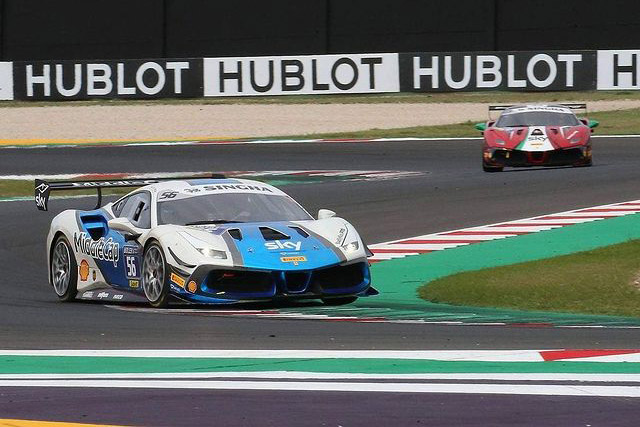 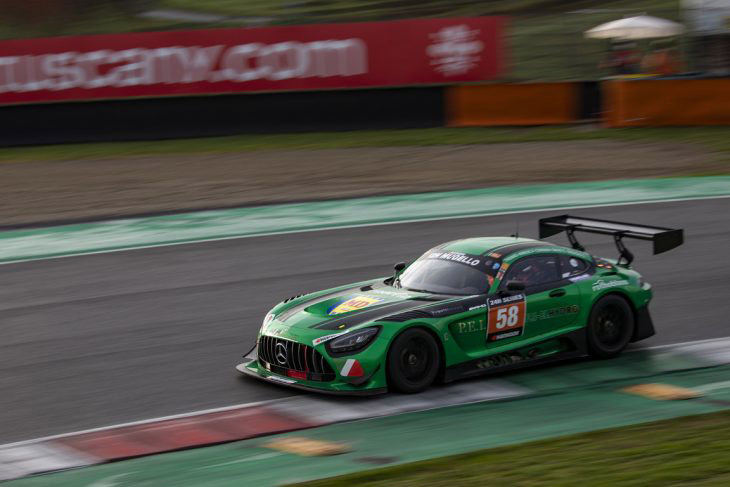 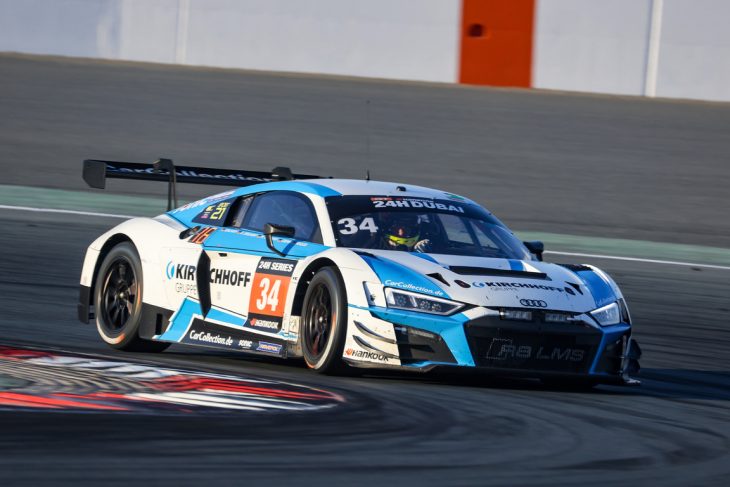 The latter, which will make its maiden 24H Series outing in Tuscany, is set to compete for the Overall GT Teams’ title having confirmed a full season campaign for its R8 LMS GT3 Evo. 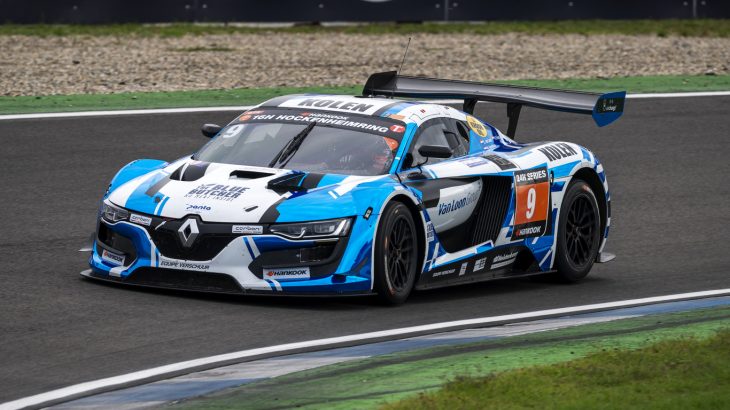 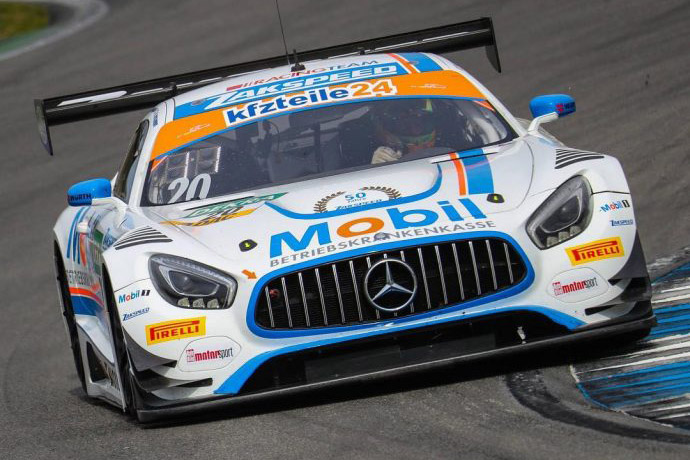 Series newcomer Kessel Racing will be a hot favourite for victory among the Italian fans. The Swiss team, whose history with Ferrari dates back to 2000, will compete with a 488 GT3, as will fellow debutant Hella Pagid – Racing One, which took SP9 honours in the VLN last year. 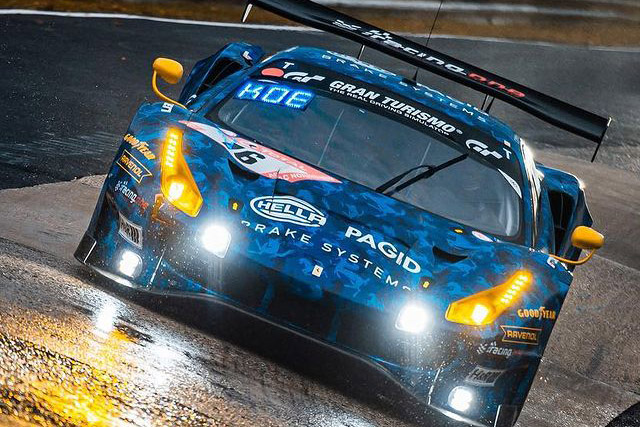 Haegeli by T2 Racing, rounds out the newcomers in GT3 with its Porsche 911 GT3 R. 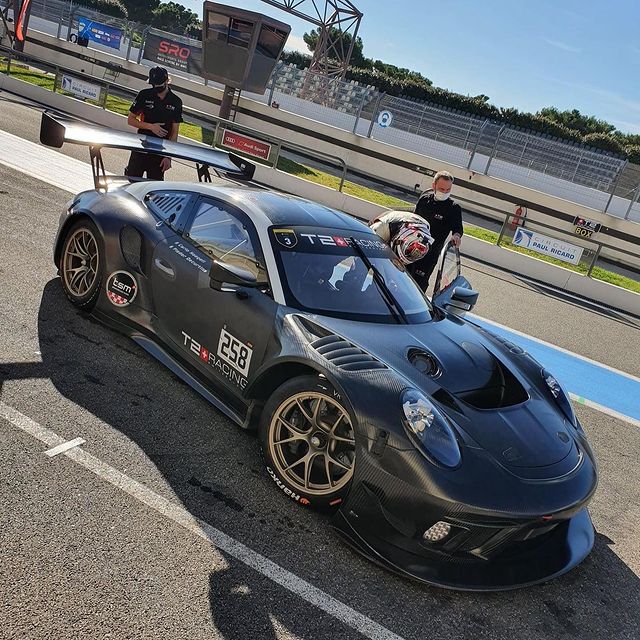 Across in the GTX class, PB Racing will compete with a two-car line-up split across two divisions. 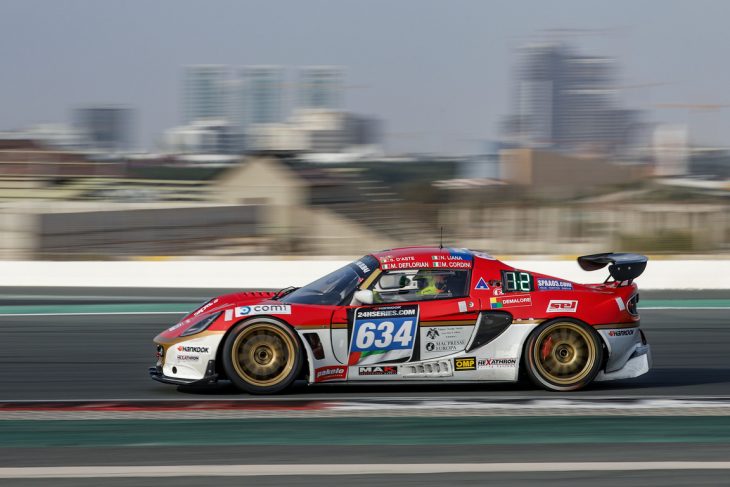 The team’s Lotus Exige V6 Cup R will race in GTX while the sister Lotus Elise Cup PB-R will race for TCX honours. 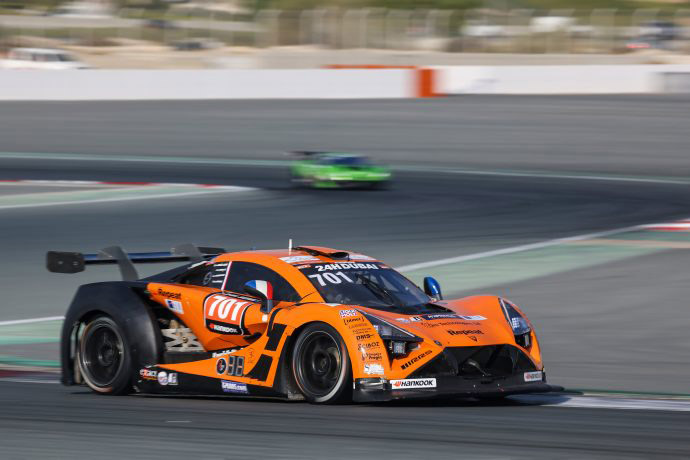 Among the Italian team’s closest rivals in GTX will be France’s Vortex V8, which has entered two Vortex 1.0 lightweight sports cars, and German powerhouse Reiter Engineering, which continues development work on the new KTM X-BOW GTX. 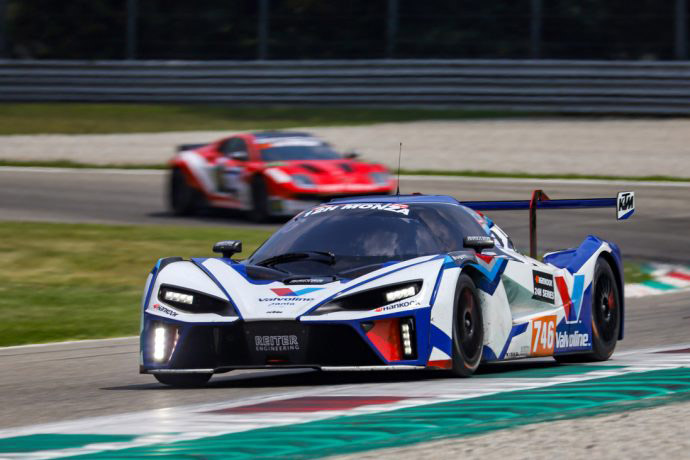 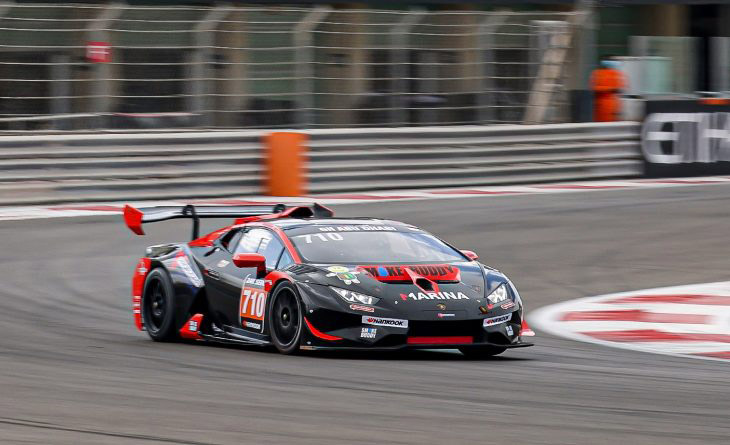 Stadler Motorsport will be among the most notable returnees at the Autodromo Internazionale del Mugello. The Swiss team, winner of the Hankook 24H Dubai in 2014, is also a former outright polesitter at the Hankook 12H Mugello but hasn’t competed at the event since 2015.

Reigning 991 class champion Speed Lover (European), which took a class victory last year in Mugello en-route to the title, is set to enter two Porsche 911-II Cups on 26-27 March, and has also registered a Porsche Cayman GT4 CS MR for the TCX class. 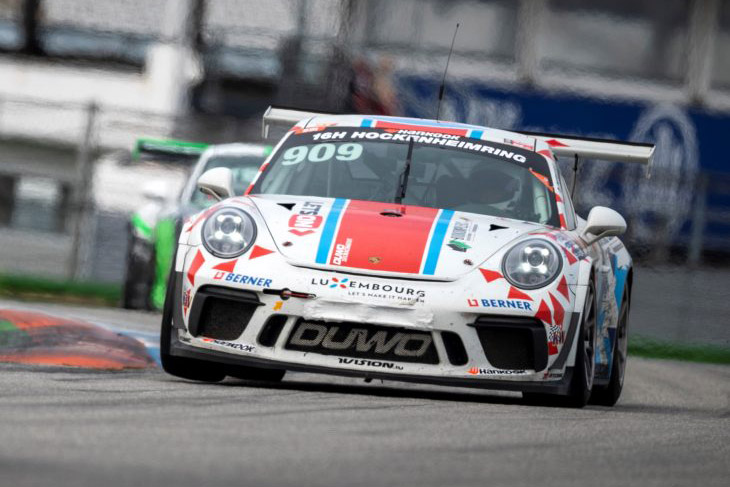 Fellow 991-class champion DUWO Racing (Continents) will also be on the grid in Tuscany, as will NKPP Racing by Bas Koeten Racing, which last season took the first ever outright win for a 911-class competitor at a 24H Series event at the Hockenheimring.

The 991 class for the Hankook 12H Mugello also features much of the event’s Italian contingent. 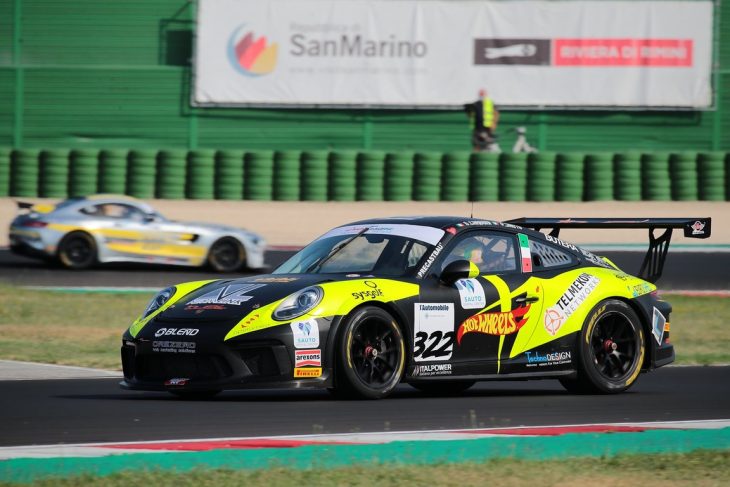 Italian GT and Carrera Cup specialist Duell Race returns with a one-car entry after its series debut last year at the COPPA FLORIO 12H Sicily, while EBIMOTORS, a former three-time winner in the 991 class, returns to the class with a standalone entry and in a collaborative effort with Willi Motorsport. The latter last competed in the 24H Series as ‘Endurance Team Romania’ at the 2018 Hankook 24H Barcelona. 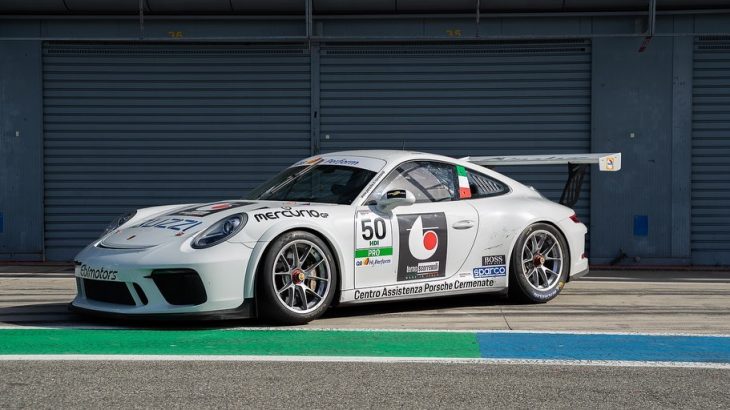 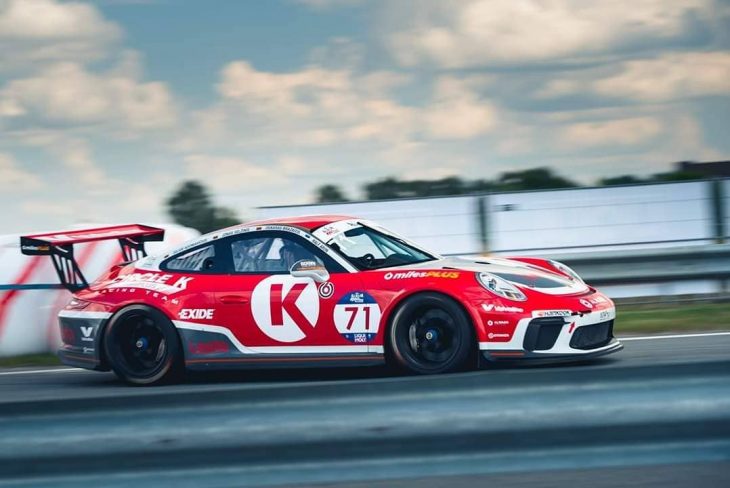 Lithuania’s JUTA Racing, which has also registered a ‘JUTA Racing Junior’ CUPRA in the TCE division, and PROFILDOORS by Huber Racing rounds out the 991 class.

Reigning Overall GT Teams’ champion in the 24H Series Continents, Team Avia Sorg Rennsport, cemented its title with a GT4 class win at last year’s Hankook 12H Mugello, and will no doubt be looking for a repeat result from the BMW M4. The German team has also entered its BMW M240i Racing Cup, a former Hankook 24H Dubai class winner, in the TC class.

Having confirmed a full campaign with the 24H Series in 2021, ST Racing will make its European debut in Tuscany with its BMW M4 GT4. The Canadian team has already taken GT4 class wins at both the Hankook 24H DUBAI and the non-championship Hankook 6H Abu Dhabi thus far in 2021.

Switzerland’s Centri Porsche Ticino makes its 24H Series return in Tuscany with a Porsche 718 Cayman GT4 CS MR, fittingly, at the event at which it scored SP3 class victory in 2019.

Autorama Motorsport by Wolf-Power Racing is sure to be among the TCR frontrunners at the Hankook 12H Mugello. The Swiss-German collaboration successfully defended its Overall TCE Teams’ title at last year’s event, and returns to the Autodromo with a now customary two-car Volkswagen Golf GTI TCR line-up. Former Hankook 24H Dubai winner AC Motorsport will also be back in action on 26-27 March with a single Audi RS 3 LMS following the Belgian team’s two-car assault on the Hankook 24H Dubai.

Two of the most notable entries in the TCE division meanwhile are Bonk Motorsport and series debutant, RC2 Junior Team by Cabra Racing. The pair will be the first to compete in the 24H Series with the brand new CUPRA Leon Competición, an evolution of the CUPRA TCR registered by series stalwart Red Camel-Jordans.nl. Interestingly, Bonk Motorsport has also entered an Audi RS 3 LMS in the TCR class and will have a vested interest in the TC class as well. 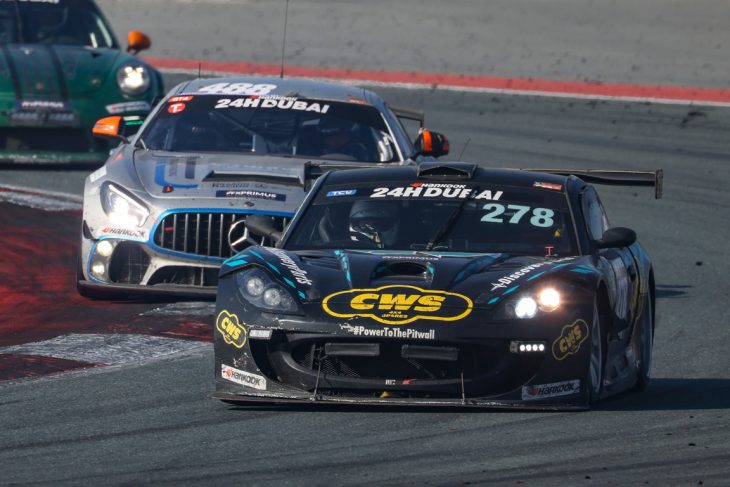