The final incident-related drama of the 69th running of this race fell to Maro Engel as his #75 SunEnergy1 Mercedes AMG appeared to lose its right rear wheel as it came onto the start-finish straight with 27 minutes remaining, the pitched the car into the wall and then across into the pit wall, Engel seemingly OK but the car out on the spot.

A Full Course Yellow was inevitable and, once again the field closed up, Bourdais, on new rubber, emerged from his final stop just ahead of Tincknell, also with new boots with Rossi, Cameron and Kobayashi just a little further back in the train. 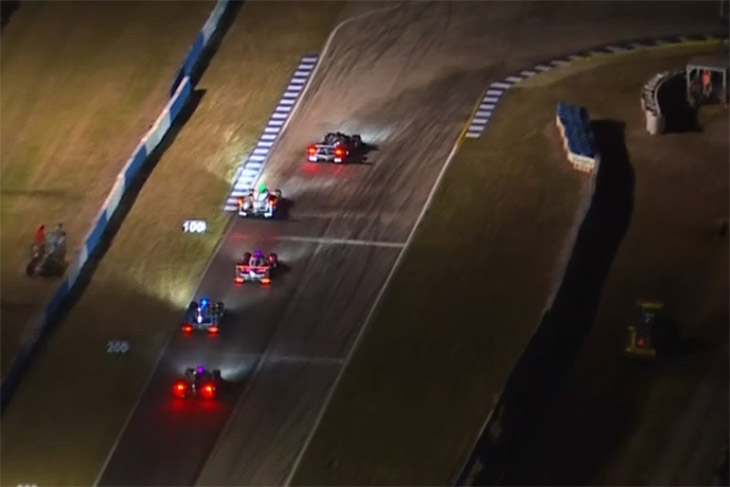 The LMP2 lead gap was down to nothing too, Mickel Jensen with Ryan Dalziel right there.

Garcia had worked hard to extend an advantage in GTLM but now it was back to tenths ahead of de Philippi and Jaminet  Jeroen Bleekemolen, having lost the LMP3 lead to Colin Braun was right back with the Core car.

And in GTD there were four cars still in the fight.

19 minutes left and back to green, Dane Cameron making a move for third around the outside of Alexander Rossi through Turn One, Bourdais though had got a flier with clear air ahead of Tincknell.  Braun looked to have the legs in LMP3 and immediately stretched away.

In GTD the #88 would be out of contention, a drive-through dealt for contact with the #44 Acura that turned Lally around, Legge would be giving up a podium place having passed Ross Gunn for third.

The top five were still nose to tail with 10 minutes remaining, Kobayashi up ahead of Rossi for fourth.

Massive drama in GTLM with seven minutes remaining, a clash between the Corvette and the #25 BMW, de Philippi hitting the C8, Garcia pitting with damage but rejoining, that left the BMW to defend from a charging Jaminet, the M8 off the track in defence but losing out as they completed the lap, the Porsche ahead and the M8 called for a drive-through.

Kobayashi meanwhile was up to third, the looming drive-time penalty not on his mind at this point.

Bourdais though had done enough, all seven DPis led the race at some point, the eventual winning car though took the led for the first time at the end of the 11th hour, Bourdais bringing it home with Tristan Vautier and Loic Duval sharing the spoils, the #55 Mazda finishing second, the #48 crossing the line in third but doomed to be demoted behind the Acuras, Meyer Shank Racing look set to complete the official podium.

In LMP2 Mickel Jensen held off the massive challenge from Ryan Dalziel, PR1 Mathiesen take the win from Era Motorsport – United Autosports will complete the podium. 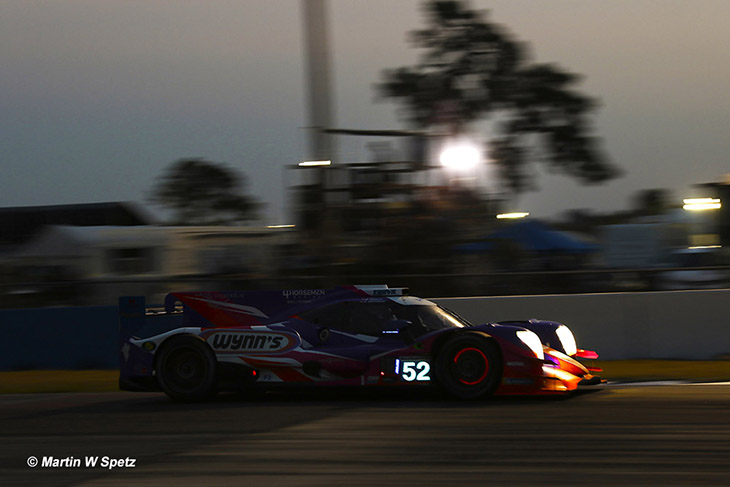 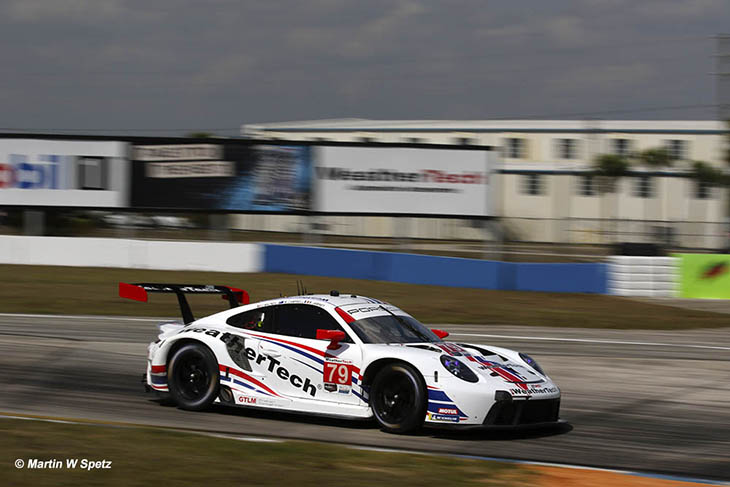 LMP3 saw Core Autosport take the win from the #91 and #74 Riley Motorsport Ligiers, the challenge from the #7 Forty7 Duqueine fading after the car stopped briefly on course in the final 15 minutes. 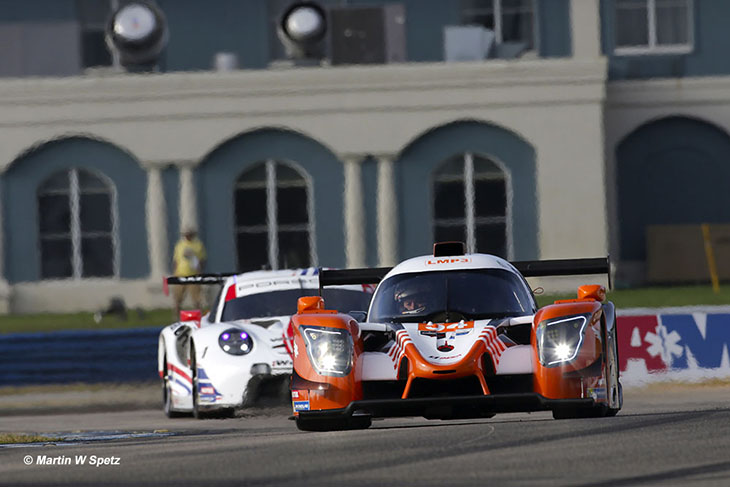 GTD saw a Porsche 1/2, Laurens Vanthoor bringing the #9 Pfaff Porsche home to a win ahead of the #16 Wright 911 GT3 R, Pat Long completing the run. 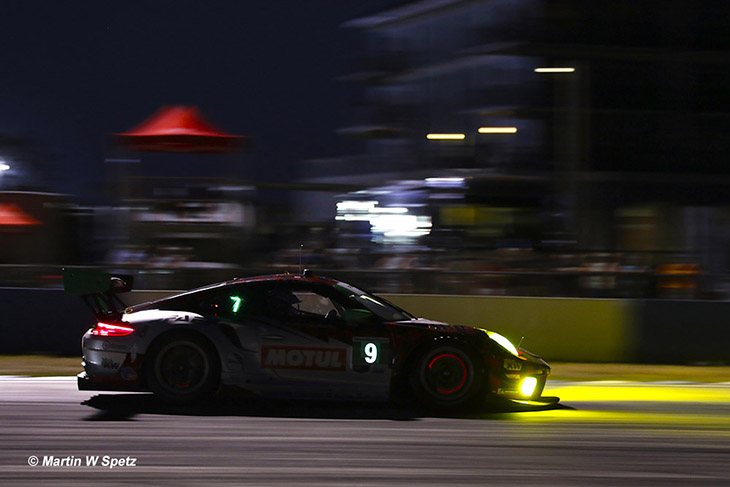 The podium would be completed by the #23 Heart of Racing Aston Martin after Kat Legge pitted for her looming penalty on the final lap.