“I think it’s super exciting that we will be launching a real ‘junior car’ with two promising talents with our #74. We saw a great development at Jannes last season. With fifth place in the rainy qualifying at the Lausitzring, he showed what he can do under the most difficult conditions, and there is more to come. In Dylan we have an absolute young star who has shown very, very strong performances in the Porsche one-make cups, and I have high hopes from him too. I like the homogeneity in our team, also on the driving side, especially since we place great value on team play. ”

For Jannes Fittje it is the second season in the ADAC GT Masters. In 2020 he narrowly missed winning the Pirelli Junior classification as runner-up. The former sponsored driver of the ADAC Sports Foundation had already gained experience with the Porsche 911: He contested his first season in in the Porsche Carrera Cup Germany, which this year also competes five times in the German GT Championship.

“I think it is very important to be able to drive in the same team for a second year and to be able to continue the good cooperation,” says Fittje.

“Now we can improve all the things that we achieved and worked out together over the past season and implement them even more effectively in order to achieve one or the other really good result. We have a very good line-up again this year with which we can be successful. I think we will definitely fight for the junior title. I’m looking forward to the first test. So slowly it is almost unbearable not to drive. It can’t start early enough. “

Partner Dylan Pereira has made a name for himself in the Porsche one-make cup in recent years. The Luxembourger started several seasons in the Porsche Carrera Cup and the Porsche Supercup. In 2020 he finished second overall there. “I am very happy that I can compete in the ADAC GT Masters,” said Pereira happily. “Of course, it’s great that I can join Küs Team Bernhard, the team of Porsche legend Timo Bernhard. I think we will work well together. I hope that we will be successful together and that we can fight for victories, preferably for the title. ”

With Max Messidat meanwhile, the Bernhard team has also hired an experienced and successful crew chief.

As coordinator, he takes care of all programmes and vehicles used by the team. Messidat comes from the DTM, where he looked after René Rast’s car, with which he won the title in 2017, 2019 and 2020. 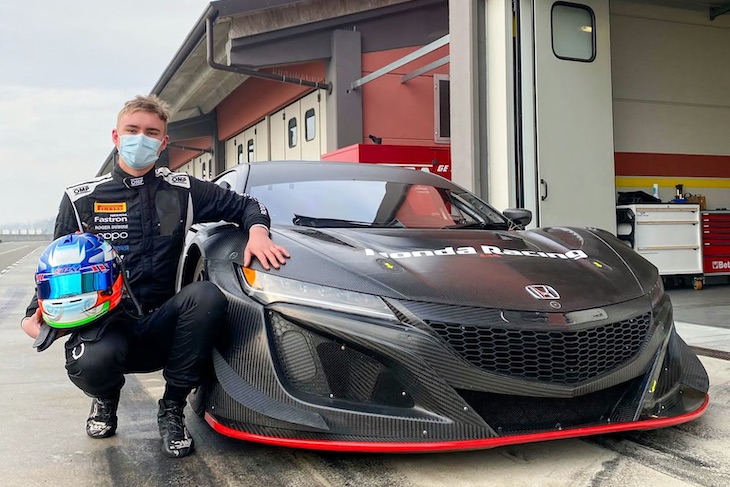 Påverud, who is supported by Honda Norway, won the Pro-Am title in the GT4 European Series in 2019 and competed in the Lamborghini Super Trofeo in 2020.

In Italy, Påverud has already made its first laps with the NSX. “I drove the Honda for the first time in January. That was really cool. The car is very different from the vehicles I’ve driven so far. It has a lot more downforce and is a lot faster. So 2021 will be an apprenticeship year, practically everything is new to me. So far, I only know the Nürburgring from the racetracks and Hockenheim from test drives.”

Dominik Fugel: “Marcus impressed JAS, who developed the Honda, during test drives. JAS then made contact. He is only 20 years old, so we can both start in the Pirelli Junior classification.

“Our goal is to get onto the podium here or there.

”Fugel Sport plans to test on March 31st and April 1st at the Nürburgring. We are supported by Mario Farnbacher, who knows the Honda from the American IMSA series very well,” said the 24-year-old.