Nyck de Vries and Franco Colapinto will join Roman Rusinov for the full 2021 ELMS season, plus the 2021 Le Mans 24 Hours aboard the #26 Aurus 01 Gibson LMP2. 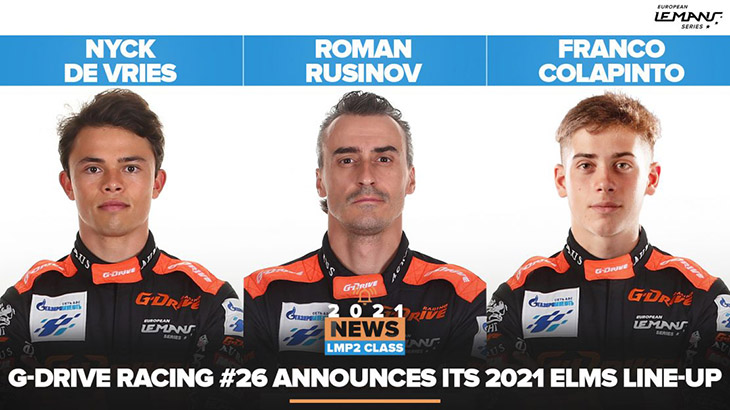 The effort, run in conjunction with Algarve Pro Racing after the combined squad took the Asian Le Mans Series title for the second consecutive season, looks set to become one of the season’s pacesetters following the form of de Vries in the Racing Team Nederland Oreca in the FIA WEC, and that of young Silver-ranked Argentinian Colapinto’s pace in the Asian Le Mans Series in his LMP2 debut.

The team will also compete at the WEC season-opening 6 Hours of Spa Francorchamps in May where de Vries will be replaced by Roberto Mehri.

John Falb, Pietro Fittipaldi and Rui Andrade will pilot the sister #25 Aurus with Algarve Pro also fielding a car under their own banner for Ferdinand Habsburg, Richard Bradley and Diego Menchaca.