Saintéloc Racing has confirmed its line-ups for the team’s 2021 Fanatec GT World Challenge Europe Powered by AWS stalwart campaign, which will see the French squad continue its long association with Audi with a pair of R8 LMS GT3 entries, combining established drivers with new additions to its crew.

Audi Sport’s Christopher Haase will remain the spearhead, running the complete 10-round championship in the #25 machine. He will be partnered at Sprint Cup events by past ELMS Champion Leo Roussel, while Adrien Tambay and Alexandre Cougnaud will join the German at Endurance rounds. Tambay has previous experience with Saintéloc having driven for the team in Championnat de France FFSA GT.

The #26 Audi will be anchored by Frédéric Vervisch. The Belgian returns to Saintéloc, with whom he finished fourth at the Total 24 Hours of Spa in 2018 and 2019, after a strong season with Attempto Racing. He will be partnered at Sprint Cup events by Aurélien Panis, who moves across from the Tech1 Lexus programme.

In the Endurance Cup, Saintéloc will once again call upon experienced Audi expert Markus Winkelhock. He will be joined by Finlay Hutchinson, who like Vervisch moves across from the Attempto squad.

These line-ups may be shuffled at the Total 24 Hours of Spa. Saintéloc clinched its maiden victory at the Belgian endurance classic in 2017 with Haase, Winkelhock and Jules Gounon at the wheel and has remained a regular front-runner in the following editions.

BMW will challenge for overall wins in this season’s Endurance Cup with a pair of impressive line-ups for Walkenhorst Motorsport. 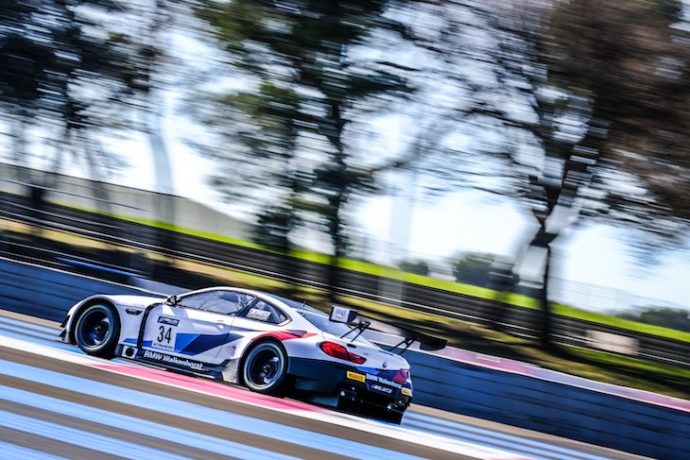 In the #34 BMW, Sheldon van der Linde will return to the series alongside fellow factory driver Marco Wittmann. Their crew will be completed by British racer David Pittard, who also brings considerable mileage at the wheel of BMW machinery.

The #35 machine boasts an equally strong crew. Experienced factory drivers Timo Glock and Martin Tomczyk will be joined by rising star Thomas Neubauer, who switches from Lexus to BMW for 2021.