Marcel Fassler’s decade and more in the top flight of endurance racing has ensured that he will be part of the lasting history of the sport, three Le Mans wins and the WEC World Championship just the headlines in a career that has seen his speed, consistency, and, in the wet, mesmeric pace, form a key part of the plan for both Audi Sport and Corvette Racing.

Marcel’s decision to step away from Professional race driving, announced last week, was perhaps not a huge surprise to those closest to him, and as you’ll read below it’s been some time coming.

At 45 years old and with a whole new generation of young talent arriving in sportscar and GT racing there are many more areas in the sport where a man of Fassler’s experience and achievements can make a telling contribution, and the opportunity not to travel as much as his parallel careers with both Audi and Corvette demanded will, no doubt, be a significant relief to his family too, wife Isabel and four daughters.

When the DSC Editor caught up with Marcel last week he was en route to duties with just one of the new commitments that he’ll be ramping up in the wake of his decision to step away from the driving seat, more of that a little later – but for now Marcel tell us about the decision?

“The decision had been made already, a long time ago. I was already thinking when I was rather younger that I would like to stop racing around 45 and when I signed my last contract with Corvette I was already knowing that it would very likely be my last two years.

“But I felt that now would be the right time to announce it, I had decided to stop but wanted to work in the background on what I will be doing going forward before I announced this, which meant that I chose not to announce anything after last year’s Sebring race because not everything was finally prepared.

“And now more or less everything is in place, and with the season just starting the time seemed right to say something publicly and to close my own chapter as a professional racing driver.

“It felt important to finish that before I really started something new. There will be no more races as a professional, if I race anything now it will just be for fun, and that could certainly happen.”

So what is going to be next for you?

“There are several things:

“There is a little team in Switzerland, which wants to grow a little bit in motorsport, they have been mostly targeting trackdays so far but have bought a new KTM XBow GT2 to do the SRO GT2 series. 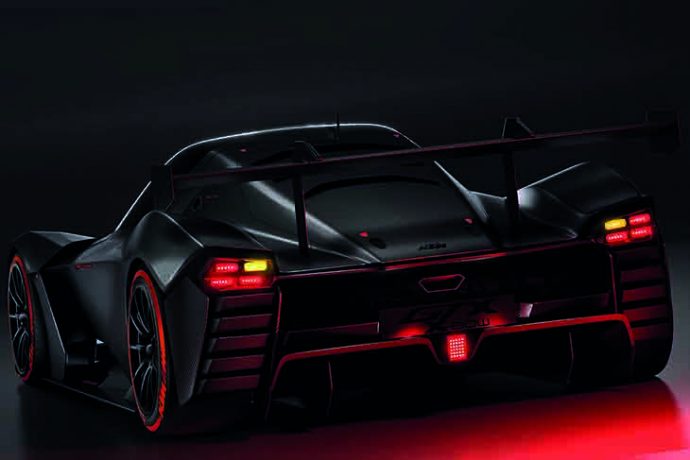 “We want to grow, but we want to grow slowly. We don’t want to say okay, two years and then Le Mans! – That’s not our aim.

“We just take it step by step. We have a lot of clients which own race cars and they sometimes need coaching on the track. And we also provide them with the infrastructure as well with mechanics and with the preparation of the car so actually, this has been quite interesting work for me.

“Also, I can also use my connections, which I have made over the years in the sport to help and advise the team.

Also since November, I’m helping develop the simulator of the Alfa Romeo Sauber F1 Team, to help to bring their simulator to where it should be. 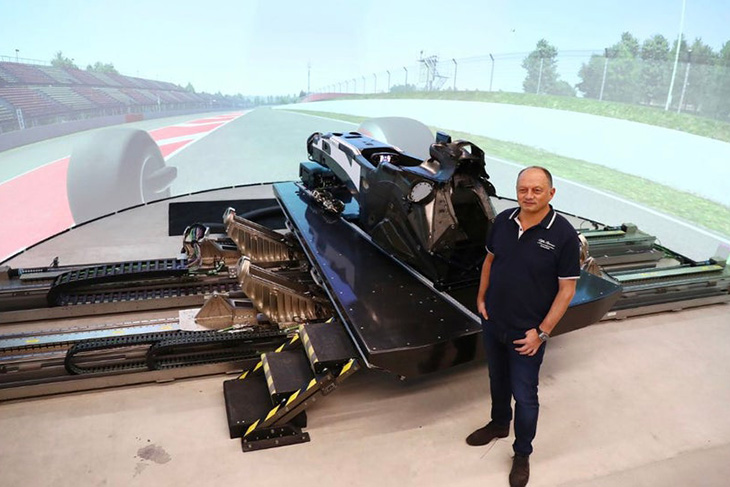 And I still have a bit of work to do with a sponsor of mine, TCS, the main Auto Club here in Switzerland with some sponsor days where I help to train drivers.

On top of that, I am commentating on Formula E for a Swiss TV channel. At the moment I am really busy, not at all what I expected when I decided to stop, I thought I would be home a whole lot more!

Let’s take a quick look back at your career.

I don’t need to ask what the big memories are, of course, that’s going to be Le Mans and the World Championship, but I will just ask about one other race – The Spa 24 Hours in 2007! 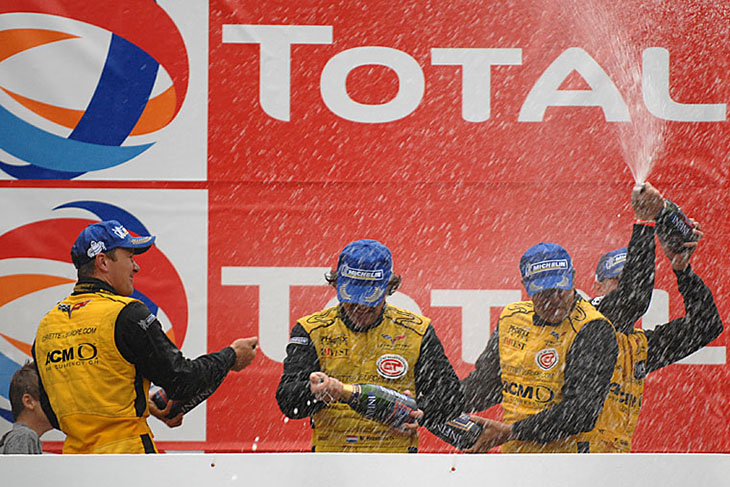 That was a big race for you?

The race, where Fassler shared a Phoenix/ Carsport GT1 Corvette C6.R with Jean-Denis Deletraz, Mike Hezemans and Fabrizio Gollin, the night bringing rain and Fassler starring in the conditions, pulling back almost a lap lost to a hold at the Pit Exit to repass the leading Maserati with under three hours remaining.

“There’s little doubt that it was a breakthrough race in endurance racing for me and, I think, also this was definitely one of my best races ever for sure. It was just an amazing race. 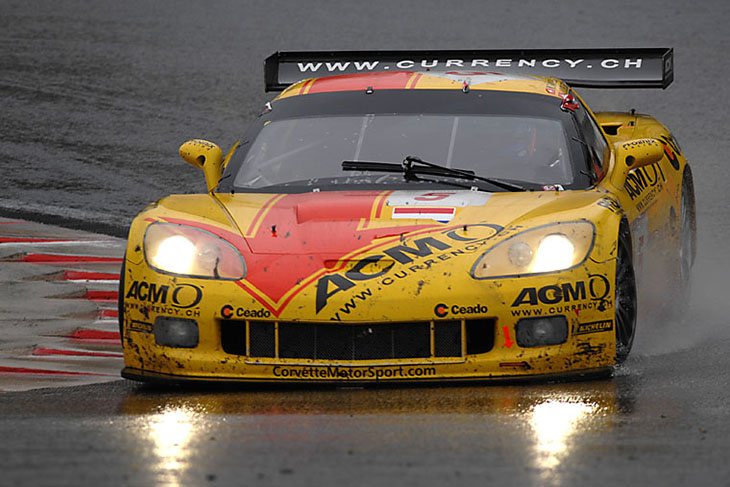 “Everything came perfectly together, the weather suited my style, the Corvette was amazing and Phoenix were excellent too.

(Editors Note) It was one of the most complete performances I’ve ever seen from any driver. But beyond that, it took Fassler to the point where he was immediately on the call list for both Corvette and for Audi.

As a regular endurance driver for Corvette there was a winning double at both Daytona and Sebring in 2016 at the very start of what was then the Tudor United Sportscar Championship. 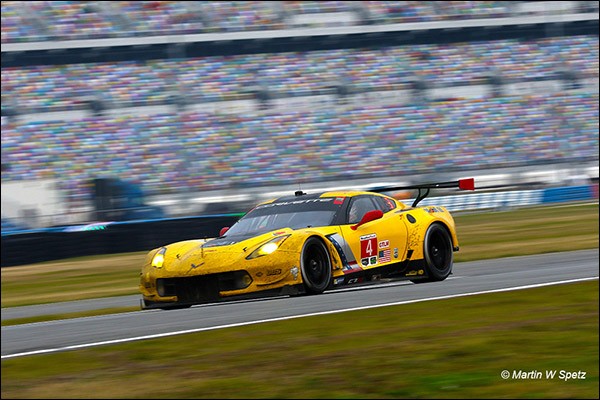 Marcel though is certainly better known for his achievements with the Audi LMP1 effort which yielded three Le Mans wins and a total of ten WEC race wins as well as the 2013 FIA WEC Drivers World Championship.  From 2010 through to 2015 Fassler finished off the podium at Le Mans just once!

There’s little doubt though that the race for which he, and his ever-present team-mates Benoit Treluyer and Andre Lotterer, will be best remembered was the 2011 Le Mans 24 Hours when they were left in the last remaining Audi R18 TDI to fend off the full force of the Peugeot factory attack after accidents had accounted for both of the other Audi’s, Allan McNish with a huge early-race accident at Dunlop, then Mike Rockenfeller with an impact of air accident proportions on the run down to Indianapolis. 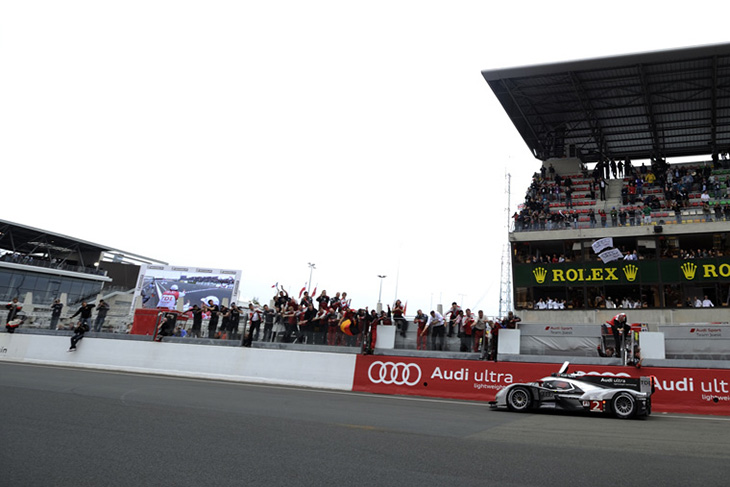 Their #2 Audi would take the win ahead of no fewer than four chasing Peugeots!

“It was a thrilling race anyway, after midnight, the whole pressure was on our car. And I know I was in the car, when it was quite difficult because tires were not really matching the temperature. The car was really tricky to drive, I remember. 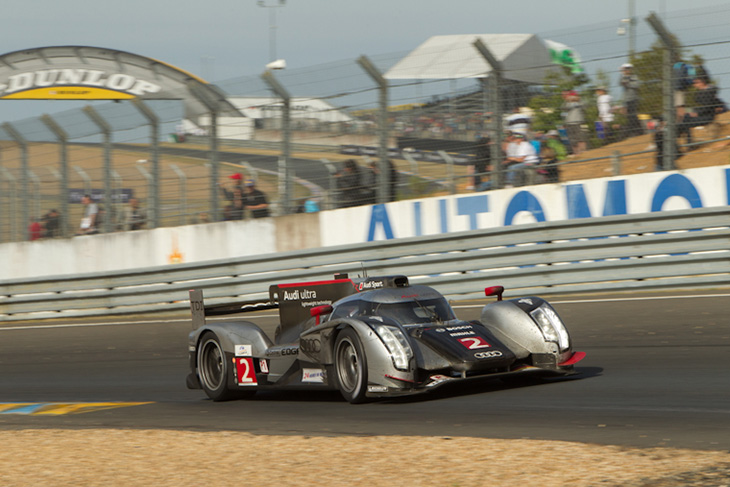 “And I had to push us as hard as possible because the Peugeot was a bit faster at night. It was really, mentally, a really hard race, because of the whole pressure through the whole race. 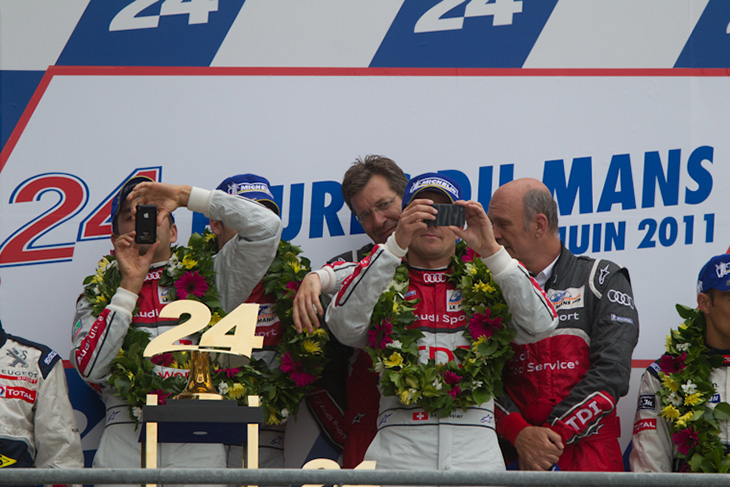 The trio produced one of the all-time greatest Le Mans performances and likely put all three of them off Peugeot’s Christmas card list for life after denying the team what would emerge as being their last shot atLe Mans for over a decade!

When we look back at history there’s no doubt in my mind, that people now looking back to the era with the three of you in the car together will see that as being one of the all-time classic driver combinations. Tell me a little bit about what was that, like with the three of you together in that period of time, where the success just kept coming?

“What’s funny was that everyone was thinking that we matched together really well in personality, but in reality, each of us is from the character side, completely different. 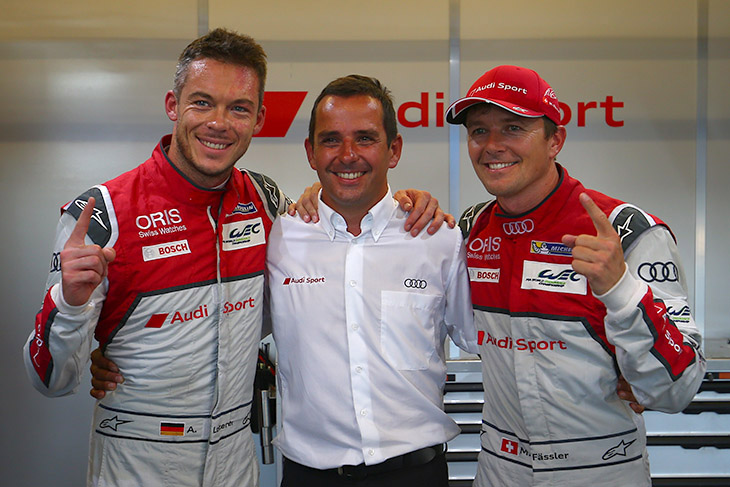 “But we matched together in a way that was just amazing. We didn’t need to think or about what the others were thinking – we already knew what was going on. We complimented each other with our strengths and abilities.

“This kind of combination and the personality thing just glued together in a way which I think you cannot construct or try to build that – it’s just the way how it went with us. 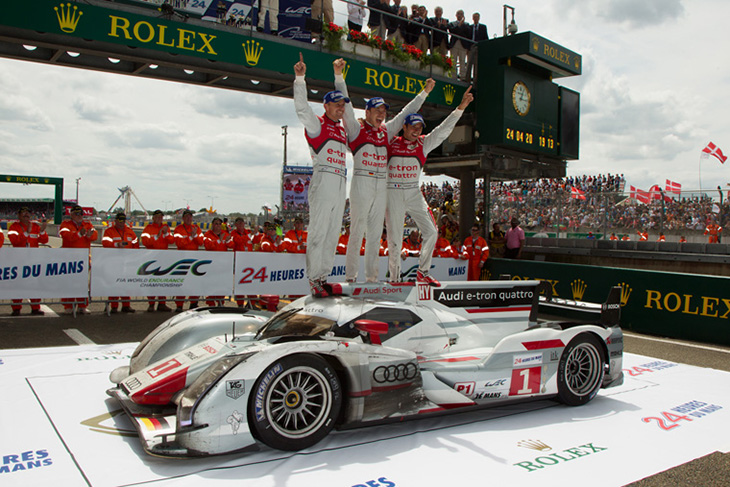 “We were together all the time. We went to breakfast together. We went to lunch together. Nobody was ever doing something alone but it was just because we liked each other so much. We also became big friends, more than normal, especially in racing And just had fun spending time together.

“It did seem like the performances came. I wouldn’t ever say easily. But there was a degree of effortlessness when the three of us together in those cars. I think we can say that it just came together, naturally. And we completed ourselves individually through that in a way that nobody could imagine. 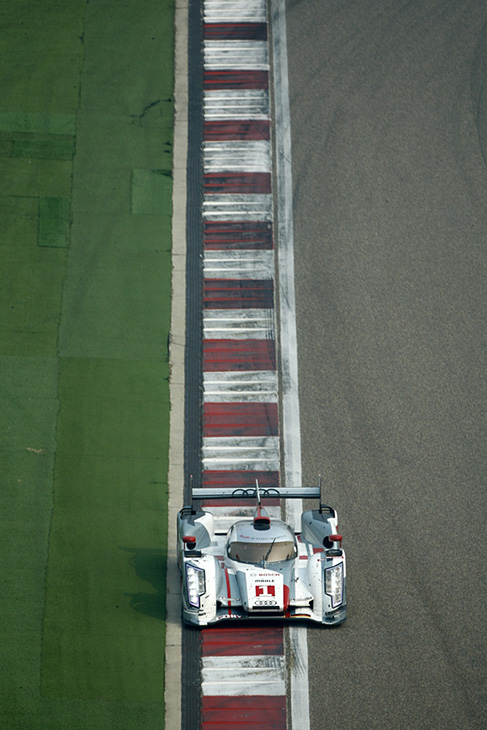 “I know that others try to achieve something similar doing all kinds of a team-building, we didn’t need it.

“I was really touched with the words of Andre and Ben, what they have sent into Instagram to respond to my announcement. It was really emotional because we went through the whole world together. And we experienced so much on and off track.