Herberth Motorsport has become the first three-time winner of the Hankook 12H MUGELLO after a flawless run, the team’s #91 Porsche 911 GT3 R for Ralf Bohn / Daniel Allemann / Robert Renauer / Alfred Renauer started ‘part two’ of the 12-hour event from pole position, and though the Porsche dropped to 4th during the opening pit stop scramble on Saturday morning, the team played its pit strategy to perfection to eke out a three-lap lead at the chequered flag. Robert Renauer drove the Porsche across the line, completing 335 laps of the 5.245km Autodromo Internazionale del Mugello.

Following outright wins in 2015 and 2020, Herberth Motorsport’s victory marks the first time a GT team has taken more than two wins at the Hankook 12H Mugello.

“We had built enough of a gap to the cars behind that it was easy to bring [the Porsche] home, and it was fun to do the burnout in the pitlane! It was a brilliant race for us: brilliant pit stops; no mistakes; really good teamwork; and we were confident we had enough fuel for another 10 minutes. I want to thank all of my guys. This is a great result!” 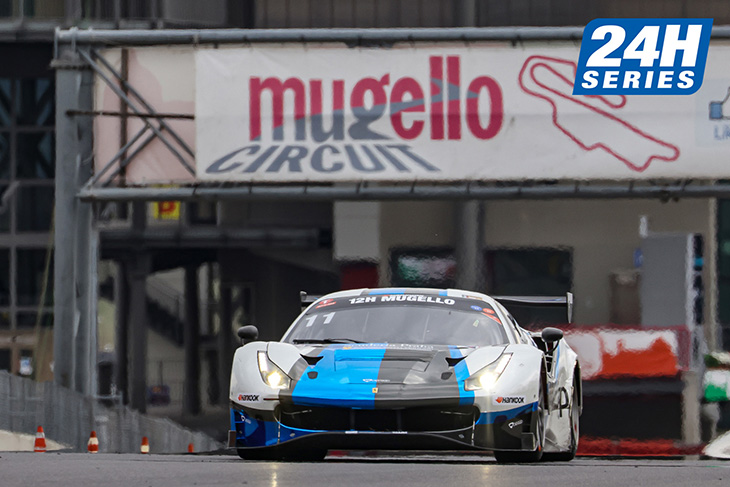 In a thrilling end to the race, the returning MiddleCap racing with Scuderia Praha Ferrari 488 GT3 (#11, Josef Kral / Miroslav Výboh / Matúš Výboh) secured 2nd place in the closing 30 minutes when Matúš Výboh made an audacious move around the outside of Ivan Jacoma in the Dinamic Porsche 991 GT3 R (#7, Roberto Pampanini / Mauro Calamia / Ivan Jacoma) at turn one. In the end, Scuderia Praha, a two-time winner of the Hankook 12H MUGELLO, secured its first 24H Series podium finish since 2019 by just 10 seconds. 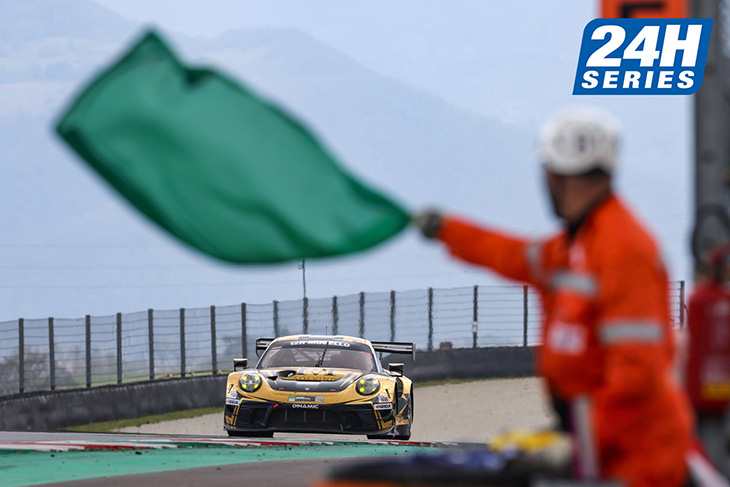 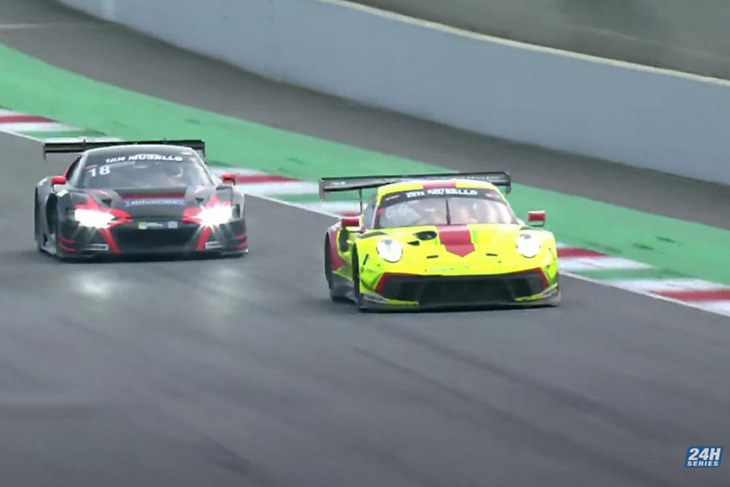 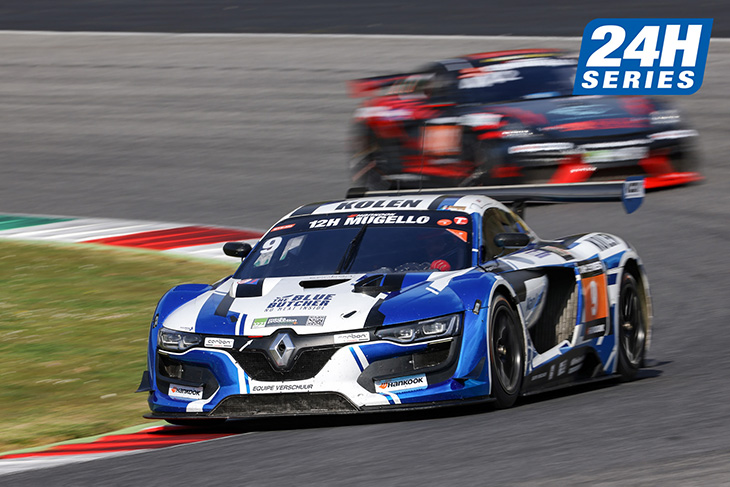 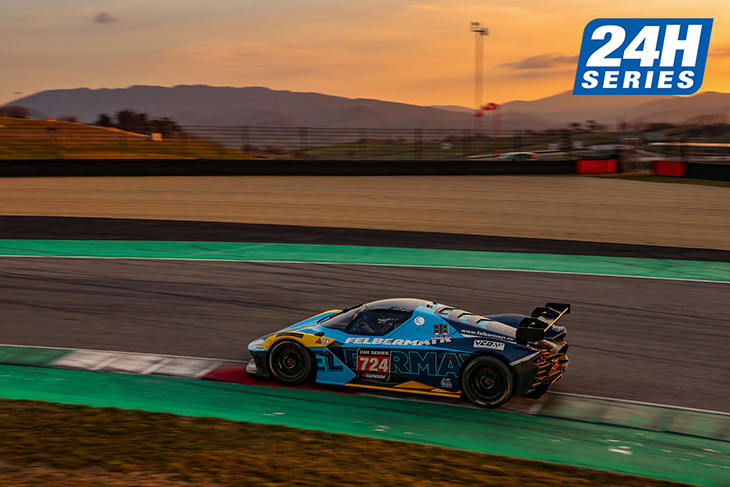 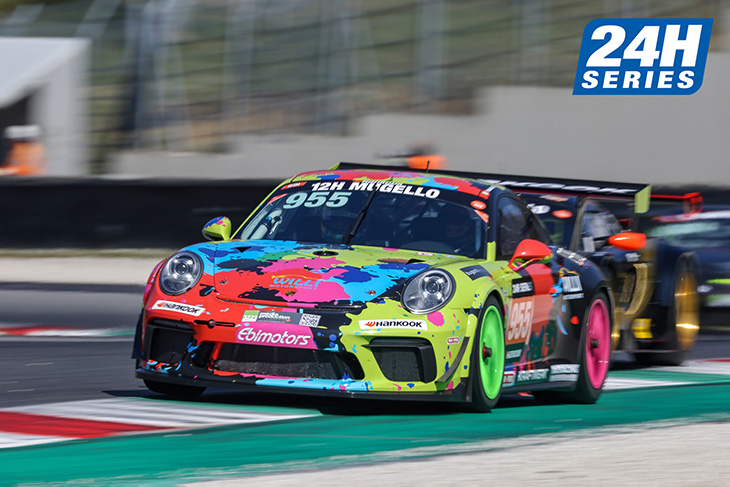 The Willi Motorsport by Ebimotors Porsche 911-II Cup (#955, Fabrizio Broggi / Sergiu Nicolae / Sabino de Castro) eventually came out on top of an afternoon-long battle with JUTA Racing (#910, Julius Adomavičius / Andrius Gelžinis / Jonas Gelžinis) for the 991-class win. Willi Motorsport had been in control of the class before a trip into the gravel brought its rival back into play at half-distance. Slick pit work and consistently fast lap times meant the Romanian team later re-extended its advantage to three laps.

Despite its difficult race, 2nd in-class was still enough to vault ST Racing to the top of the GT Division standings, five points clear of Vortex V8.

The Team Zakspeed Mercedes-AMG GT3 (#13, Sergey Stolyarov / Evgeny Kireev / Victor Shaytar) and the Car Collection Motorsport Audi R8 LMS GT3 Evo (#34, Johannes Dr. Kirchhof / Gustav Edelhof / Elmar Grimm) were the most high-profile retirements in the GT3 field. The pair made heavy contact during the opening laps on Friday, and the resultant suspension and chassis damage led to the Audis’ retirement shortly afterwards. The Zakspeed Mercedes managed just 49 laps on Saturday before it too was retired. 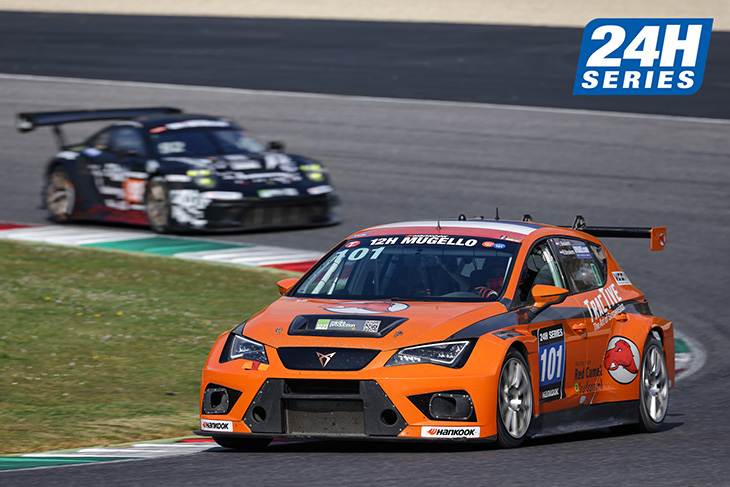 All three began ‘part two’ of the 12-hour event on the same lap on Saturday morning, and the Red Camel-Jordans.nl CUPRA TCR (#101, Ivo Breukers / Rik Breukers) was quickly on a charge going door handle-to-door handle with both the AC Motorsport Audi RS3 LMS (#188, Stéphane Perrin / Mathieu Detry) and the NKPP Racing by Bas Koeten Racing CUPRA TCR (#175, Harry Hilders / Gijs Bessem) throughout the opening hour. Having played its pit strategy to perfection during multiple Code 60 caution periods, the CUPRA eventually pulled two laps clear of its rivals en-route to its first TCE win in the 24H Series since last year’s Hankook 12H MONZA.

“I think the Code 60s were quite lucky for us,” Rik Breukers explains to radiolemans.com’s Ben Constanduros. “In the first half of the race, everyone had exactly the same strategy and the top three were always within 20 seconds of each other. So it was a really exciting race and in the end, our strategy worked out really well. We got a nice lead, and we just had to bring it home. TCR in general is very competitive in the 24H SERIES, so it’s fun to really fight for the victory. If you make one mistake, you’re immediately done!” 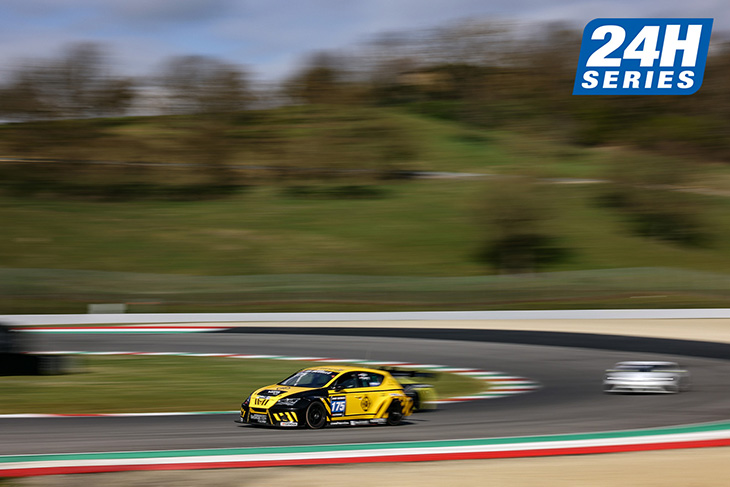 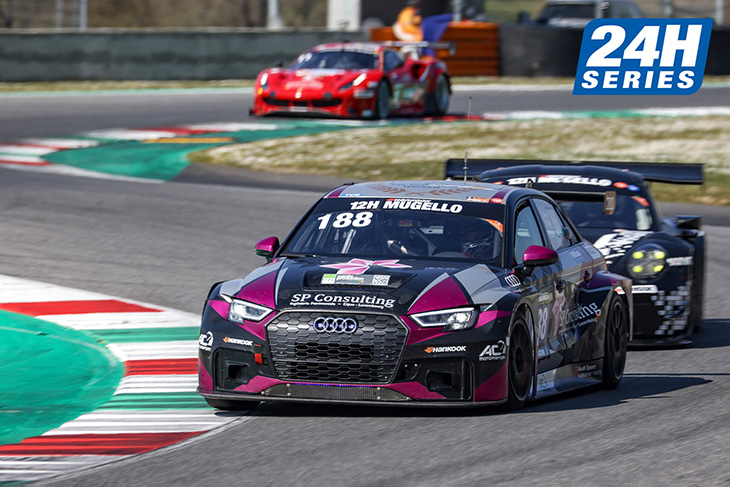 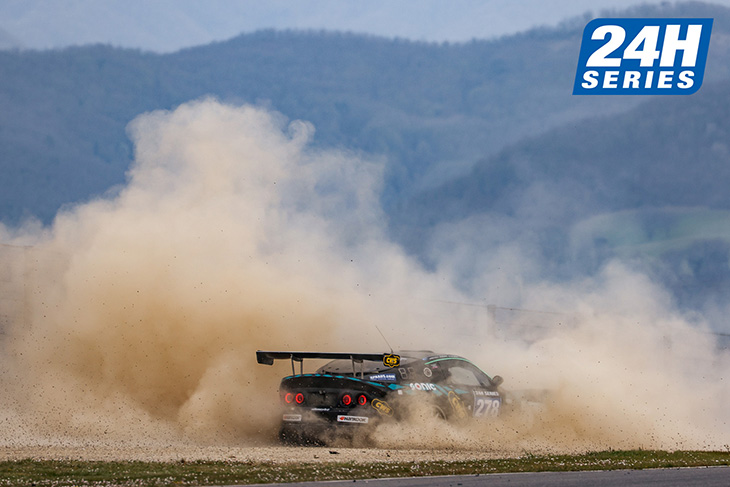 Despite multiple issues throughout the weekend, the CWS Engineering Ginetta G55 (#278, Colin White / Jean-Francois Brunot / James Kell) secured 2nd in-class ahead of the equally luckless JR Motorsport BMW E46 GTR (#202, Bas Schouten / Coos Schouten / Dirk Schouten), the latter of which was plagued with suspension and handling issues for most of Friday.

Coupled with its 2nd place in class at January’s Hankook 24H DUBAI, this result now puts CWS Engineering at the head of the TCE division standings, albeit just one point clear of AC Motorsport. 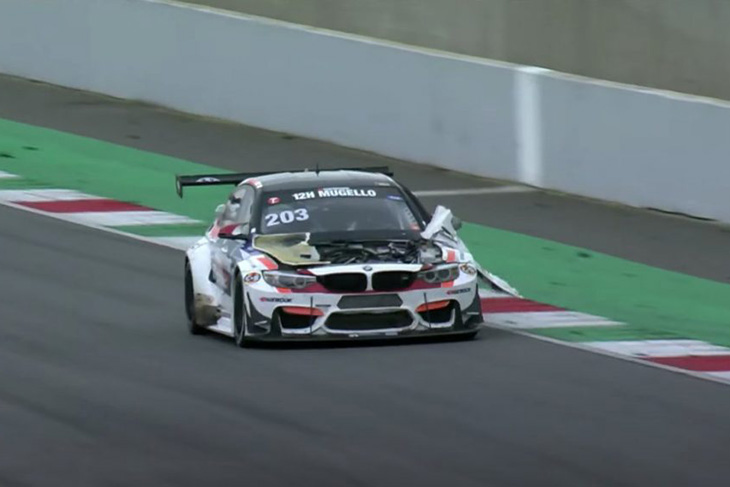 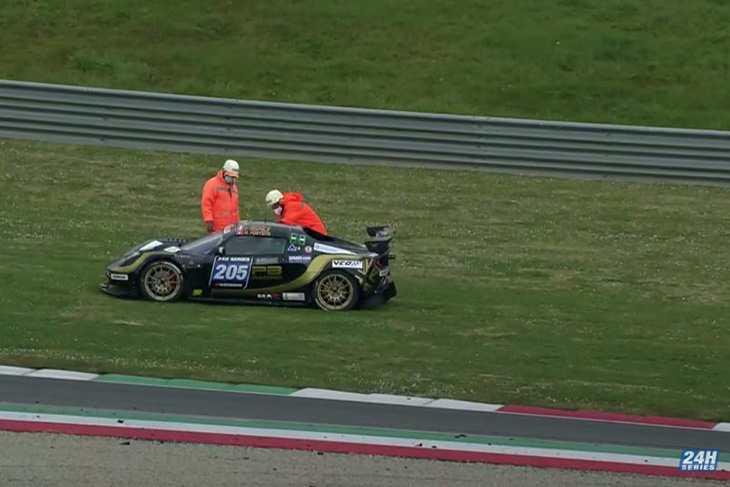