The French FFSA GT Championship looks set to welcome a 33 car entry for the GT4 only Series 2021 season opener over the Easter weekend at Nogaro.

The 33 teams will be divided into the three pre-existing categories – Pro-Am, Silver and Am Cup with seven brands of GT4 machinery on the provisional entry list.

17 of the entry come in the premier Pro-Am class including the return of now three-time defending champions Fabien Michal and Grégory Guilvert, part of the Saintéloc Racing team effort in their #42 Audi R8 LMS GT4. 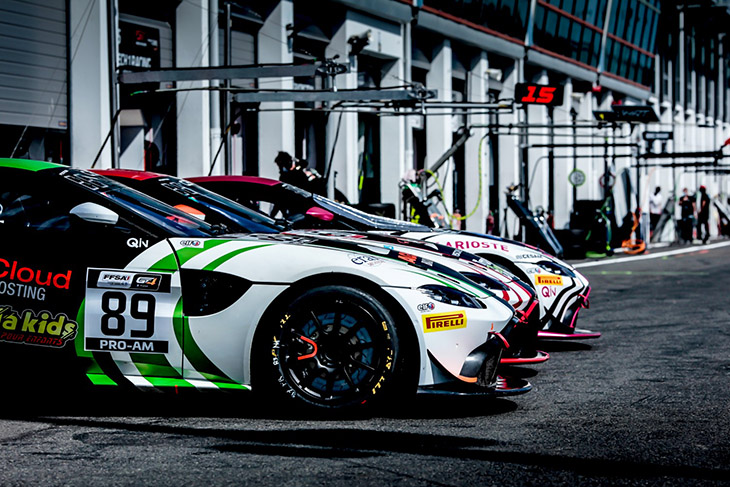 2020 Championship runners-up Nicolas Gomar and Mike Parisy are another crew in now-familiar machinery, they’ll be even more of a threat with a season of experience behind them in their #89 AGS Events Aston Martin Vantage AMR GT4.

Vincent Beltoise and Rodolphe Wallgren finished third together in the points standings last season. In 2021 they each have a new team-mate in a pair of Mirage Racing Alpine A110 GT4s, Beltoise with ex FIA WEC LMP2 driver Romano Ricci in the #13 Alpine, Wallgren with Gaël Castelli in the sister #222.

Amongst other former FFSA GT champions, Fabien Barthez is teamed with Thomas Drouet in the #16 Team AKKA-ASP Mercedes-AMG, Anthony Beltoise is with Olivier Esteves in the #21 Sainteloc Audi R8 LMS GT4, Éric Debard with Simon Gachet in the #81 AKKA-ASP Mercedes-AMG and Morgan Moullin-Traffort with Michaël Blanchemain in the #27 Team Fullmotorsport Audi. 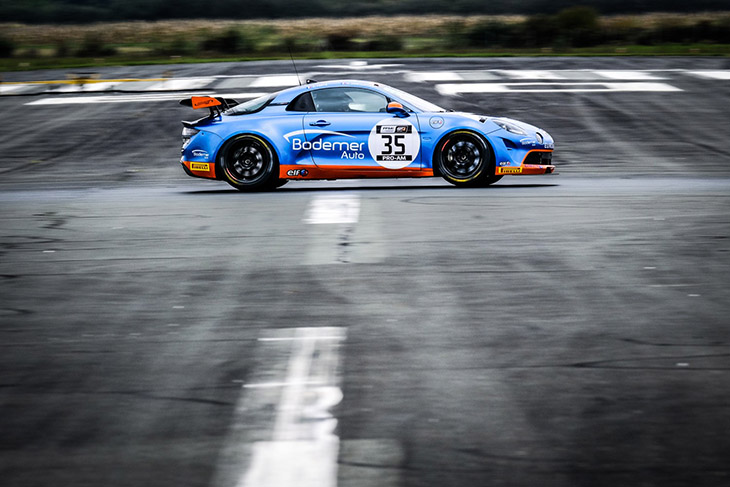 And there are other very strong contenders too:  Jean-Luc Beaubelique-Jim Pla in the #87 Mercedes-AMG from AKKA-ASP, 2021 Dubai 24 Hours winner Alain Ferté joins Grégoire Demoustier in the #35 Bodemer Auto Alpine, Cyril Saleilles is paired with Adrien Tambay in Sainteloc’s #14 Audi and Rudy Servol has Nicolas Prost as his team-mate in the #36 CMR Alpine. 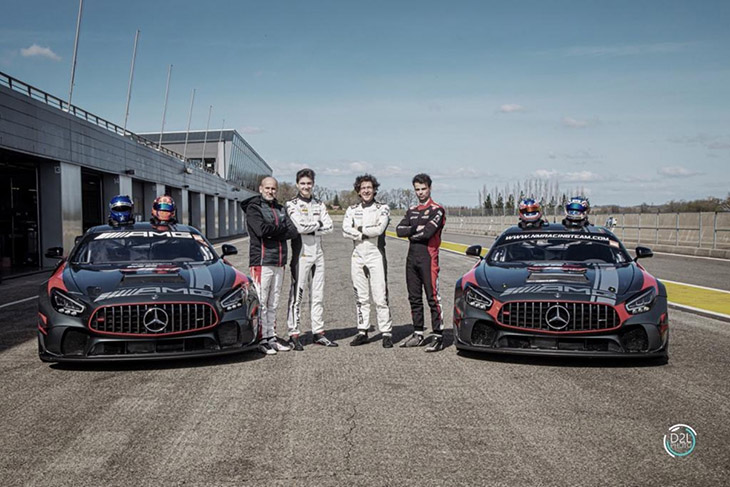 There are new teams joining in 2021 too:  JSB Competition, with the owner-driver Julien Briché and Jean-Laurent Navarro in an Aston Martin, and the Spanish squad NM Racing Team call on the experienced Christopher Campbell (fourth in the championship and double winner in 2020) and swift Spanish hopeful Lluc Ibanez for their Mercedes-AMG GT4.

The Silver Cup debuted in the French Championship just last season and instantly saw take-up, especially from (very) young drivers eager to make a name for themselves on the French GT scene.

Matéo Herrero is one of them! Double winner in Albi last year, the 18-year-old is entering his first full season in FFSA GT with CMR’s #110 Alpine and with 2019 runner-up Stéphane Lémeret as a teammate.

Coming from French Formula 4, Romain Leroux is the same age as Herrero and he can count on the advice of European champion and current Aston Martin factory driver Valentin Hasse-Clot in the #007 AGS Events Aston Martin Vantage AMR GT4. 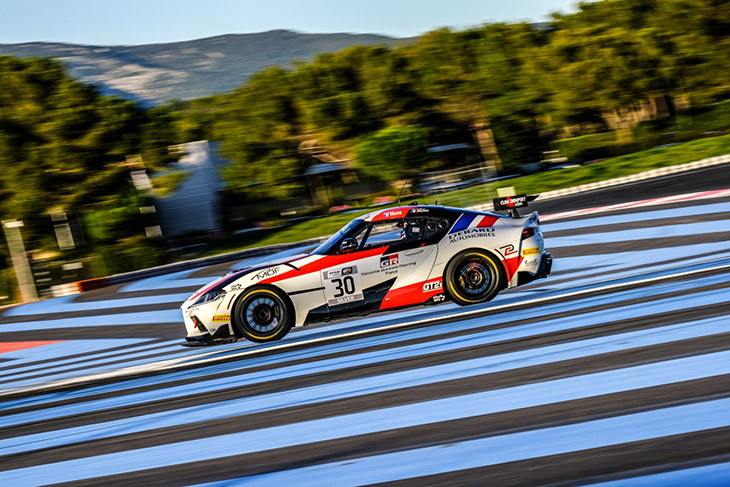 Leroux’s F4 opponent last year, Loris Cabirou (16) joins reigning Am champion Wilfried Cazalbon to defend CMR’s interests in the #30 Toyota GR Supra GT4. The other Supra will be entrusted to the young Belgian Antoine Potty (17) and to Erwan Bastard, who also moves from the Am class to the Silver category in a pairing that is set to attract plenty of attention! 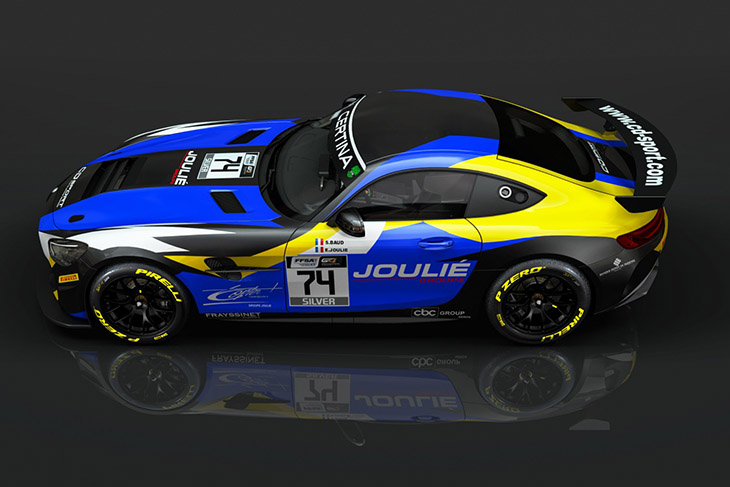 Finally, the class welcomes a more experienced pairing, the #6 Team Fullmotorsport Audi of Lonni Martins and the returning Sacha Bottemane.

After battling for the Am Cup crown until the very last race of 2020, Christophe Hamon and Pascal Huteau are back to try to go one better (two better in the case of Hamon!) in their #5 Team Fullmotorsport Audi R8 LMS GT4 from Team Fullmotorsport.

The Christophe Carrière-Didier Dumaine pairing aboard their #161 AGS Events Aston Martin could be a real title three in the lass though with Jean-Charles Rédélé and Laurent Coubard in the #76 Bodemer Auto Alpine also looking to build upon strong form last season.

Lebanese pairing Jihad Aboujaoude and Shahan Sarkissian (#4 CD Sport Mercedes-AMG) could also aim for the podiums together with their team-mates in the #3 AMG, Paul Paranthoen and Aurélien Robineau. 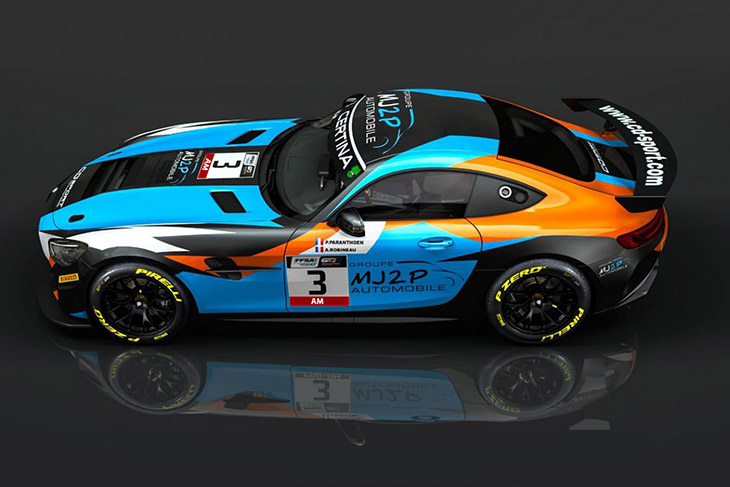 Other debutants, Spaniard Alberto Martin and Andorran Marc Oriol Lopez Gutierrez, will crew a second NM Racing Team AMG whilst AGS Events pairing Lauris Nauroy and his new teammate Stéphane Debrosse will also be aiming for the podiums in the Am Cup.

Nogaro will also welcome some race-by-race entrants with the #50 Espace Racing BMW M4 GT4 for Christian Philippon and Franck Labescat currently uncommitted for future events together with the K-Worx Ginetta G55 GT4 of Nelson Lukes and Benoit Castagné.