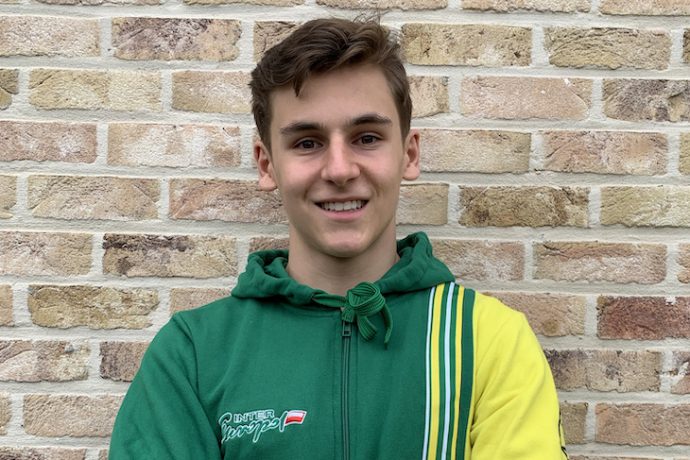 De Wilde’s career thus far has seen him race in single-seaters, but he is now switching to endurance racing with an aim to be a professional driver in 2023 and to participate in the 24 Hours of Le Mans on its 100th birthday. Besides the European Le Mans Series, this year he will also contest in the Alpine Europa Cup.

With the good news of a competitive crew in the primary #13 Ligier comes bad news of continuing travel difficulties ruining the team’s plans for the sister #14 car, the team’s initially signed crew unable to travel from Brazil, Inter-Europol is now seeking a last-minute deal in a push to get two cars on the grid for Barcelona in just two weeks time.

Ugo de Wilde: “After a very productive test at Barcelona, the team made me a very good offer which I gladly accepted and am very happy to participate in the full championship with them. Of course, I still hope that we can add the Road To Le Mans, the race before the 24 Hours. But for this, we need to find a small additional budget.

“There are several reasons why I signed with this team. They have a lot of experience in LMP3, resulting in three vice- championships in the ELMS. And they are tired of finishing second and say they will do whatever it takes to take the title this year. I am happy to do this together with them.”

Martin Hippe: “I am very happy and grateful to be back with Inter Europol Competition in 2021 for my 6th year in the ELMS. It will be another interesting season with my young teammate. For sure it will not be easy as the competition is getting better and better each year. But that is exactly the challenge I am looking for.“

Sascha Fassbender (team manager): “I am very happy that Ugo is part of our team for the 2021 season. He proved his talent early on and is now taking the next step with us. He will certainly surprise us positively once or twice. At the moment we are still in negotiations with a 3 rd driver. This should be confirmed by the prologue at the latest.” Fassbender adds: “Unfortunately, the pandemic is throwing a spanner in the works for the second year in a row.

Our car #14 was already fully occupied early in the year with a trio of drivers from Brazil. Unfortunately, travel restrictions made it impossible for them to compete in the 2021 season. So, with a heavy heart, we terminated the contract on Saturday. Of course, everything is fully prepared, and we can still bring the car to the start in Barcelona at a short notice.”