Iron Dames, the all-female race project from Iron Lynx, has signed a further two  drivers to compete in the 2021 season and has reshuffled their previously announced line-ups. 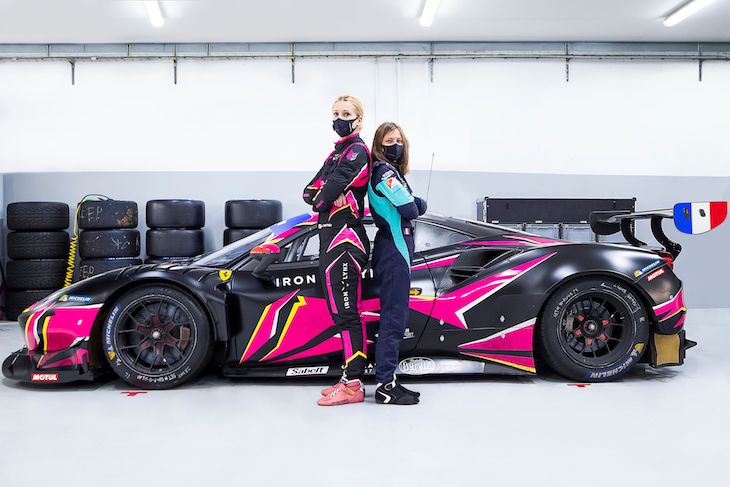 Pin, was one of 20 aspiring female racers who took part in the FIA Women in Motorsport Commission’s talent detection programme last year and follows in the footsteps of eventual winner Maya Weug who will also be driving for Iron Lynx in 2021 in the Italian Formula 4 Championship.

“We are extremely happy that Doriane and Esmee are joining us,” comments Deborah Mayer, project leader, Iron Dames. “In Iron Lynx, they will be surrounded by a group of amazing and very experienced drivers which are sure to help them integrate and develop further within the GT environment. We are convinced that they can do a great job and I wish all of our drivers good luck for the season.”

In addition to the new driver signings, Iron Lynx has shuffled its driver line-up in its World Endurance Championship (WEC) and European Le Mans Series (ELMS) entries. Katherine Legge will now switch to compete in the WEC alongside Manuela Gostner and Rahel Frey. Meanwhile Michelle Gatting will join Esmee Hawkey and Rahel Frey for the ELMS.