The team, founded in 2018 by Bulgarian racing driver Georgi Donchev has mainly been involved in Porsche one-make racing. “We have followed the ADAC GT4 Germany closely over the past two years and are convinced of the concept. That’s why we can’t wait to be part of the upcoming season, ”explains team manager Aleksandar Tsvetkov.

The driver line-up will see an all-Bulgarian pairing in one car. Pavel Lefterov and 16 year old  Stefan Bostandjiev. “We want to develop young Bulgarian talents and advance them in motorsport. So we are really very happy that Stefan will compete in our vehicle. He is Bulgarian but lives in the UK. There he already gained his first motorsport experience, for example in kart racing. Pavel, who won a class in the 24h race at the Nürburgring in 2019, will act as his coach and will develop him further at all levels. It’s not just about being fast on the racetrack, but also about giving him all the other qualities so that he can become a professional racing driver, ”explains team manager Tsvetkov.

The second Porsche is shared by a third Bulgarian, Tano Neumann and Joachim Bölting, this duo started successfully in ADAC GT4 Germany in 2020, but for a different team taking third place in the  Trophy ranking.

Two GR Supra GT4 will be fielded in the GT4 class of both the Sprint and Endurance classes of the Italian GT Championship via a new partnership between Toyota Gazoo Racing Europe GmbH and the Duell Team led by Alan Gomboso. 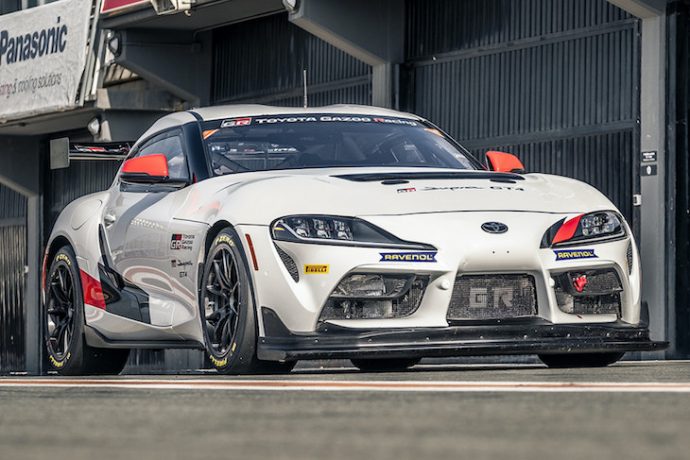 “I am really thrilled by this partnership, team owner Alan Gomboso stated, I worked hard to get to this exciting partnership with Toyota. After a long negotiation, we finalized the agreement last November 15th at Paul Ricard in the occasion of the closing round of the GT4 European Series and now we are ready for this challenge that will see us on track in the Sprint and Endurance series. Toyota’s programs are very ambitious and our team will be the only Italian dealer and this is a very important starting point for our collaboration with such a high-level manufacturer.”