It would be an Alpine one-two in race one of the 2021 FFSA GT Championship in Nogaro but neither would be the A110 GT4 of evergreen poleman Alain Ferté.

The 65-year-old reached the mandatory pit stop as the leader to hand over the Bodemer Alpine A110 GT4 to his team-mate. But a few laps later, Grégoire Demoustier returned to the pit lane with a technical problem, game over.

At the front of the race though, the stricken Alpine A110 GT4 gave way to another: the #222 of Mirage Racing driven by Gaël Castelli and Rodolphe Wallgren. Despite a caution period 15 minutes from the end of the race, due to Vincent Beltoise’s other Alpine Mirage Racing going off track, Gaël Castelli brought it home. Already winners of race 1 in Nogaro four years ago, Castelli and Wallgren did it again in 2021!

Second place in class (but not overall) were Rudy Servol and Nicolas Prost (#36) who managed to keep the position to the finish despite a spirited final push by Mike Parisy, who had relayed Nicolas Gomar in the #89 from AGS Events Aston Martin Vantage AMR GT4.

Three Mercedes-AMG GT4 from the AKKA-ASP team found themselves in line astern behind with Fabien Barthez-Thomas Drouet (#16) in fourth, followed home by Éric Debard-Simon Gachet (#81) and Jean-Luc Beaubelique-Jim Pla (#87). 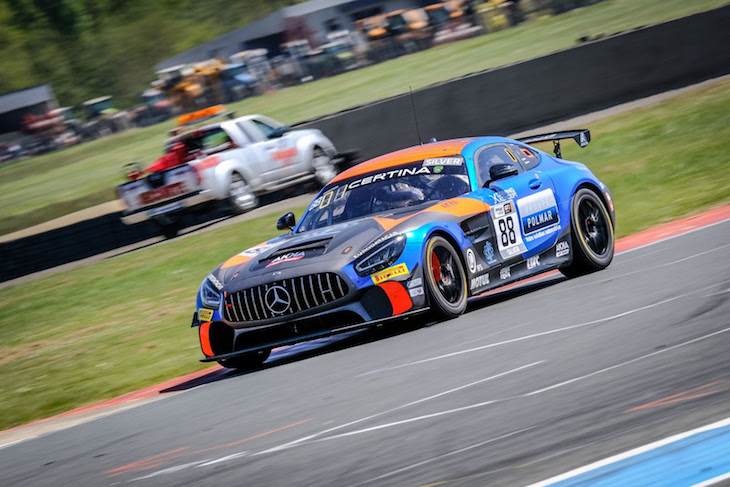 Second overall on the track, the #88 AKKA-ASP Mercedes-AMG GT4 of Paul Evrard and Timothé Buret took the win in the Silver Cup. Paul Evrard kept up with the very young pole-sitter of the category, Enzo Joulié (16 years old). But by staying too long on the track during the driver change window, CD Sport’s #74 Mercedes-AMG GT4 lost the benefit of a good start to the race. Timothé Buret then found himself at the helm and he perfectly resisted the pressure exerted by his pursuers to take the victory in his first race in FFSA GT.

Am Cup: Huteau-Hamon from start to finish

There wasn’t much suspense in the Am Cup. Already in pole position, Christophe Hamon and Pascal Huteau won their first victory 60 minutes later. 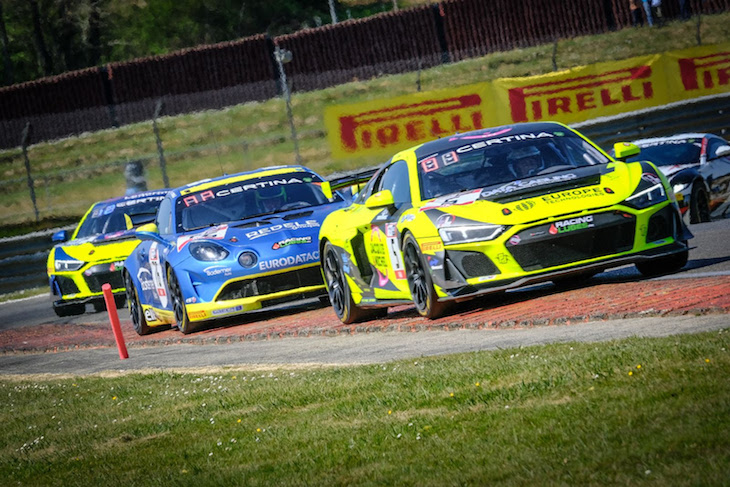 Slowed down by technical problems, Jean-Charles Rédélé and Laurent Coubard (Alpine A110 GT4 #76 Bodemer Auto) had to leave the last step of the podium to Christian Philippon and Franck Labescat (BMW M4 GT4 #50 Espace Racing). The top 5 in the category was completed by the Aston Martin of Stéphane Desbrosse-Lauris Nauroy (AGS Events) and the Ginetta of Mathieu Casalonga-Florian Briché.

The second race of the French FFSA GT Championship is on Easter Monday at 13:40 local time.