Albon Tries Ferrari For Size Ahead Of DTM Debut

Alex Albon has tested for the first time in the Ferrari 488 GT3 Evo that he will campaign in the AF Corse-operated and Red Bull/ Alpha Tauri-backed DTM programme. 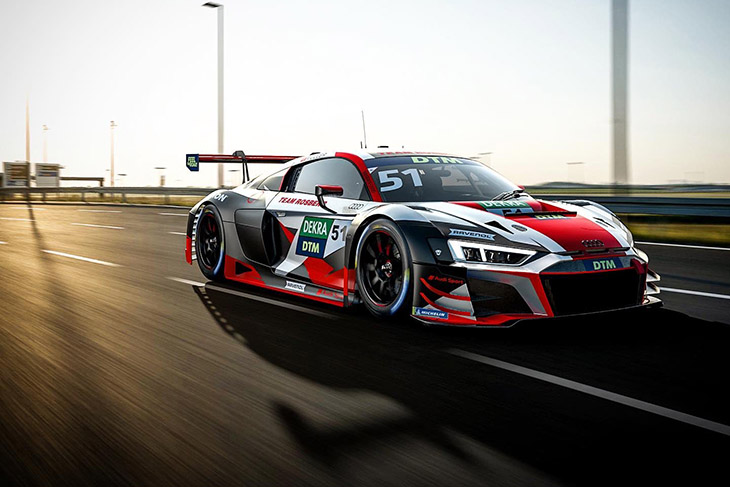 Nico Muller has shown off the livery for the Audi R8 LMS GT3 that he will be campaigning in the 2021 DTM alongside a sister Team Rosberg car for US driver Dev Gore. 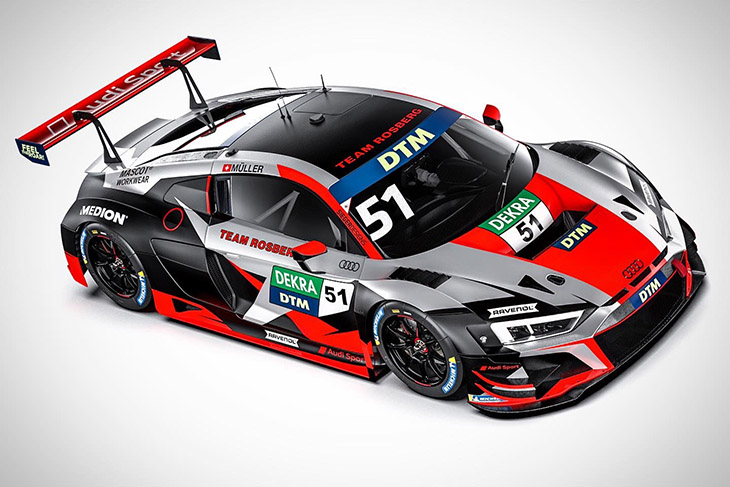 T3 Motorsport has presented the design and driver pairing of their first Lamborghini Huracán GT3 Evo for the ADAC GT Masters by Maximilian Paul and Hugo Sasse. 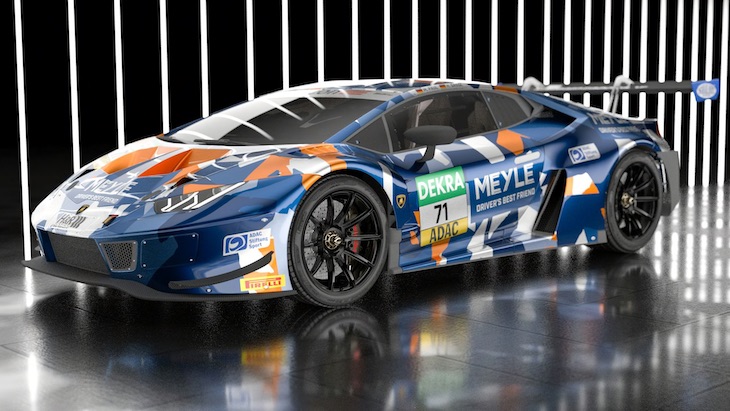 The pair form one of the youngest driver duos in the Championship: Paul is 21 years old, and Sasse, who is new to the series, is the youngest driver in the field at 16. Both are part of the T3 Motorsport youth programme. While Paul is already contesting his third season with the T3, Sasse is advancing into GT3 after starting with the team in the ADAC GT4 Germany where he achieved several podium places.

“With Maximilian and Hugo we are continuing our promotion of young talents. I am sure that they will not only cause a stir this season because of the spectacular look of the car, ”says T3 team boss Jens Feucht. “We have developed a completely new and unusual design for our number 71 Lamborghini. We are pleased that we can not only continue our cooperation with our partner Meyle, but even expand it.”

This season, T3 Motorsport is fielding three Lamborghini Huracán GT3 Evos for the first time in the ADAC GT Masters. “We should get the first vehicles in the next few days,” said Feucht. “After Easter, we want to announce our drivers for the second Lamborghini and for the ADAC GT4 Germany.”

French squads CMR and Arkadia Racing have confirmed they will field Alpine A110 GT4s in this year’s GT4 European Series. 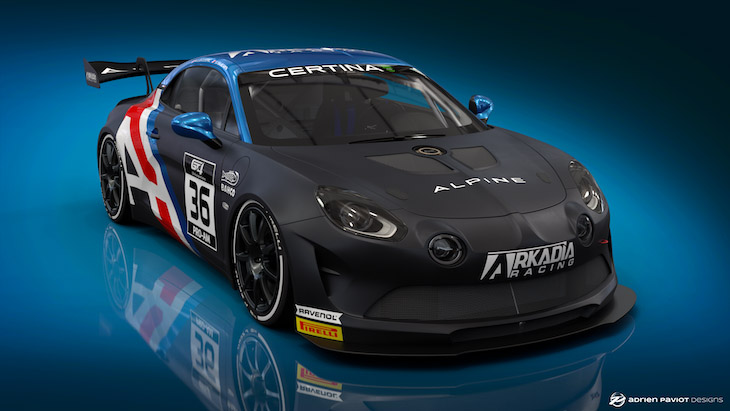 Charly and Sabine Bourachot’s CMR team will field one Alpine A110 GT4 for Vincent Beltoise and Loris Cabirou in the Silver Cup. CMR last ran the Alpine A110 GT4 in the GT4 European Series during the 2019 campaign, before switching to the Toyota GR Supra GT4 last year.

This season the Alpine A110 GT4 is back full-time, with 16-year-old Cabirou teaming up with experienced Alpine driver Beltoise.

“I am very pleased with my participation in GT4 Europe in 2021. I wanted to accompany Alpine in Europe because I am convinced that the A110 GT4 has the means of showing off in the European Championship,” said Beltoise.

“For the package to be perfect, you need a good teammate, and by associating with Loris I already know that the collaboration will be good. After the first runs I am now confident on our means to perform,” he added.

“I am very happy to compete in the European Championship alongside the CMR team and Vincent Beltoise. Thanks to his experience, I will be able to learn from Vincent throughout the year,” said Cabirou.

After a one-year absence, Street Art Racing is back in the GT4 European Series in 2021. 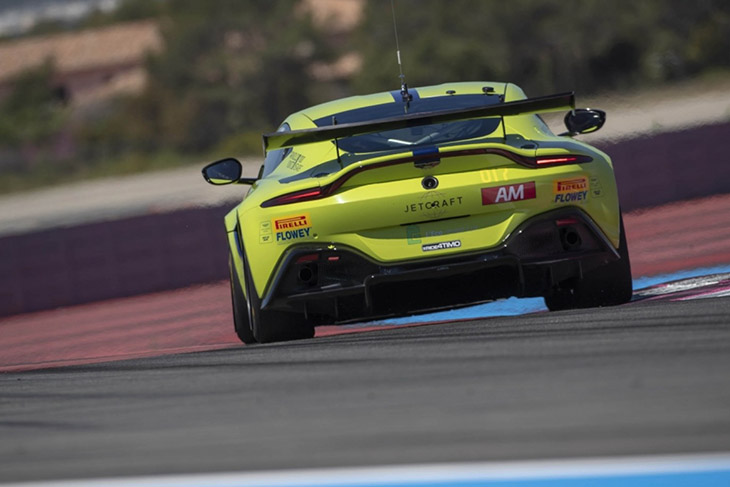 The Belgian squad missed the 2020 season as a result of the pandemic, but will be back on the grid this season with its Aston Martin Vantage AMR GT4. Pascal Bachmann, the 2019 Am Cup winner, will return to the series and the Swiss driver will share the Aston Martin with Belgian driver Paul Theysgens.

“I really missed it last year! Motorsport is a passion that is ingrained in me. As soon as there are four wheels, an engine and the goal is to go as fast as possible, I am happy and I feel the adrenaline flowing through my veins,” said Bachmann.

“I know I will never be a world champion again and that Mr Stroll will not be calling on me to drive an Aston Martin F1 car tomorrow, but I am having a great time with the Street Art team and the Aston Martin Vantage AMR GT4. After so much time away from the racetrack, I am looking forward with huge excitement to the start of the season!”

Bachmann’s teammate for the 2021 season will be Belgian driver Paul Theysgens. The 22-year-old will make his GT racing debut with Street Art Racing this season.

“Two years ago, I was only driving 4-stroke karts. I never gave up this discipline, but since then I have had the opportunity to compete in some ten races in the VW Fun Cup,” said Theysgens. “Motor sport is my life, so much so that I spend my free time giving driving lessons to children in an indoor karting centre in Wavre or even lessons on a simulator.”

“For a long time I have been a spectator or viewer of the competitions organised by the SRO Motorsports Group, including this GT4 European Series. So to be part of it is really a dream come true! My first task will be to learn as much as possible, but if we can achieve good results, that will obviously be a plus,” he added.

Team manager Damien Hellebuyck is happy to be back on track and is hopeful the team can return to winning ways soon.

“We won the European Am Cup title in 2016 and in 2019. Even though Paul is a pure GT rookie, we hope to be able to fight for more Am Cup victories. We also have a second Aston Martin Vantage AMR GT4 in our workshop which has been refurbished and is ready to go on track. We are open to suggestions and we should see it for at least a few races. In the meantime, we will be heading to Monza for the GT4 European Series debut on 16-18 April,” said Hellebuyck.

“Our vision of motorsport is above all that of a passion which we share with our partners, including those at our main sponsor Jetcraft who have remained loyal to us for several years, and all of our guests,” explained team principal, Albert Bloem. “Over the years, hospitality at the circuit has become one of our trademarks. With races being held behind closed doors, it seemed impossible to run the championship normally in 2020. The prospect of an improvement in the second half of 2021 has pushed us to go for it in this new season.”