The ACO has published the provisional timetable for Race Week of the 2021 24 Hours of Le Mans with some interesting additions and changes from previous years. With the race now rescheduled for 21/22 August this year, in the hope and expectation that some spectators will be allowed to return after the race was held behind closed doors in 2020, the race week timetable is something of a blend between the traditional pro-pandemic outline, and some of the featured introduced for 2020.

On Friday 13 August, the pre-race scrutineering procedures will be conducted at the circuit, not in the centre of Le Mans. These checks will be valid both for the Test Day on Sunday 15 August and for the 24 Hours of Le Mans itself.

Practice and qualifying sessions start with a first free practice session at 14:00 on Wednesday 18 August, the Wednesday start to on-track proceedings re-introduced this year after a later, Thursday, start in 2020.

The Hyperpole session to determine the top grid slots in each class will take place on Thursday evening between 21:00 and 21:30.

And there’s a pleasant surprise with regard to the support race bill:

In addition to the expected return of the Road to Le Mans double header (for LMP3 and GT3 cars), the one-make Porsche Sprint Challenge France and the recently confirmed pair of Endurance Racing Legends races for Its and prototypes from the ‘Nineties and Noughties’, Friday will see the debut on the full 24 Hours circuit of the VW Fun Cup (for c.180bhp, ‘silhouette’ classic VW Beetles) with a five hour race, the popular amateur formula getting a very significant boost after their planned enduro on the Bugatti Circuit fell victim to further COVID restrictions. 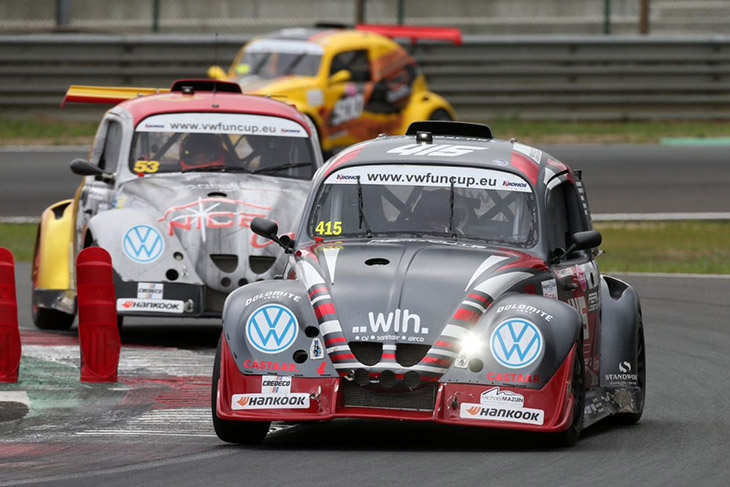 The 24 Hours of Le Mans starts at 16:00 on Saturday 21 August, the race returning to its more traditional start slot after an earlier 14:30 start last year.

To allow the compressed and enhanced schedule to proceed, the full circuit will be closed off from 08:00 on Wednesday 18 August until the evening of Sunday 21 August.

More details on the schedule, ticketing and spectator access will be released in May.