A statement via Instagram has confirmed that Esmee Hawkey, announced last week as joining the ‘Iron Dames’ #83 Ferrari effort in the European Le Mans Series has been dropped from the team with immediate effect after her Bronze driver rating was found to have been obtained with her manager having provided “incorrect information to the FIA through the mandatory application form.” 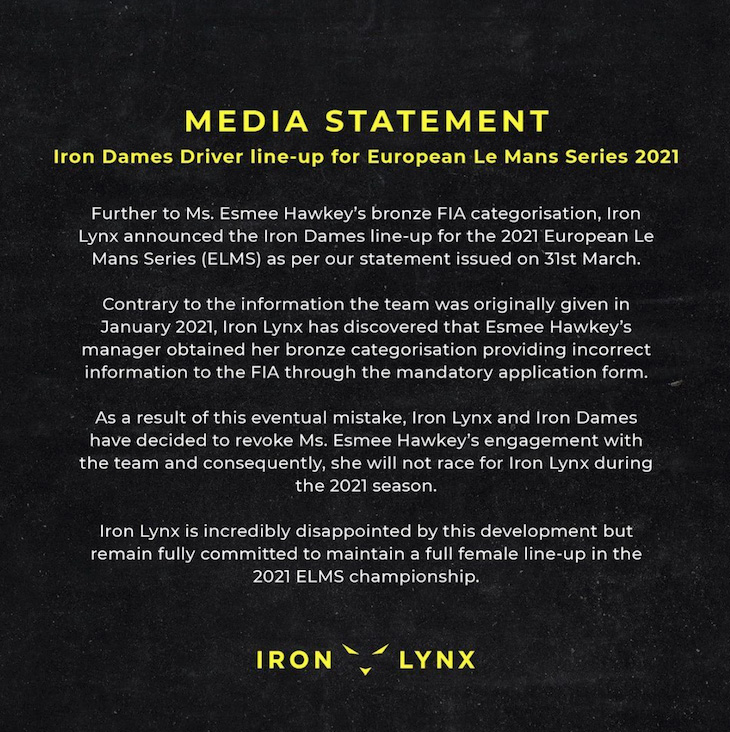 There is no immediate news of a replacement but the Iron Lynx team make it clear that they remain 100% committed to fielding an all-female team in the Series.

An approach to Hawkey’s management team elicited the response that “no party involved were at liberty to discuss the matter whilst the process was ongoing.”