Silverstone-based RAM Racing will enter the Endurance Cup for a fourth consecutive year in 2021, with the the Pro-AM class team fielding their Mercedes AMG GT3 Evo in a stunning Pink livery

Collard, 52, joins RAM Racing fresh from winning the 2020 British GT Championship title during his maiden season of sportscar racing. The former tin-top star will now swap the Barwell Motorsport Lamborghini Hurácan for the Mercedes-AMG GT3 after a string of successful tests with RAM over the last few months.

De Haan, 25, makes the step up to full-time European competition having spent three seasons racing in British GT, securing back-to-back second places in the overall championship over the last two years. His pairing with Collard means the top two GT3 rivals from last year’s British GT Championship will now race together for the first time. 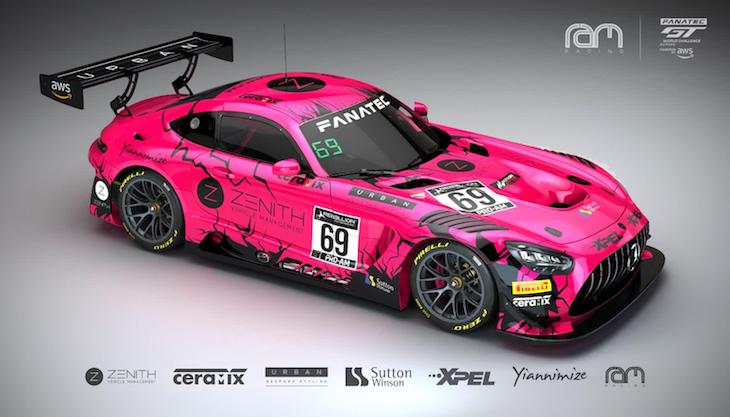 Capping the driving crew is Macleod, 33, who makes a welcome return to full-time racing this season, having held a technical and coaching position with RAM last year. Macleod, a champion in both British Formula Ford and the European F3 Open before his move into sportscar racing, has been a multiple winner in British GT, celebrated a class victory in the Total 24 Hours of Spa, and served as a factory driver for Bentley in recent seasons.

For this year’s Total 24 Hours of Spa, the trio will also be joined by Ricky Collard, son of Rob and former BMW Motorsport junior driver.

Rob Collard: “I’m delighted to be joining RAM Racing for this season, and I’m massively excited to be part of what looks like a really strong team. I’ve gotten to know RAM well, especially through racing against them last year in British GT, so I know what a class act they are. I had my first test at Snetterton and loved the Mercedes-AMG from the first moment I sat in it. It’s such a lovely car to drive, it’s slightly easier than the Lamborghini was, and I think it suits my style nicely.

I’m already really pleased with the pace I’ve shown in testing and that should only improve as I learn more about the car. It will be great sharing with Sam this year, too. He was so tough to beat in British GT last season, and together with Callum, I think we can be right up there in the Pro-Am order. It will also be special to share a car with Ricky again at Spa. We won the Pro-Am category there last year, and we’ll be aiming to do so again this time around.” 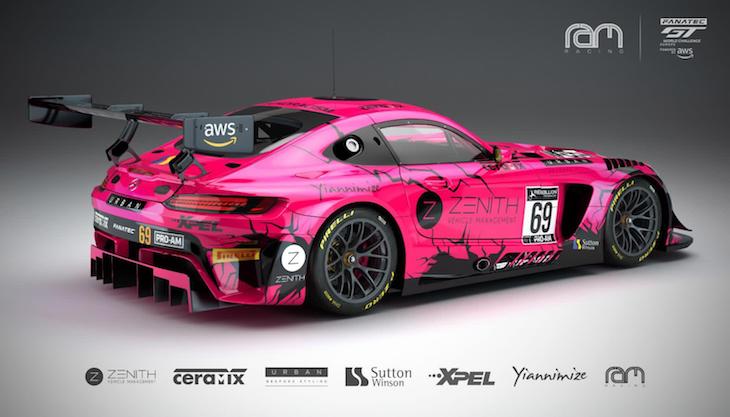 Sam De Haan said: “After three seasons in British GT, the time is right for me to take my career to the next level and step up to European competition, and there’s no better place to do that than the GT World Challenge Endurance Cup. The level of competition is intense, with so many great drivers and teams, so I’m delighted that we’re in such a strong position with our package. RAM Racing is an incredible team, the Mercedes-AMG is a really strong car, Callum is a great pro, and Rob is super-quick as he proved again last year, plus he has vast racing experience, which can only be an asset to us. Bring all that together and we should definitely be fighting at the front. Sharing with both Rob and Callum should also be a great learning experience for me to enhance my own driving. I just love being out there racing and living the dream, and I can’t wait to get started.”

Macleod added: “I’m really happy to be back doing a full season. I worked with Sam as a coach all last season, and we were competing against Rob then, so we know how good he is.

“If you had given me a blank sheet of paper and asked me to draw up a Pro-am team for 2021, I don’t think I could have done better than this. With the driving strength we have and the quality of the team behind us, we should definitely be looking for race wins right from the off.”

RAM Racing team principal Dan Shufflebottom added: “It’s great to finally confirm our plans for this year’s GT World Challenge Europe Endurance Cup. It’s a fantastic championship to be a part of, and this year I feel we have one of the strongest driver line-ups we’ve ever had.

Obviously, everybody in the team already knows both Callum and Sam well – they’re both incredibly quick and reliable racers – and getting Rob’s signature alongside them is the icing on the cake. Together they should make a really formidable Pro-am entry, and we’ll be aiming high right from the start of the year.”

The opening round of the Fanatec GT World Challenge Europe powered by AWS Endurance Cup takes place at Monza next weekend.