The latest version of the entry list for the 2021 FIA World Endurance Championship season opener in two week’s time at Spa Francorchamps confirms a 35 car entry, the Spa race recast as the season opener after the COVID-19 enforced postponement of the intended first round at Portimao.

While there are three cars in the new-for-2021 Hypercar class, there is disappointment with the absence of the new Scuderia Cameron Glickenhaus 007 cars as the team continue to develop the cars prior to committing to locking in he cars five year homologation.

Toyota Gazoo Racing GR010 HYBRIDs has the sole new cars in the class, with the addition of the Alpine Elf Matmut Alpine A480 Gibson, this the grandfathered ex Rebellion LMP1 car that has had its performance adjusted to compete in the class.

LMP2 sees a healthy 14 car class with the addition of the pair of ELMS-full season G-Drive Racing Aurus 01s and the PR1 Motorsports ORECA 07 added to the 11 full-season cars as the teams prep fr Le Mans. 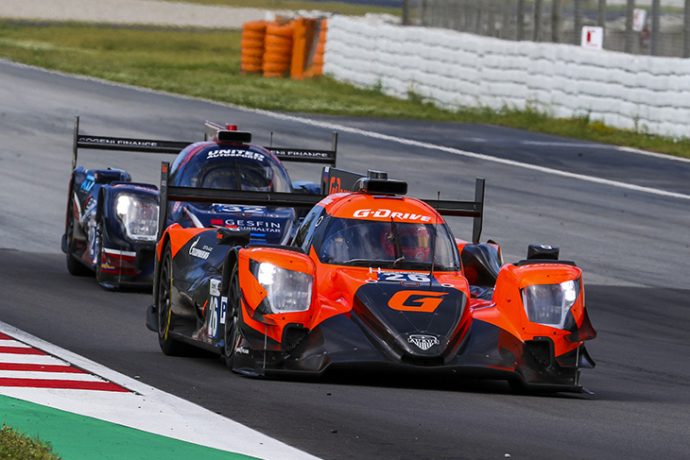 An Aurus apiece in the main and new-for-2021 LMP2 Pro-Am classes and the PR1 car entered in Pro-Am sees seven cars in each class.

PR1 field Patrick Kelly together with Gabriel Aubry and Simon Trummer whilst G-Drive, as planned, utilise Roberto Merhi alongside Roman Rusinov and Franco Colapinto in the #26, John Falb and Rui Andrade need in the Pro-Am #25 with the third driver listed as TBA.

GTE Pro has the planned five-car entry with the full-season AF Corse Ferraris and factory Porsches joined by a solo Corvette C8.R for the first appearance of the new mid-engined car outside of the USA, A first-time duo of Oliver Gavin and Antonio Garcia represents the bowtie-badged brand.

The action gets underway next Monday with the first of two days of pre-season ‘Prologue’ testing before the race weekend with the 6 Hour race on Saturday 1 May.