Toyota Motor Corporation announced today that they are currently developing a new hydrogen engine with the goal of attaining carbon-neutral mobility – and what’s more, that engine will be tested in a special entry in this year’s Fuji Super TEC 24 Hour Race

Toyota’s hydrogen engine, a 1.6 litre, turbocharged three-cylinder powerplant fuelled by compressed hydrogen, will be installed in a Toyota Corolla Sport hatchback fielded by ORC ROOKIE Racing, the team founded by Toyota Motor Corporation President Akio Toyoda. The Fuji Super TEC 24 Hour Race, which will be held this year on 22-23 May, is the crown jewel event of the Super Taikyu Series Powered by Hankook – and the only twenty-four hour endurance race held in Japan, making it the ideal proving ground for the new engine technology.

“By honing its under-development hydrogen engine in the harsh environment of motorsports, Toyota aims to contribute to the realization of a sustainable and prosperous mobility society,” the company stated in their Thursday press release. 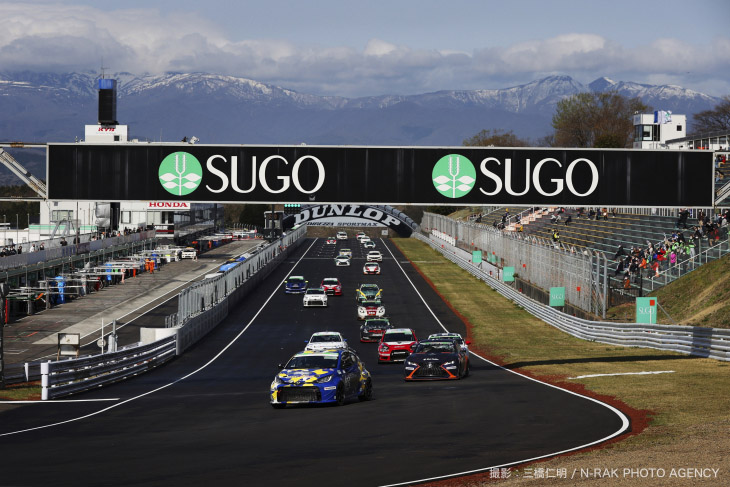 “Fuel cell electrified vehicles (FCEVs) such as Toyota’s Mirai use a fuel cell in which hydrogen chemically reacts with oxygen in the air to produce electricity that powers an electric motor. Meanwhile, hydrogen engines generate power through the combustion of hydrogen using fuel supply and injection systems that have been modified from those used with gasoline engines. Except for the combustion of minute amounts of engine oil during driving, which is also the case with gasoline engines, hydrogen engines emit zero CO2 when in use.”

“Combustion in hydrogen engines occurs at a faster rate than in gasoline engines, resulting in a characteristic of good responsiveness. While having excellent environmental performance, hydrogen engines also have the potential to relay the fun of driving, including through sounds and vibrations.”

“Toyota has long engaged in the innovation of engine technology. Also, it is applying in production vehicles the technologies that it has continued to refine through its participation in motorsports, with the GR Yaris launched last September being one example. And when it comes to safety, Toyota intends to apply the technologies and know-how that it has accumulated through the development of fuel cell vehicles and the commercialization of the Mirai.”

The hydrogen fuel will be sourced from the Fukushima Hydrogen Energy Research Field in Namie, Fukushima Prefecture. “While aiming to expand hydrogen infrastructure by promoting hydrogen use, Toyota intends to continue advancing efforts for economic recovery and revitalization of the Tohoku region together with all parties concerned,” the statement continues.

“Toward achieving carbon neutrality, Toyota has been strengthening its efforts, such as by aiming to promote the use of hydrogen through the popularization of FCEVs and numerous other fuel-cell-powered products. By further refining its hydrogen-engine technologies through motorsports, Toyota intends to aim for the realization of an even better hydrogen-based society.”

The hydrogen-powered Corolla Sport will be the latest in a long lineage of innovative racing vehicles from Toyota. The most ubiquitous of these are the series of Toyota LMP1 Hybrids which have competed in the FIA World Endurance Championship – the TS030 (2012-13), TS040 (2014-15), and the three-time 24 Hours of Le Mans winning TS050 (2016-20). This trio of cars will be succeeded in 2021 by the hybrid-powered Toyota GR010 Le Mans Hypercar.

But the roots of the Toyota Hybrid prototypes trace back to two hybrid-powered specials that competed in the 2006 and 2007 Tokachi 24 Hour Race, the former crown jewel of the Super Taikyu Series. Toyota partnered with SARD Racing to enter a hybrid Lexus GS 450h in the 2006 race. In 2007, their joint-developed Toyota Supra HV-R, developed from an ex-Super GT GT500 Toyota Supra, won the race overall, becoming the first hybrid vehicle to win a major automobile race against conventional petrol and diesel-powered machines.

Now, fifteen years after Toyota broke new ground in racing technology during the Super Taikyu Series’ 24-hour race in Tokachi, they aim to do the same in the 24 Hours of Fuji in May with their turbocharged hydrogen engine.